After some enjoyable months of urban camping, we were ready for some open landscapes!  During the last week we have appreciated our rural respite through California into southern Oregon. 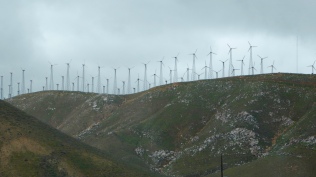 We were amazed at the amount of traffic in this desolate area between Las Vegas and Los Angeles!  We were even more amazed when it came to a crawl.   Fairly soon we saw a sign that indicated a California inspection station two miles ahead.  I had forgotten about the inspection station when I had stocked up on groceries the day before!   After creeping along for two miles, we came to the station and they were not stopping anyone.  The good news is we got to keep our produce! 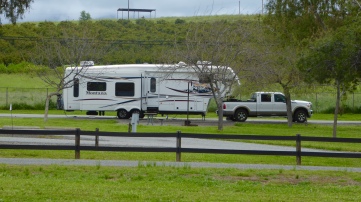 We spent one night at Success Lake – a ways north of Bakersfield. It was so rural at the lake that there wasn’t cell or data service (tolerable for one night). We loved our view from our campsite the next morning. 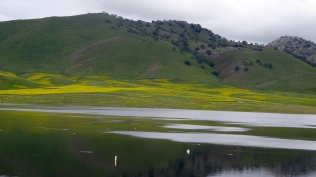 The hills surrounding the lake were very green and I saw a number of these large white birds on the lake.  Our birder friend Mark says it is a white pelican.  Thanks Mark!

The next day we traveled to a park between Fresno and Yosemite. Our primary reason for being here was to spend time with Aloha and Bob, our camp hosting partners from last summer at Farragut State Park. It was terrific to spend a couple days with them both at our place in the park and then at their home near Fresno.

Elko even got to spend time with his friend, Yukon! 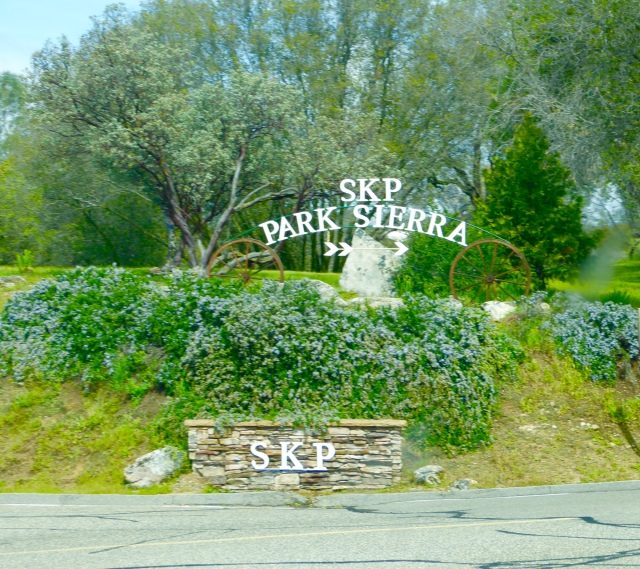 As a bonus, we really liked the RV park where we stayed! Park Sierra is a co-operative – built, occupied and maintained by Escapee (SKP) RV club members – a group we belong to. The park was beautifully designed to embrace the natural landscape and the friendly residents and cooperative spirit were very appealing. We aren’t looking for an RV home in central California, but if we were ready to consider such a thing – Park Sierra might be the place.

Our next stop was Minden Lake, north of Sacramento. 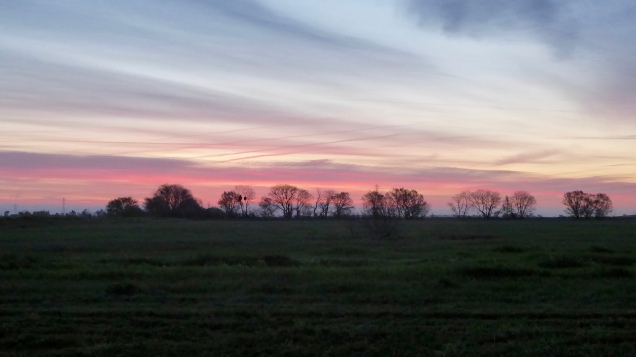 This campground was uninspired but the lake on one side and the agricultural fields on the other satisfied the current rural preference.

The last time we drove this route was in November of 2014.  We took pictures of the historically low water levels in Lake Shasta due to the extended California drought.

Although still considered to be in drought condition, the wet winter and spring have the lake and surrounding areas looking much better.

We crossed the border into Oregon and came to the familiar Emigrant Lake County Park in Ashland, Oregon.  While setting up, Randy realized he “knew” our neighbor.  Bill Gehr writes technical articles for Trailer Life magazine and Randy reads them every month. They talked shop for a while.

We are in the same campsite as our last stay here in November 2014 and took these pictures from a similar vantage point. This lake is looking good too! 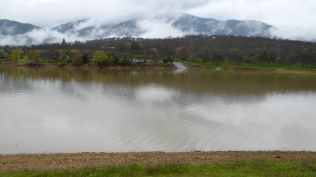 Our main reason for coming to Ashland was to see family. My parents came down from Vancouver to meet us and we planned to spend time with cousins Guerin and Donna. Unfortunately, illness kept Guerin and Donna from joining us but we had a good time with my parents. 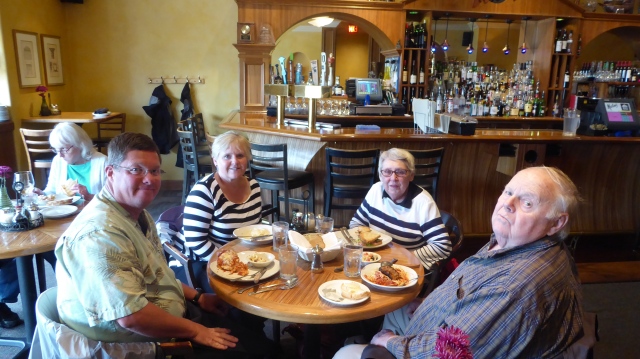 For you veterans of the Idaho Shakespeare Festival – familiar actress Sara Bruner is now here in Ashland. We didn’t see her in this play but the playbill indicated she is in two productions at the Ashland Festival this year.

We also celebrated Elko’s birthday!  We adopted him six years ago and now consider him to be eleven years old.   He is such a sweet boy- and a very easy traveling companion in this lifestyle.  Elko’s favorite thing to do is go outside and hang with his dad!  Happy Birthday Elko!