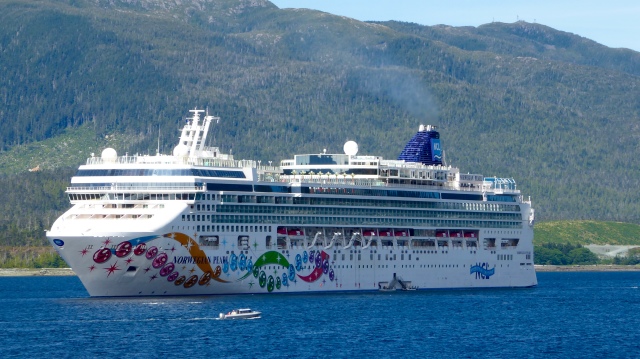 The captain of the Norwegian Pearl said we had the best weather of the season for our 7 day cruise to Alaska. The weather, the scenery and the company were all wonderful! 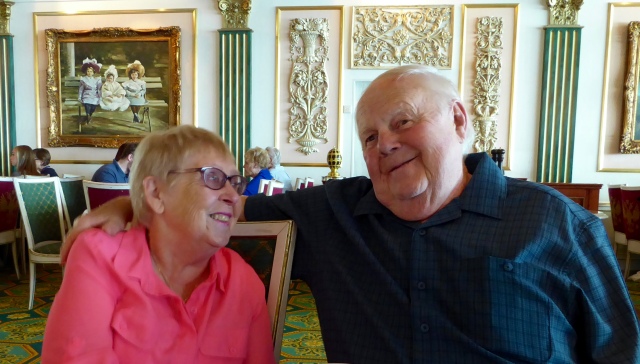 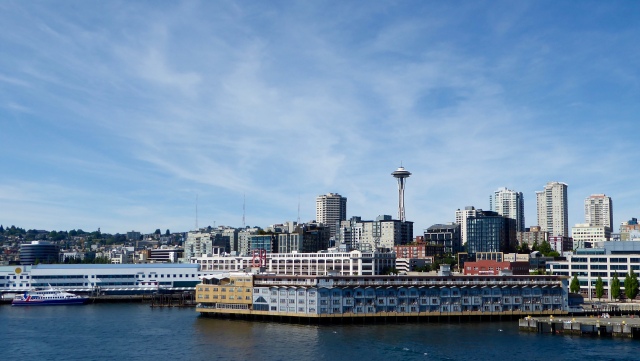 Our first “sea day” was cold and blustery but we had a ship to explore and visiting to do. Fortunately, that was the only bad weather we had the entire week. 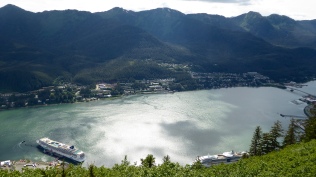 Our first stop was Juneau. We took the McRoberts Tram up the hill and enjoyed a short hike and the view.   We saw this Eagle on a tower – one of many we saw in Alaska! 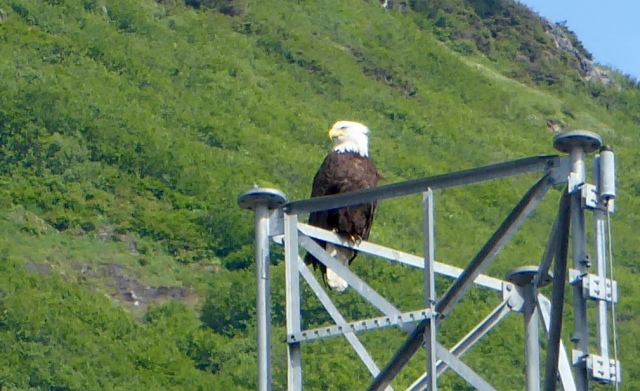 We rode up in the tram with this paraglider. After hiking up even further, he gets about one hour of flight time. 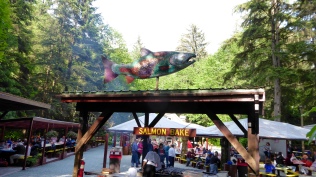 We also enjoyed a Salmon Bake excursion in Juneau as well as a nice sunset as we departed. 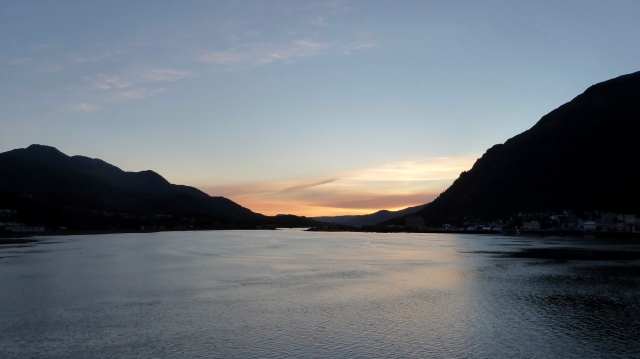 The Ruby Princess and Amsterdam sailed with us all week! 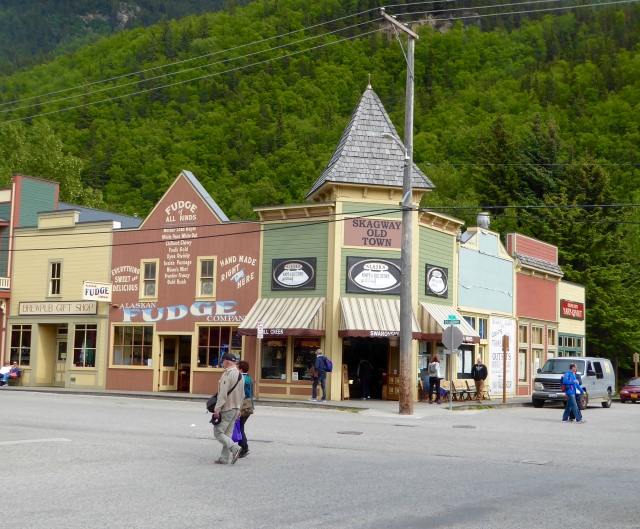 The next port was historical Skagway.   These small “cribs” remain from Skagway’s colorful history.  The one on the right advertises as a House of Negotiable Affection. 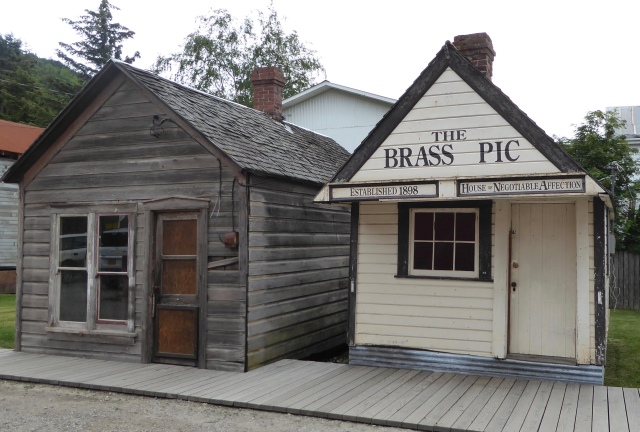 We’ve been to Skagway before and are always amused by the sight of our ship docked at the end of the street! 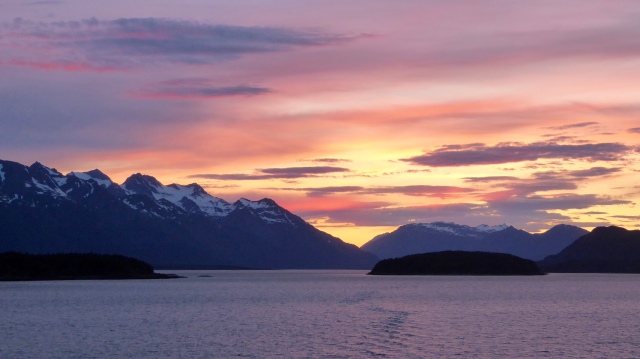 Leaving Skagway, we enjoyed the best sunset of the cruise. The entertainment on the ship was quite good, but that night Randy and I opted for natural entertainment – a sensational sunset viewed from our balcony!

That was followed by another day at sea and a cruise through Glacier Bay. We saw several glaciers and a few whales. Good times!

That evening we all celebrated my parents’ 60th Wedding Anniversary!

Arriving in Ketchikan, we left the ship bright and early  because our ship was only able to be at the pier until 8:45 a.m. when it had to leave because another ship was scheduled to  dock. Last week the cruise ship, Celebrity Infinity, accidentally took out one of Ketchikan’s four piers  (video here).  That pier won’t be fixed until the conclusion of the summer season. Thus, one ship each day has to stay offshore and “tender” passengers back and forth. Our ship was able to drop off those that went ashore early, but those who left the ship later, and everyone returning, had to tender back. 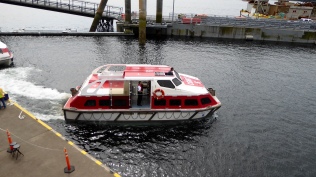 The tenders were the ship’s lifeboats.

In between getting off our ship and getting back on we went on a Duck Boat Tour of Ketchikan, seeing sites by land and sea. 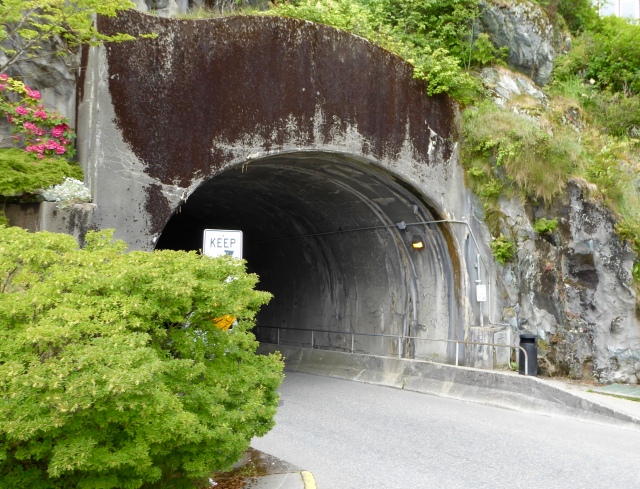 We went through this tunnel which is included in the Guinness Book of World Records. It is the only tunnel in the world where you can go through it, over it, around it and, if the tide is right, under it! 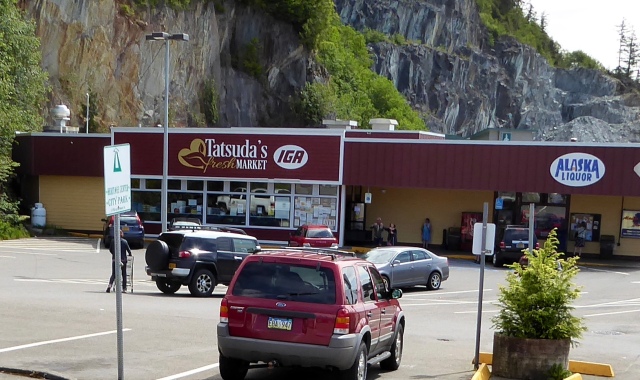 She also told us about the Tatsuda family who operated this grocery store before World War II. Being of Japanese decent, they were forced to relocate to an internment camp during the war. When the Tatsuda’s returned to Ketchikan, they found that the townspeople had continued to operate the store in their absence and presented them a check for their proceeds. Nice!

We enjoyed another sailing evening and day as we continued to head south. We were able to play several installments of the family rummy game and Randy and I were able to take our grandson to the “Guppies” play room for his activities. 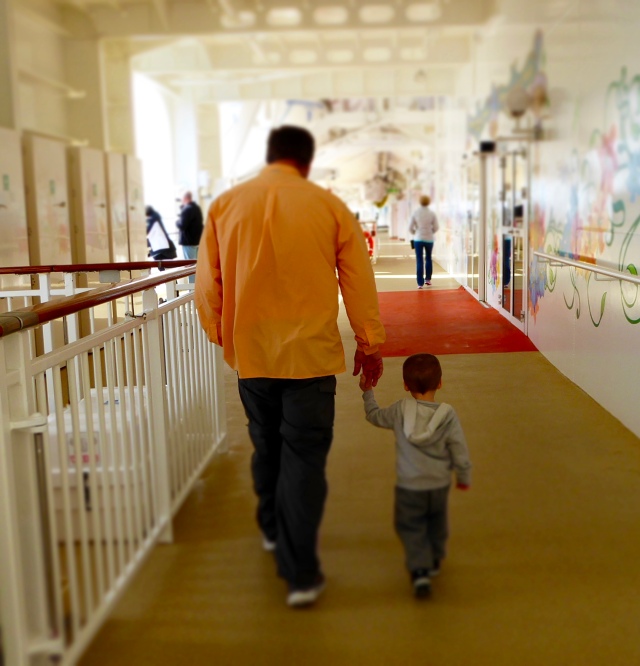 Beema-man loves hanging out with his little guy!

We took an excursion to Craigdarroch Castle,  completed in 1890.  Craigdarroch means “rocky oak place” in Gaelic.  The castle measures over 25,000 square feet with 17 fireplaces.   Craigdarroch had electric lighting a year before New York City.  It also has an interesting history.

Craigdarroch was built for the Dunsmuir family but unfortunately, Mr. Dunsmuir didn’t live to see its completion.    Mrs Dunsmuir, with three of the daughters and two grandchildren, were the only family members to live there. After 18 years as a family residence, Mrs. Dunsmuir passed away and none of the eight children  wanted this beautiful house.

All of the furnishings and sections of the property were sold. A lottery was held to see which of the new section owners would also receive the house. The winner chose not to live there and mortgaged the house which he eventually lost.

Craigdarroch was a Military Hospital during World War I and then Victoria College. It held offices for the Victoria School Board and then the Victoria Conservatory of Music. It has been a Historical House Museum since 1969.

Following another overnight aboard ship we arrived back in Seattle with the feelings of a great time well spent.   Thanks for the cruise mom and dad!!!!    We had a family breakfast and started going our separate ways. 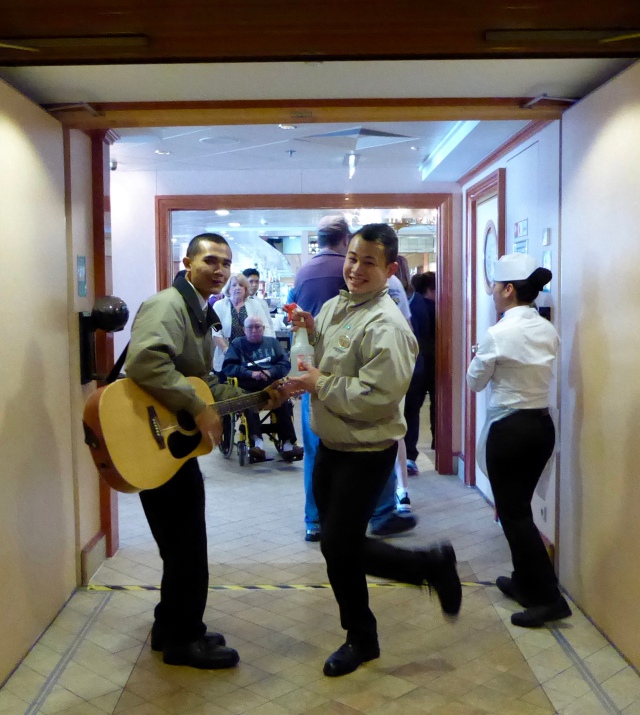 The “washy-washy” group sang and danced as they kept our hands sanitized and everyone healthy!

My parents, aunt, and we went to a Mariner’s Game. Unfortunately, the Mariner’s lost…

These Army recruits did their swearing in as part of the opening ceremonies.

Fortunately, the nearest garlic fries were a row down and several seats away. In the past we actually changed seats  because of the very pungent garlic fries at Safeco Field!

After the game, my parents headed home to Vancouver and we headed to eastern Washington to take my aunt home, and reunite with our boy Elko, and the trailer.  (Thanks Lisa, Chris and Kylee for keeping our boy!)

This morning Randy is having two new tires put on the trailer (again) and the axles aligned (again) before we take off.  Today’s destination is Missoula, Montana as we begin a northern tier itinerary across the US.  We are scheduled to be in Vermont in about six weeks.  We are glad to have you along on our journey.