When I wrote Slowing Down in Rapid City, I didn’t expect that the blog would slow to nothing for five weeks. We were anticipating fun times heading to Laramie, Wyoming to meet Kent and Pam for the Boise State football game. 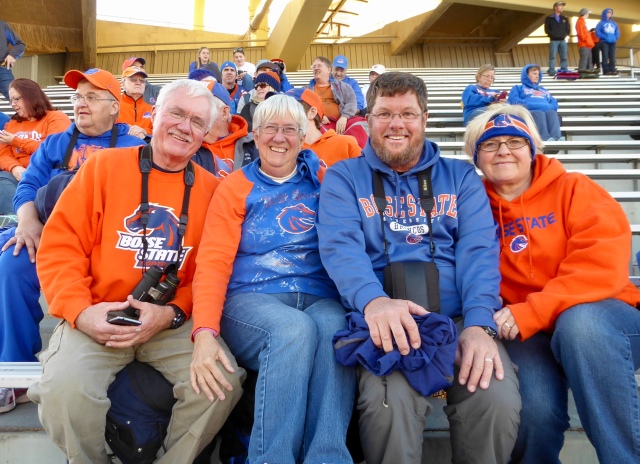 It was kind of fun, but three years in a row our road trip game with Kent and Pam has been a BSU loss… with huge bowl game implications. I couldn’t get too interested in writing about that.

We went home to Boise and spent a nice week with family and friends. We saw our grandson dressed as an adorable fisherman on Halloween. 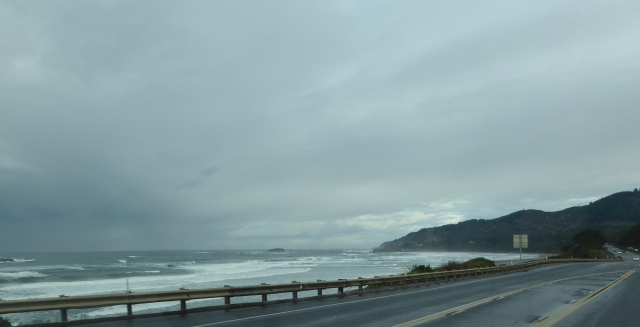 Then we spent a cold, wet and dark week on the coast near Newport, Oregon. 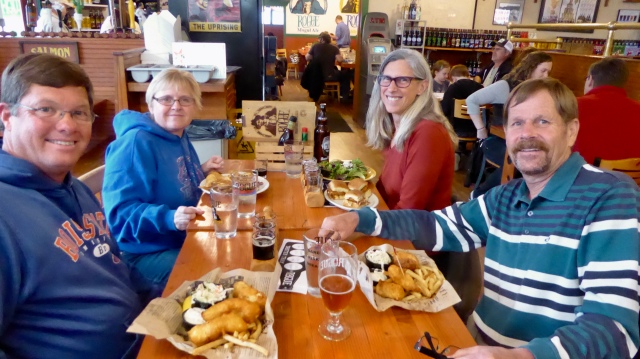 Facebook facilitated a pleasant, unexpected lunch with friends Jack and Marilyn who were also in Newport.

We spent a week with my parents in Vancouver and a long Thanksgiving weekend with family in eastern Washington. Good times were spent both places including Seahawk fests, Russian Rummy card games and a movie in the local theater.

We saw the movie Allied with Aunt Bonnie!  Each seat is a power recliner with unlimited positioning, drink holders and food trays……nice!

We also enjoyed eating the results of competition chili tweaking –  one pot of green and two reds.  Cousin Kylee’s red was hot but mellowed nicely with sour cream!

After Thanksgiving we began our trek south for winter.  We spent a very cold, snowy night in Bend, Oregon and then crossed into California.

We always forget about the inspection stations going into California but are rarely questioned and have never before had anything confiscated.  This time we had to give up mangos purchased at Costco – I bought more mangos at a California Costco a few days later.

So, what finally got me motivated to write again?   Redding, California.   Redding was sunny and warm…..okay, mostly sunny and it was warmer than we’d been in a month….and there were things to see and do.    Redding, Set, Go!

We had an interesting tour of the Lake Shasta Dam -it was even free.  When measured by concrete mass,  this is the second largest dam in the United States – second to Grand Coulee Dam in Washington State.  Enough concrete was used in the Shasta dam’s construction to make a sidewalk, three feet wide and four inches thick, all around the earth at the equator.

The dam was built between 1937 and 1944 and the concrete won’t be fully cured until 2045.  There are 5.3 miles of tunnels within the dam for inspection and seepage (they don’t call it leaking).

The water flows are seepage.

This tunnel was tiled for tourists and had a unique echo quality. Clap here and you can hear it come back at the speed of sound.

The primary purposes for building the Lake Shasta Dam were flood control and irrigation. Power generation is a byproduct in times of peak need.  It is sold regionally and all the way to west Texas and North Dakota. 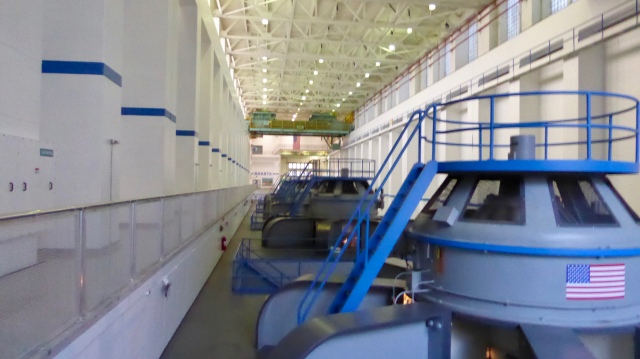 A view from atop Lake Shasta Dam 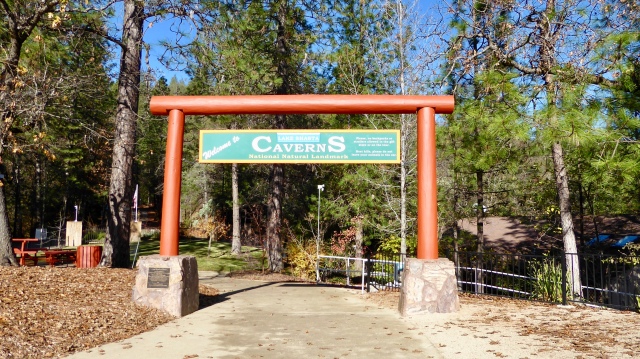 The next day we went to the Lake Shasta Caverns.  First we had a nice boat ride across the lake to a remote peninsula accessed only by water.

Sometimes it is nice to go off season!

We walked a great set of caverns with lots of the interesting formations.

The caverns were discovered in 1878. 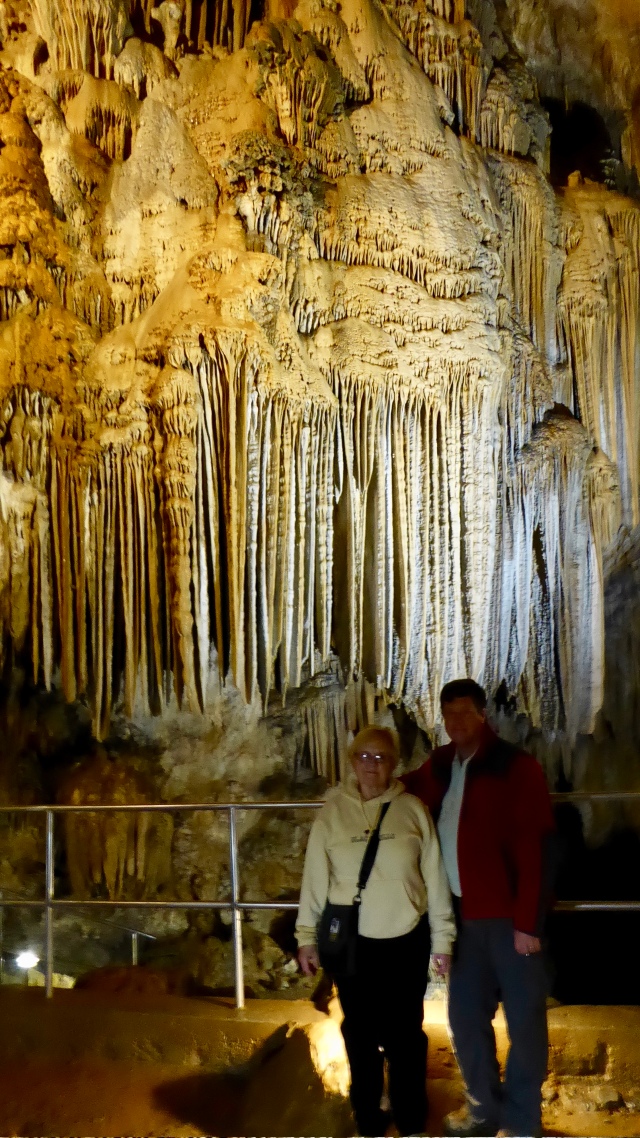 We are heading south and looking for things to see and do.  Thanks Redding!
Redding, Set, Go!