When we travel to a city, we often look for a “food tour.” We have enjoyed several tours over the years as we sample local restaurant specialties and learn town lore at the same time. There is a “Taste of Tucson” but we haven’t made it to the official tour yet.  We did, however, have a few interesting food related experiences. 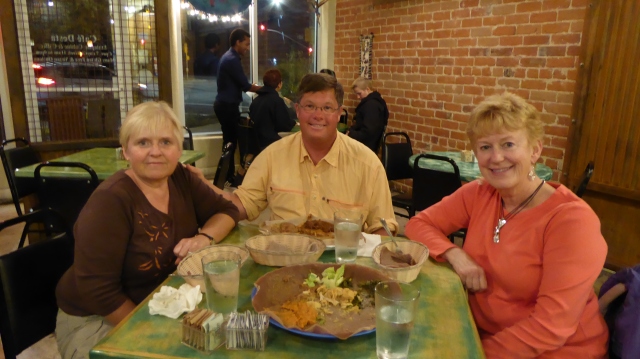 We are always glad to spend time with our friend Beth, this time meeting in Tucson. We didn’t stay at the same park but managed to get together several times.

Our first outing was to Cafe Desta to experience Ethiopian Food. We didn’t know what to expect but figured it would be an adventure and it was delicious. It was different from what we are familiar with to eat from a communal plate.  Beneath the food is injera, a tortilla like pancake made of grain.  We had other injera to tear and use as a scoop.

Randy and I went to Mi Nidito – one of Tucson’s iconic Mexican restaurants. Opened in 1952, the entrance highlights photographs of celebrities who have visited the restaurant.

There are many, many celebrity pictures including Madeline Albright and Julio Iglesias. 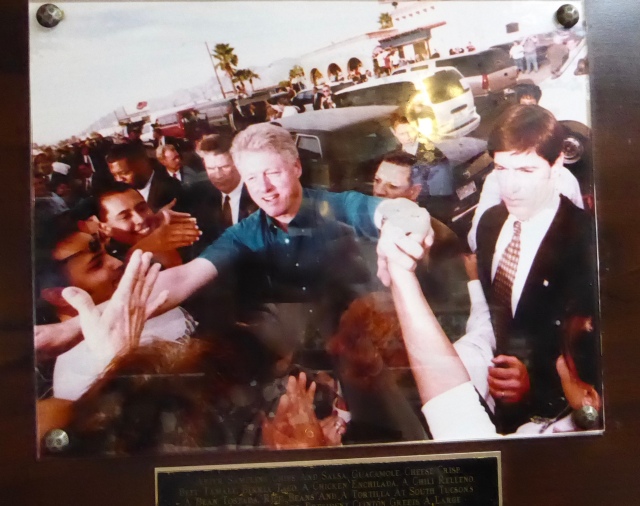 They seem most partial to Bill Clinton who visited in 1999.

The booth where his party sat is commemorated (but still used) and the combination plate he ordered is highlighted on the menu.

Randy and I went on a Tucson history tour that took us up to A Mountain (think University of Arizona). From there we could see the Mission Gardens growing heritage crops on one of the oldest continuously farmed plots in North America. 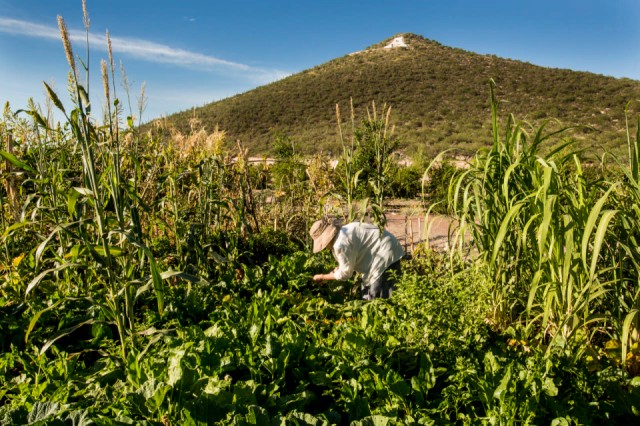 We learned that Tucson was named a UNESCO World City of Gastronomy, the only city holding that designation in the United States. Tucson’s agricultural history, extending back more than 4000 years, is longer than any other city in North America.

Tucson was also noted for innovating ideas for growing food in a hotter, drier environments and community staples such as seed banks, community gardens, farmer’s markets, and food heritage preservation.

We journeyed an hour south to Tubac to the Santa Cruz Spice Shop where they produce and sell a huge variety of spices. 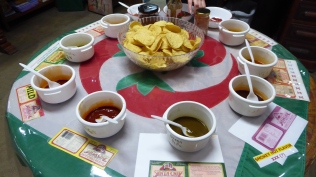 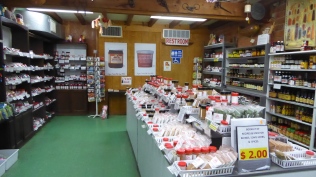 Beth and I did some sampling and everything was hot!

Loved this crowned saguaro as we traveled near Tubac!

Still in Tubac, we fulfilled an area bucket list item and went to Wisdom’s Cafe. At Wisdom’s you are encouraged to “order dessert first.” Not that you eat it first, just order it, so your fruit burrito ala-mode will be ready when you are done with your lunch. The three of us shared a peach burrito but we dug right in and I forgot to get a picture. It was yummy.

Of course some of our favorite things to eat in Tucson are fresh tortillas. Grocery store varieties available in the north barely resemble the real thing. 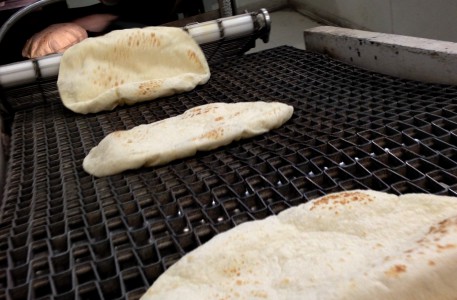 Picture from the Food City website – I don’t usually take the camera  to the grocery store.

In Food City, a grocery chain stocking foods for the Hispanic clientele (and for those of us who love Mexican foods), you can watch tortillas being made and get them right off the griddle.   Fresh tortillas are even better than the peach burrito ala-mode!

1 Response to Our Tucson Food Tour