From Penalty Box to Blessing Box

Cancer treatments be damned – We have had a great time visiting our old lives in Boise. Our stay here turned from penalty box to blessing box. Our “peeps” in Boise have turned on the support for us in a big way and we are very grateful.   It has been a blessing to be here during this time and we have had a blast!

Mondays (treatment days) weren’t really a blast but neither have they been a big deal. Randy had one very uncomfortable treatment but the other four were easy. He had to stay home on Monday afternoons, but that just gave us a chance to rest.

He has not felt sick at all, either from the cancer, or the treatments. He has been able to golf and go to lunch, play with Archer…and fix things! I have been able to see friends, help with Vacation Bible School and line dance. Together we have seen friends, played games, gone to movies and baseball games.

We went with friends John and Deb to Silver City, an old mining town a couple hours southwest of Boise. About 70 buildings remain from the 1870’s heyday. All are privately owned with most utilized as summer cabins.

The fanciest building in town, the Stoddard Mansion, was in rough shape the last time we were in Silver City, roughly 15 years ago.  It was an unexpected surprise to be able to see the inside of this 1870 home courtesy of the person who owned it at the time.

The Stoddard Mansion is looking grand after purchase and renovation by a Boise family. 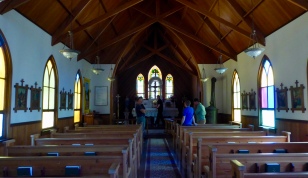 This Silver City church was originally built as St. James Episcopal Church.  The building was purchased for one dollar in 1933 and became Our Lady of Tears Catholic Church. 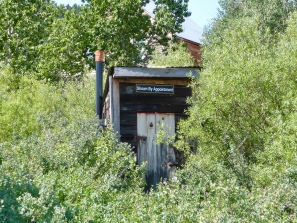 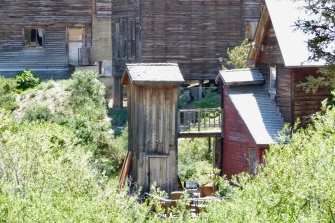 There is something about outhouses in Silver City….members only, by appointment only and double deckers! 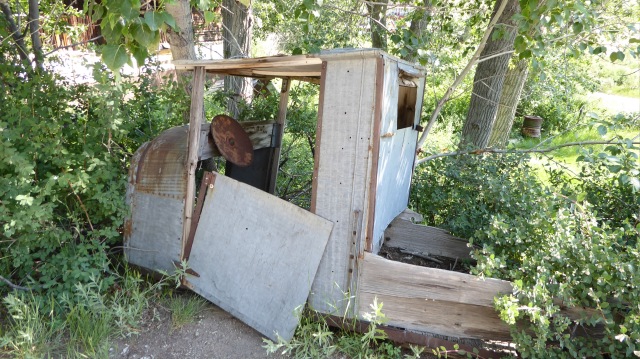 We weren’t sure if this “car” was a toy or a homemade (once) working vehicle. 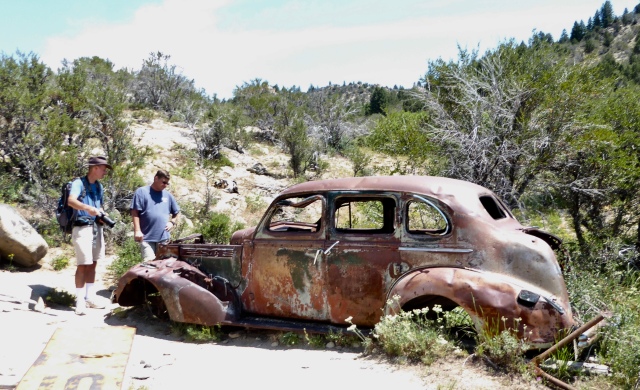 This car’s engine and crank shaft were utilized in the mining operation. 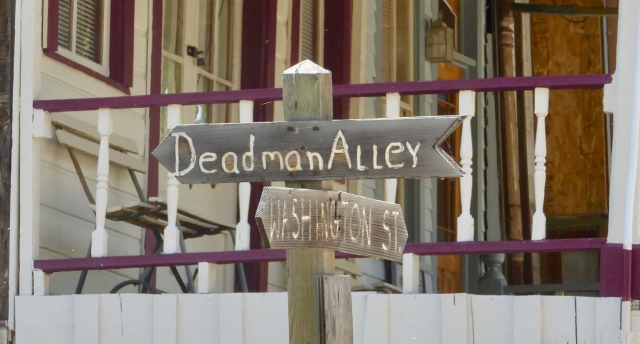 We walked by Deadman’s Alley, so named because of the gunfight death of Joseph Koenig by Colonel Dewey. The alley was also the demarkation between Silver City’s Chinatown and the business district. 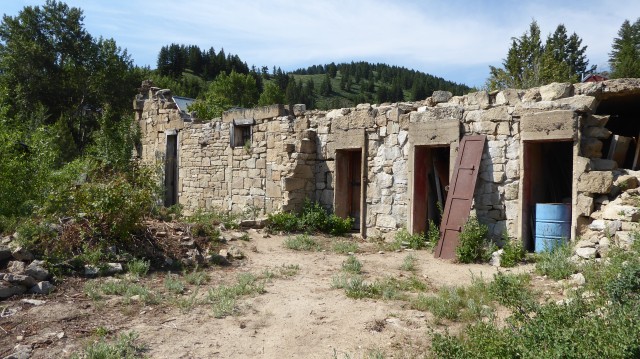 We did not hear if Colonel Dewey ended up in the Silver City jail.

It seems all old mining towns or ghost towns have a cemetery.  Most graves were very old and a disproportionate number were for children and women. 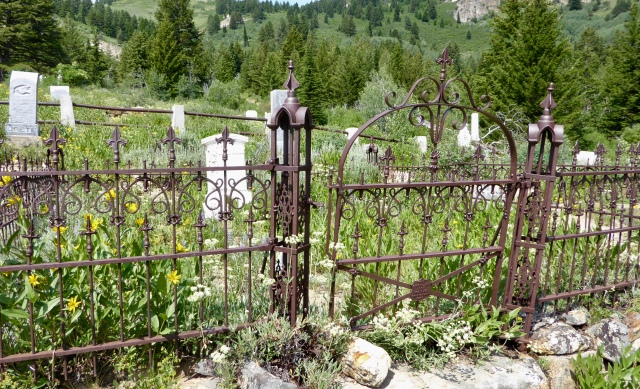 Begun in 1862, Stewart Iron Works specializes in metal artistry. The company is still in business and has a vast array of past projects, foreign and domestic. The following information came from the Stewart Iron website:

“Stewart Iron created all of the benches and site amenities for New York City’s Central Park, the light fixtures in Congress, the fencing and gates surrounding the Panama Canal, and the jail cells for such notorious prisons as Alcatraz, Sing-Sing, and Leavenworth…. Stewart cornered the market on cemetery fencing across America…. and merged with US Motor Trucks ultimately manufacturing all of the heavy duty trucks used by the US Army during WWI.”

There is always something to learn!

As used to be our summer tradition, we went to the Idaho Shakespeare Festival, also with John and Deb.   We saw Hamlet, not for the first time, and were amazed at how many commonly used quotes and figures of speech come from that play. Below is a partial list:

To be or not to be…that is the question
Neither a borrower nor a lender be
Though this be madness, there is method in it
What a piece of work is man
This above all, To thine own self be true
Frailty, thy name is woman
In my minds eye
Make your hair stand on end
Primrose path
Something is rotten in the state of Denmark
O’ Woe is me
Get thee to a nunnery
The Lady doth protest too much

As much as we appreciate our Boise friends, we also have Road friends and were glad to be able to visit with two couples this last week.

Teri and Mark are volunteering near LaGrande, Oregon. Their primary duty is to rehabilitate the Ladd Marsh volunteer site that hasn’t been used in several years. 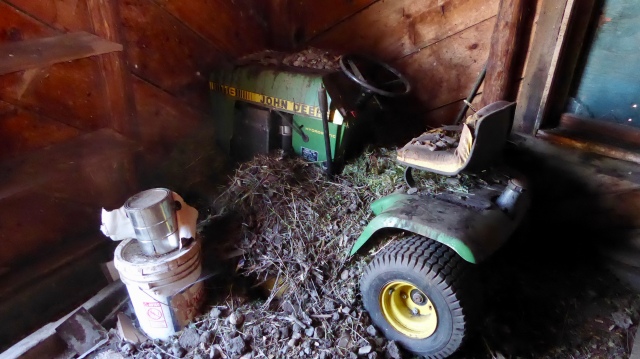 We want to see if they can also rehabilitate this riding mower that has been enveloped in a pack-rat’s nest!

We also saw fellow Umpqua Lighthouse State park volunteer friends, Jess and Jean.   They are now at Farewell Bend State Park near Ontario, Oregon. It was great to visit with them again.

As much as we’ve enjoyed Boise, we are anxious to get on the road again. Randy has one more treatment in this cycle on Monday morning.  We are hoping to leave town that same day and head east to Elkhart, Indiana. We have a significant trailer repair to do in Elkhart,  lots of new places to explore, and friends to see on our five week trip.

My blogging fingers will need to step it up again!

10 Responses to From Penalty Box to Blessing Box