It’s Amazing!   That is what we said over and over again at the Albuquerque Balloon Fiesta.

We decided a year ago to meet Art and Beth at the Fiesta and coordinated arrival so we were parked side by side. Beth arranged a balloon flight and had a great time. We paid big bucks to fly over Lake Tahoe previously so didn’t plan to do so again. 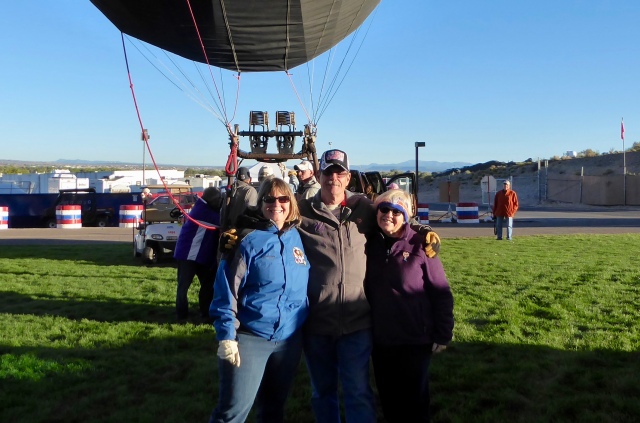 Friends Gerry and Kathy are balloon crew and Fiesta veterans. They advised, encouraged and provided opportunities and experiences that we never expected.  Kathy was a fount of information about individual balloons and Gerry knew everything about the science of it all. They helped make the Fiesta an amazing experience

Through them we met Cheryl, a balloon pilot and instructor.  She is also a member of the Fiesta Board of Directors.  In addition to providing entry passes, Cheryl told us stories about security, sponsorship, statistics, volunteering and the design process for their balloon Twisted.

Her husband, Fred, is the pilot for Twisted, the balloon Gerry and Kathy crew for. We were invited to come out and crew.

The process looks complicated to a novice.  A dozen people were preparing Twisted for flight.

My task was to loosely velcro the crown piece.  The pilot needs to be able to pull the crown away to release air for descent.  I  asked Kathy to double check me because I didn’t want to make a mistake!   This picture is inside the balloon looking up.

Randy had the job others didn’t want when it’s cold outside – standing in front of the fans for the initial inflation process!

Randy was invited to fly with Fred and Kathy!

Zebras, in all manners of black and white, give permission for launch.

His picture of the launch field. 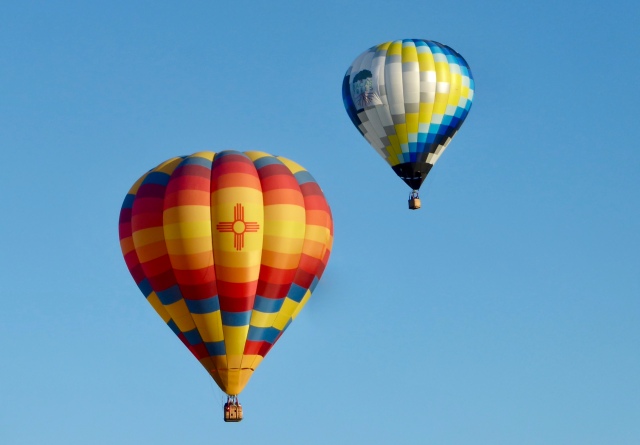 Randy found our home for the Fiesta, the Montana in the middle.  The temporary RV park has 30 amp power and water, a shuttle to the launch field,  and is close to the action!

Art, happily babysitting Elko while Randy and I crewed, noticed Twisted heading toward a nearby field and walked over.  Elko found his dad in the balloon!

We spent two amazing mornings sitting at our campsite watching waves of balloons come over us.  With 550+ balloons at the Fiesta,  we were always noticing one we hadn’t seen before! 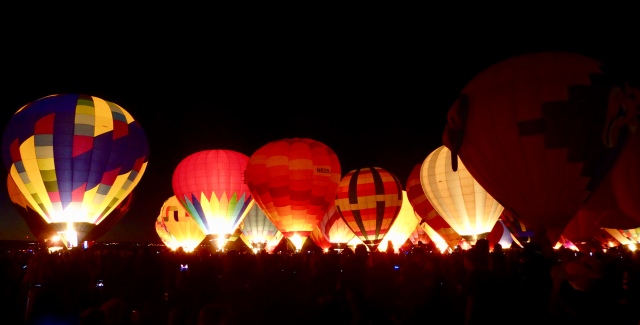 After sunset, we enjoyed the night glows and fireworks. 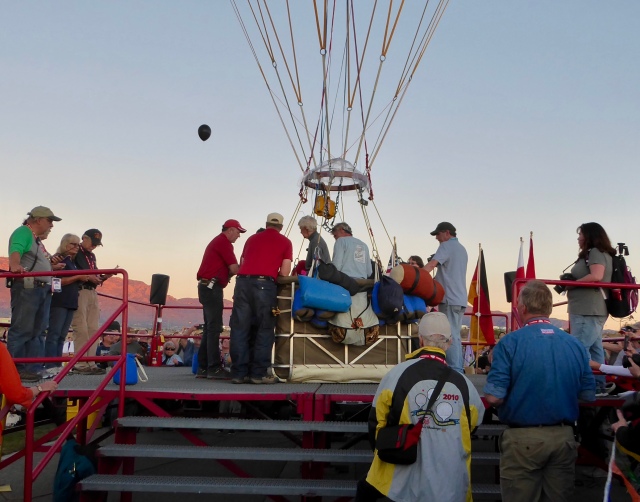 Balloons launch consecutively from the same stage holding two pilots, oxygen, and all the gear needed for a 3-4 day flight. They have sand and water ballast. 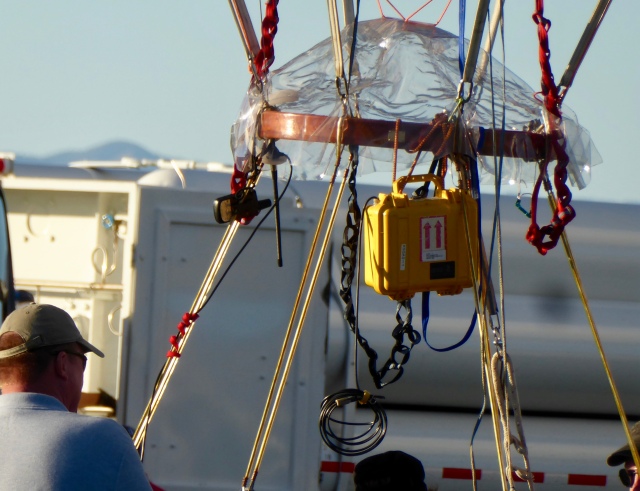 The yellow box holds tracking equipment to monitor the balloon’s location – important information for race monitors and their chase crew!

A gas balloon uses a closed envelope.  The pilot tries to balance winds, ballast and gas usage for flight length and direction.

Balloon routes were available on the Festival App and we monitored the race many times each day! 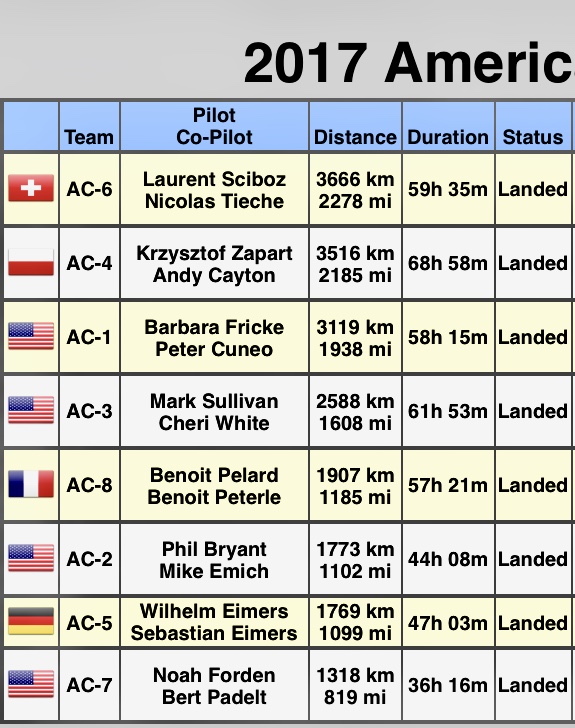 AC-1 and AC-6 were back and forth for most of the race! 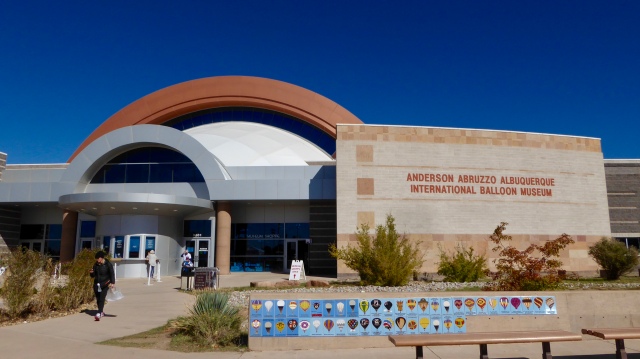 We also learned about the Albuquerque box, a unique combination of topography and winds that sometimes allow a balloon to take off and land on the same field.  It’s amazing! 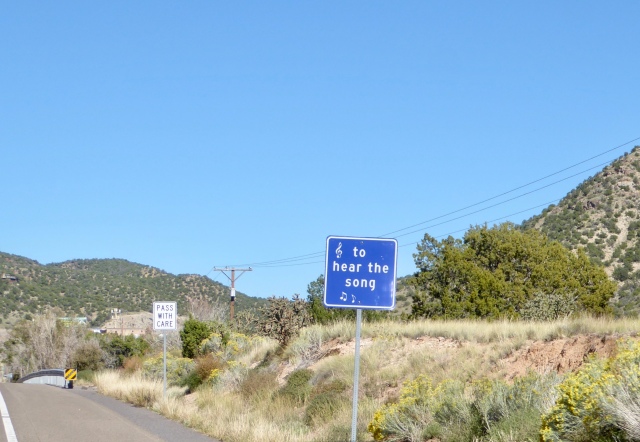 We experienced another amazing thing away from the Fiesta grounds – a Musical Highway.   We traveled east of Albuquerque on Route 66.  Once there, Randy drove on the rumble strip at exactly 45 miles per hour and we heard America the Beautiful.    A video from youtube is here.     Other Musical Highways are in Japan,  South Korea and Denmark.   The only other Musical Road in the US, is in Lancaster, California, playing the William Tell Overture.   We’ll get there!

So much is amazing!