Wrapping Up the East Side

When we arrived at Ridgeview Campground it was mid May and we had half-days of peace and quiet in our section of the campground on the east side of Lake Cascade State Park. 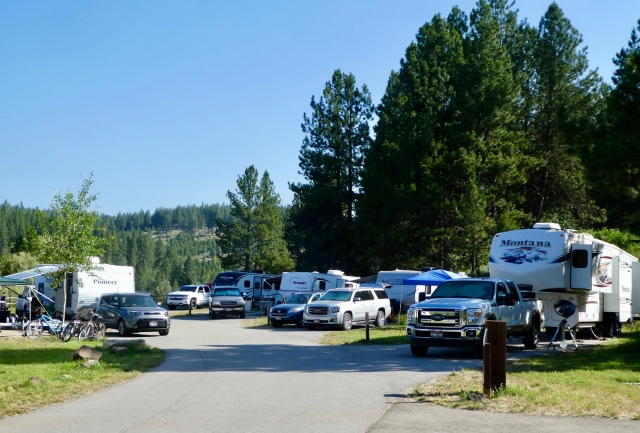 As May became June and then July, our site looked more like this!   Ridgeview is one of the busiest campgrounds in the park and we had neighbors coming and going all the time. 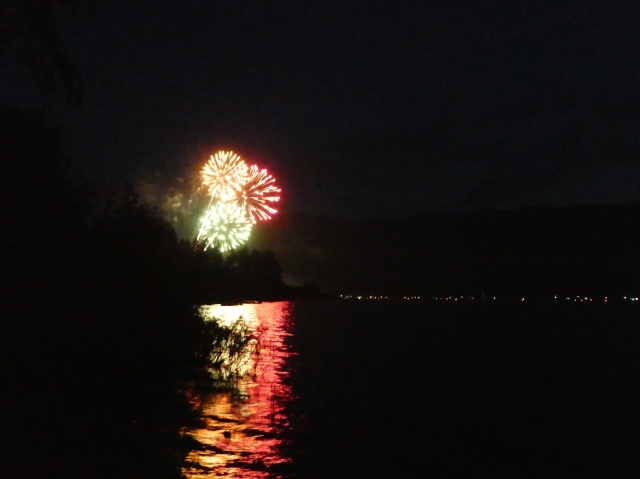 The Fourth of July week was especially busy.   We were able to watch fireworks over the lake right from our site.   The  lights to the right of the fireworks are some of the dozens of boats on the lake with people getting the best view of all.

Randy gave his all to the east side maintenance position. He enjoyed the people and most of the projects.  He didn’t like irrigating or getting up for the 8:00 am staff meetings held on the east side.  Overall it was a very positive experience and he did a great job.

The last project he worked on was assembling new picnic tables.   There was suppose to be a plank marked Idaho State Parks for each the 75 new tables but after unpacking several pallets of planks he found just a few so inscribed.  He hated leaving the project in limbo but until the planks are found, or replaced, that project is on hiatus and left for others to complete.

He also worked on assembling and installing some new fire pits.

The first half of the summer season comes to an end and Team Ridgeview went to dinner to celebrate.  No one covered the campground for a couple hours….oh well!   We enjoyed working with Richard and Tammy a lot!

The plan for the second half had been for us to go to West Mountain campground and be camp-hosts until the end of the season.  As the last week evolved some incoming volunteers canceled and current volunteers accommodated changing plans.  We were agreeable to letting the West Mountain camphosts stay where they were and Randy took the west side maintenance host position.

His primary project will be to continue the previous host’s work of repairing a pole fence around campgrounds on the west side. 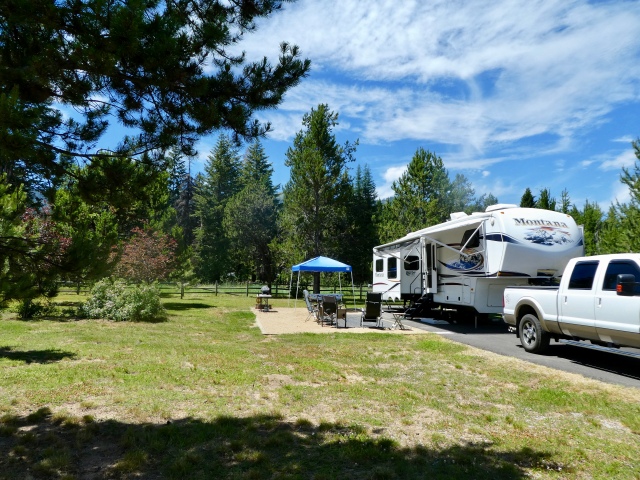 We are in site 250 at Poison Creek Campground on the west side of Lake Cascade State Park. The nearest town is Donnelly for anyone coming our way.  Our new site is much more spacious. I think we are going to like it! 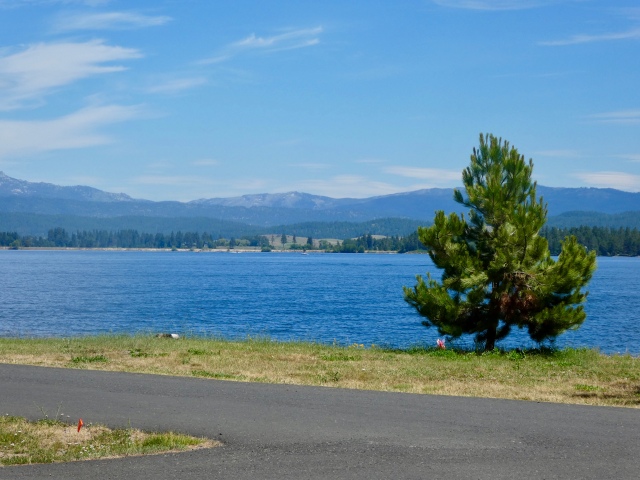 And if you turn around, the lake is close too.  We are looking forward to getting out the inflatable canoe and paddleboard!

3 Responses to Wrapping Up the East Side