We recently drove to Virginia City and spent some time exploring the old boom town. Virginia City was “the richest place on earth” for 20 years after the country’s largest silver deposit was discovered in the Comstock Lode in 1859.  Virginia City’s population reached 25,000 residents and had a variety of saloons, restaurants and even an opera house hosting all the great performers of the day.

The Bucket of Blood Saloon was so named because there were so many fights that the mop bucket was always red after clean-up the next morning. 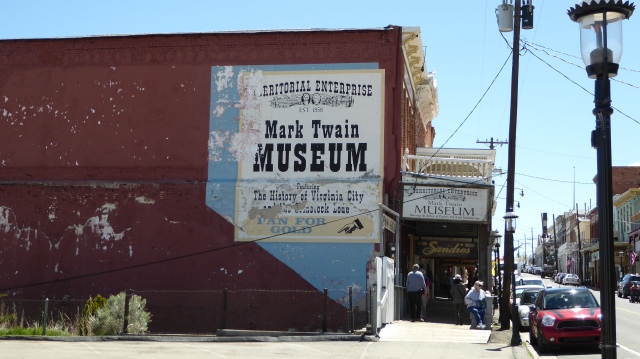 Even “Mark Twain”  worked on the local paper in Virginia City. 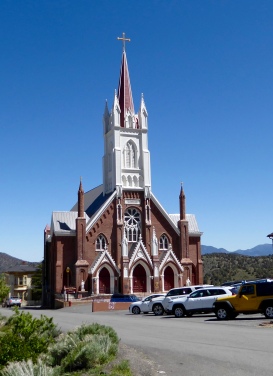 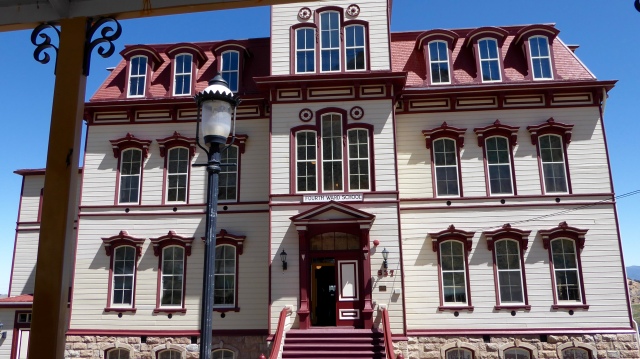 The Fourth Ward School was named because it was built in the fourth voting precinct.

We toured the Fourth Ward School during our visit.  Built for 1000 students in 1876, the school eventually had a student body of 150 in its last class of 1936 – mirroring the decline of the once booming town. (Current year round population of Virginia City is about 1000 people.) The school sat empty for 50 years until restoration efforts began in 1986.

We enjoyed touring the old school and trying, and failing, to pass the teacher’s exam from 1877!

With many college degrees between us, and successful business and teaching backgrounds, Beth, Randy and I could not pass the teacher’s exam – even collectively! 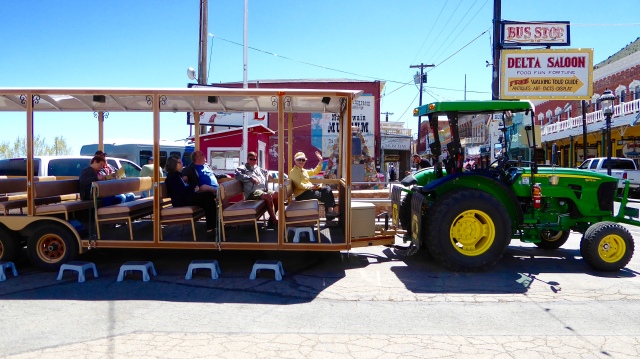 Beth in the front seat, Randy in the second – Both trying to sit in the sun!

We took a trolley tour around the city, ate lunch in an old saloon and watched a gunfight re-enactment. 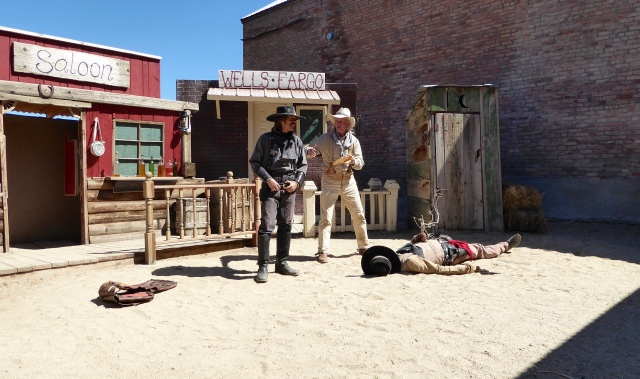 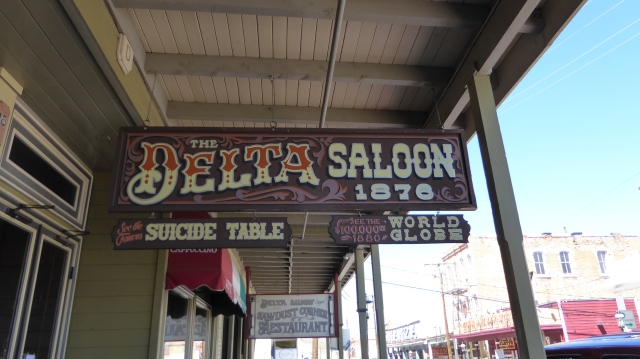 We visited the Delta Saloon and saw the Suicide Table – so named because several men chose to end their lives because of great financial loss at this Faro Table. Ripley’s Believe it Or Not once did a feature on the Suicide Table.

We also saw the Old Globe, commissioned by one of the town’s richest founders, James Fair at a price of $450 in 1880. It is now valued at more than $100,000. One of the interesting notes about this globe is that it shows a completed Atlantic Cable, financed by one of Fair’s  mining partners, James Mackay – only the cable wasn’t completed until 1886. He must have had confidence in his partner – and why not? They were some of the richest men anywhere after their mining pursuits.

We visited Virginia City in early May and some of the venues had not opened for the season but we still had more options than we had time for.  Another visit is likely in our future.

Street view of Sparks Marina RV Park. There is a small lake nearby where we all enjoyed morning walks.

Our home for the week was the Sparks Marina RV Park.  Good Sam RV Club rates RV parks across the country and this resort has a 10/10/10 rating – the highest possible. The resort has nice amenities and is kept spotless. There is astroturf for grass around the park so it stays green despite the harsh seasons. 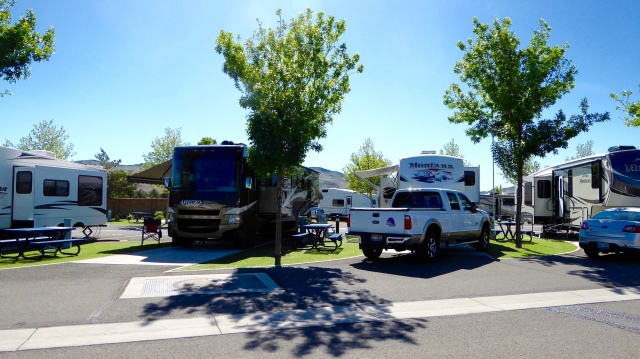 Beth’s motorhome is to the left of our fifth wheel.

The only downsides we experienced was that the sites are quite close together and they are quite restrictive on where dogs can do their business.

However, they absolutely win the prize for the best dog parks ever! They are visually appealing, even to the people who come hang out with the dogs, and Elko loved going to all three of the parks. The smells were a smorgasbord for a black boy with big nose!