A Fun Day in Montana! 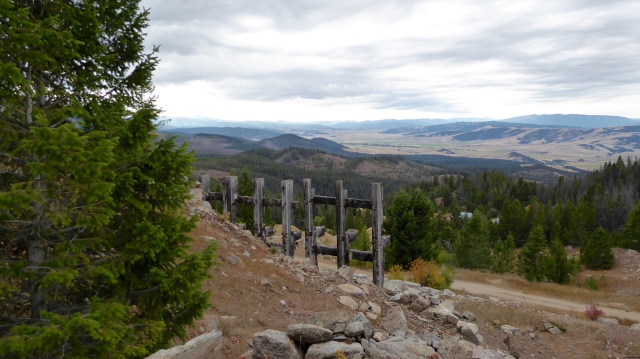 We traveled up a steep and winding mountain road to Granite Ghost Town State Park. We didn’t need 4-wheel drive, but our truck’s high clearance was a good thing. Four miles up we found the remnants of a 1890s silver mine and boomtown.

This was Main Street.

Three thousand people once lived in Granite which had a library,  hospital,  school,  newspaper, saloons and churches.  Chinatown and a red light district were nearby.

The largest building in town was the miners’ Union Hall. It was a three story building with union offices, a recreation hall and an event center with a special “spring floor” for dancing. 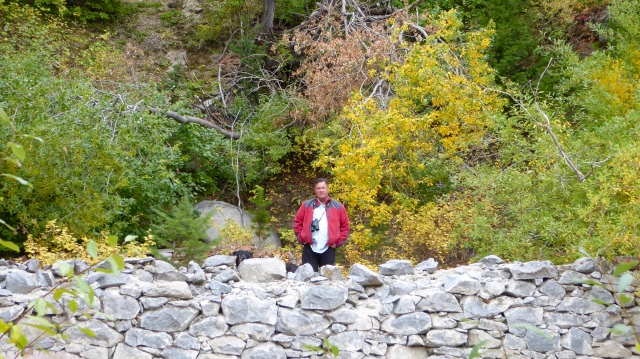 Randy and Elko climbed up behind the Union Hall’s back wall.

There was one bank and it was stout as it is the most complete building remaining. 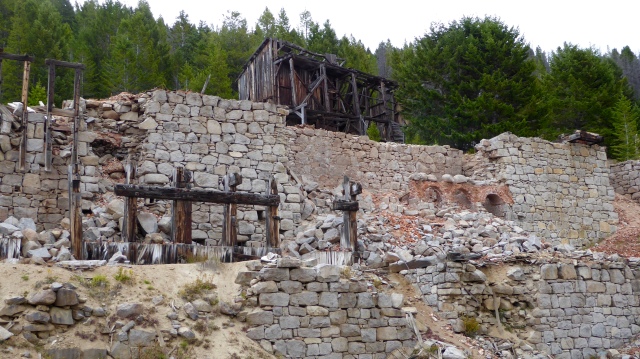 Of course, Granite was here because of the nearby silver mine.   Interesting tidbit, the mine backers gave up on the venture and sent a message to end operations. The message was delayed and what should have been the last shift found the silver that was eventually worth $40,000,000. 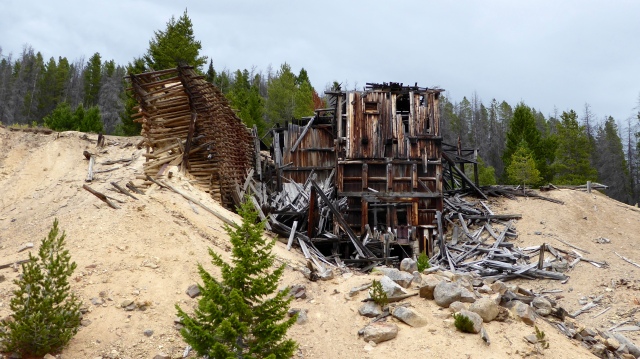 This was once the mining office.

The 1893 silver crisis closed the mine and, like many other mining boomtowns, Granite faded away.

Visitors seem to be collecting old glass and pottery shards.

Randy shows off a 100+ year old square nail and a cable with 32 strands.  The cable was used to trolley the ore to another plant 8,750 feet down the mountain side.  That is a long cable, since it had to run back up the hill too.  That is at least 17,500 feet of cable, or about 3.3 miles worth. 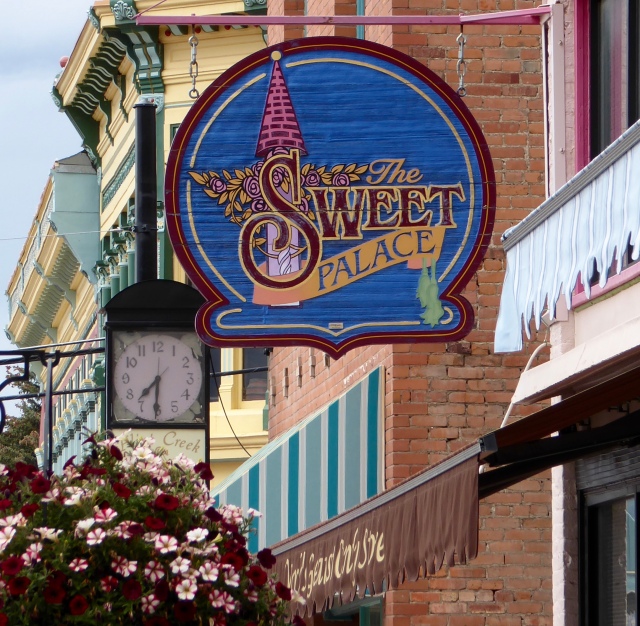 Back down the mountain in Phillipsburg, we had lunch and then went to the highly recommended Sweet Palace. What a candy store! 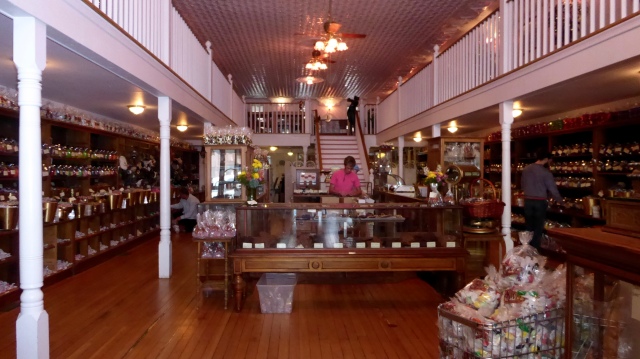 That’s Randy in the back left – filling his bags!

Randy loves salt water taffy and they had so many flavors made on the premises.  I asked him to get me a few pieces of licorice taffy but he didn’t want to contaminate his bag.   So I got my own and gathered a few other flavors he wouldn’t like.   Meanwhile Randy filled a second bag! I got a few dark chocolate covered pretzels and a few hard candies and pretty soon we had $29 worth of candy. Crazy for people who don’t eat much candy! 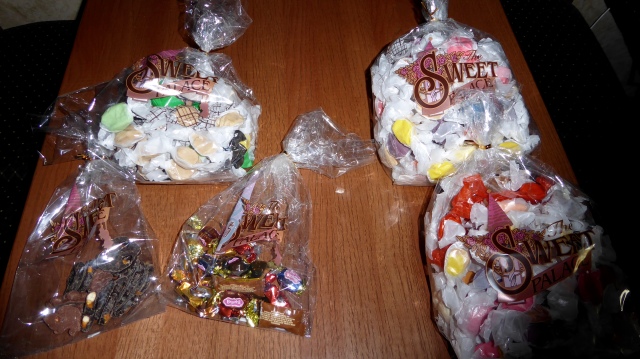 Serene’s are on the left, Randy’s are on the right.  He says all of his are calorie free. It will, or should, take us a long time to eat all this taffy – hopefully it will stay soft.

Our fun continued at Montana Gems. We bought a 35 pound sack of gravel and sifted and washed through it looking for sapphires. 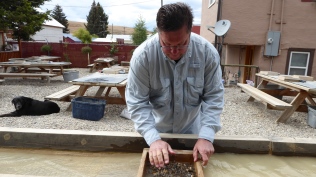 After we found ten sapphires, employee Doug went through our tailings and found three we had missed.

And then Doug loved on Elko because, well, why wouldn’t you?

The fun final results were 13 sapphires found, 7 of which are worth cutting, totaling 9.3 carats. (The six smaller sapphires were 3.75 carats combined.)   We could have had them cut for $20 each but since I don’t know what I would do with them, we just took them home. Something to think on….