Thermopolis and the Badlands 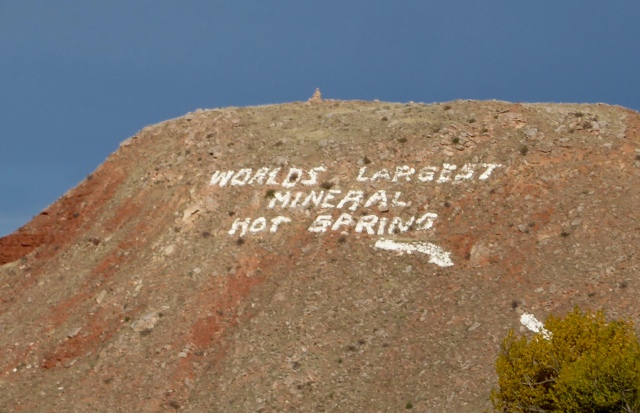 The name Thermopolis just sounds like there should be hot springs in the area and there are.  The world’s largest mineral hot springs are located in Thermopolis, Wyoming.

There are two commercial pools with all the perks, including slides.  There is also a less elaborate state park option.

We went to the state park pool for a free 20 minute soak. The water was very warm, smelled of sulphur and twenty minutes was just about right.

Still within the state park, we drove to the bison pasture and saw a small herd.

Thermopolis was on our route because of the Wyoming Dinosaur Center, recommended by Boise friends Bryan and Debbie. This unassuming place has quite an impressive collection of fossils from around the world. 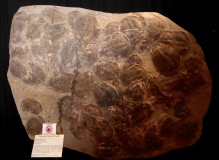 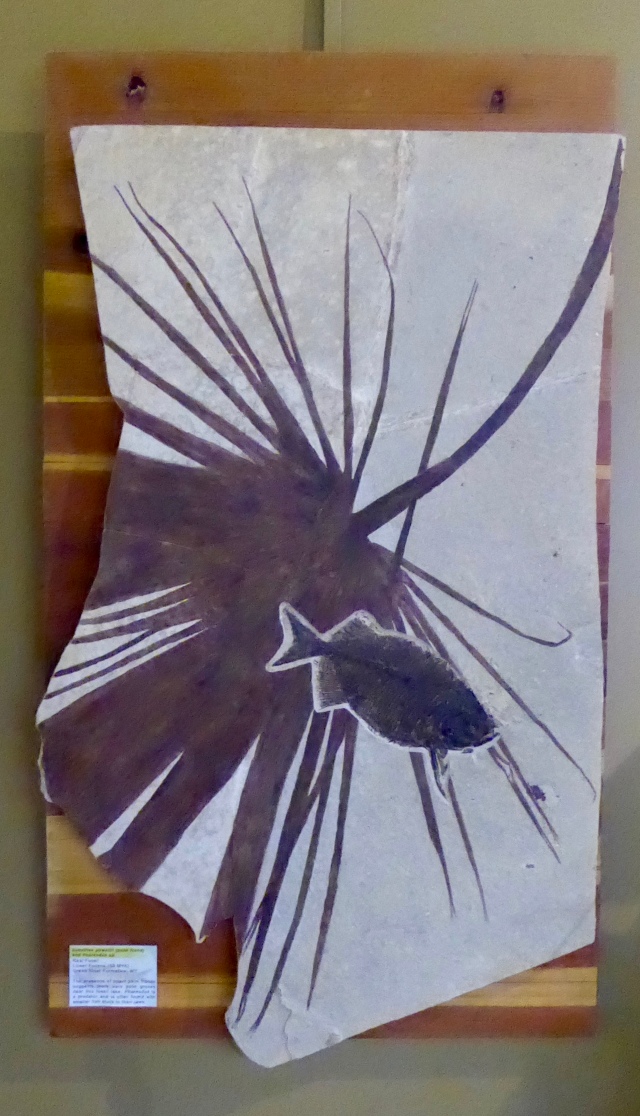 This fossil of a palm frond and phareodus looks more like a piece of art!

They also have active “digs” in the area and visitors can pay to spend time out at a site and participate.   It was windy and cold the day we were there and we didn’t even ask about going out but we could see workers cleaning and brushing specimens in the center’s lab.

The Wyoming Dinosaur Center’s claim to fame is its Archaeopteryx fossil. Archaeopteryx is thought to be a transitional species between dinosaurs and birds. 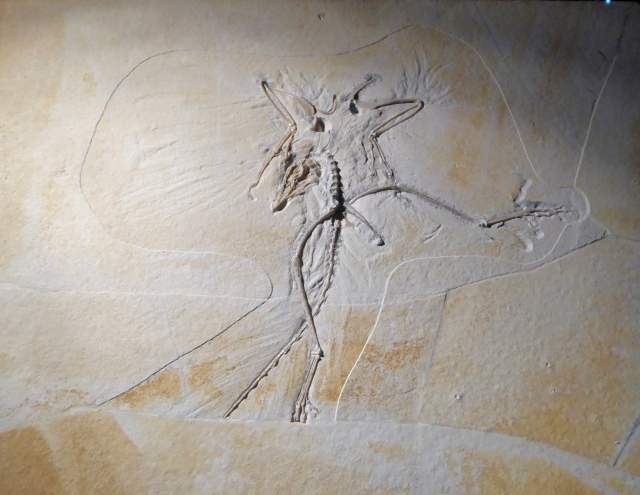 The Thermopolis archaeopteryx, found in present day Germany, is the most complete specimen in the world and the only one on display in the United States. It died on its stomach in a “road kill” position, giving scientists a different view than the typical “died on its side” version. 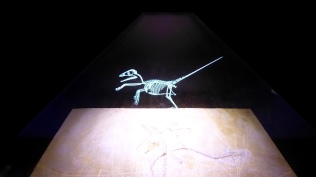 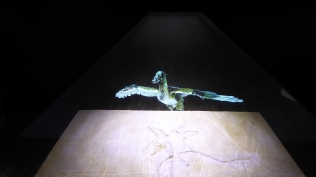 A 3D projection system shows the archaeopteryx fossil rising from the slab, first in skeletal form and then as it might have looked with feathers.

There are many dinosaurs, whole and partial throughout the center. Some are real and some are cast and some are a combination of both.

This cast caught my attention!

Ichthyosaur was a marine reptile but not a fish, lizard or dinosaur.  It was interesting to me because a British woman found the first ichthyosaur fossil.   In the early 1800s, Mary Anning, paleontologist and fossil dealer, found a variety of marine fossils and was quite well known. The nursery rhyme “She sells seashells by the sea shore” was inspired by her work. 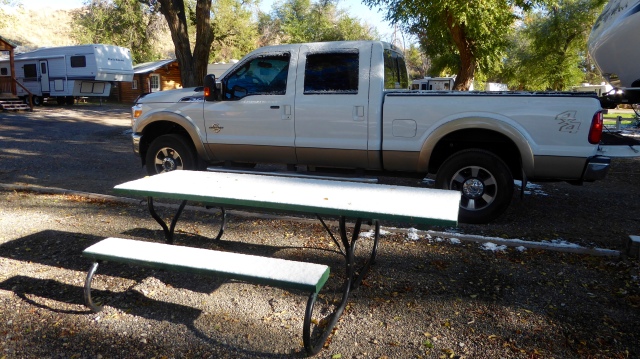 Even though Thermopolis sounds warm, and the waters certainly are, we ended up in a cold front with snow. Most melted off quickly but we still had a little left the next morning.

And the first part of our drive leaving Thermopolis was quite lovely. 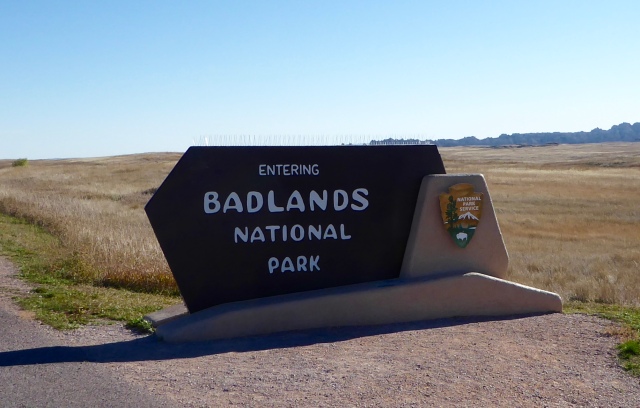 Badlands National Park was on our loose itinerary but we learned all of the campgrounds nearby were closed or closing so our window of opportunity was go now or skip it. We adjusted, spent a long seven hour day in the truck,  and headed to the last campground standing.   That seems to be a theme lately! 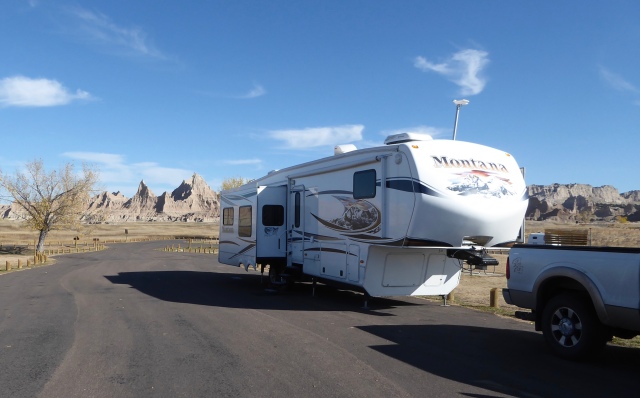 The Cedar Pass campground was adequate but obviously not designed by anyone who had an RV.   Trailer and motorhome doors opened onto the street, not onto the grass.  They got it right on the new loop, but it was already closed for winter.

We did have lovely views of the Badlands peaks. 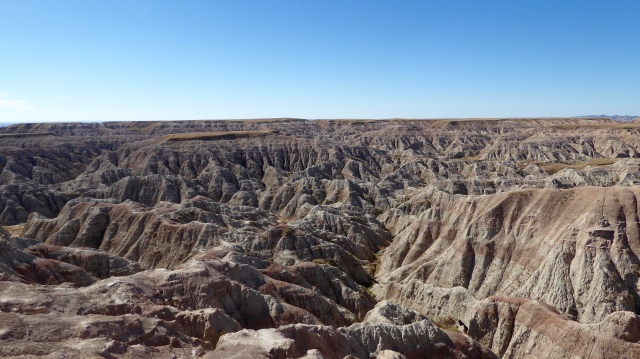 We drove the Scenic Loop and stopped at a few viewpoints. We had Elko with us so were not able to go on any of the trails. National parks don’t like dogs – even in the off season. 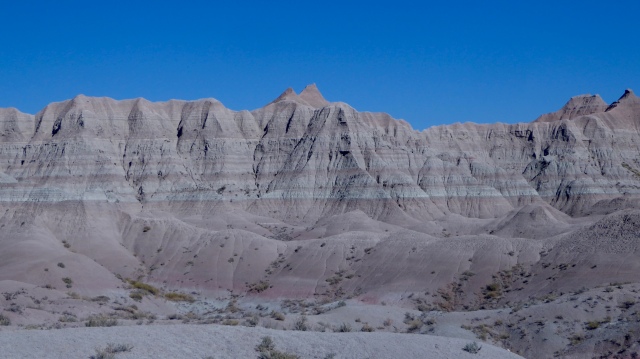 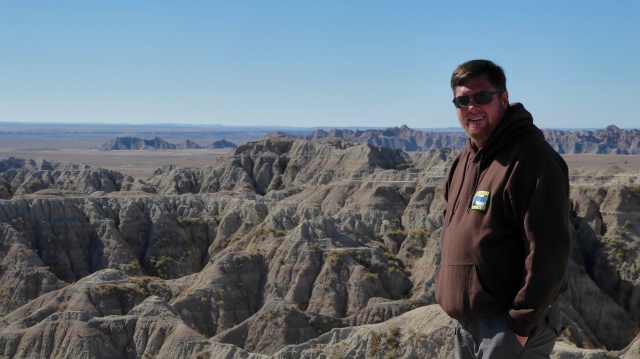 Yes, that is a beard on Randy’s face.

We saw some big horn sheep! 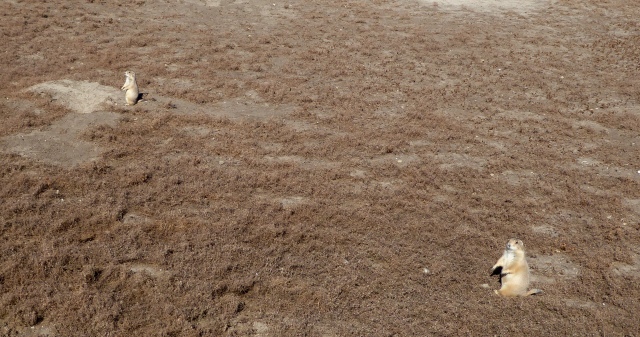 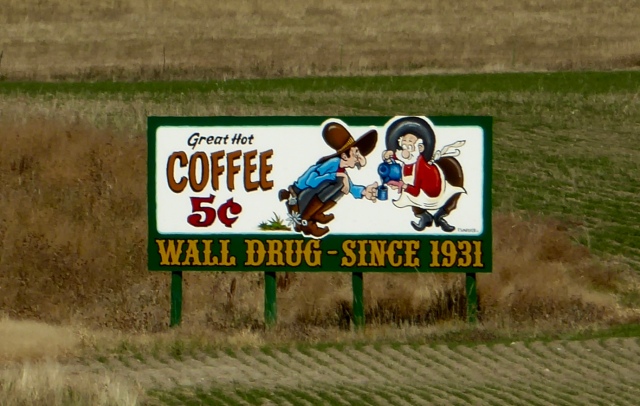 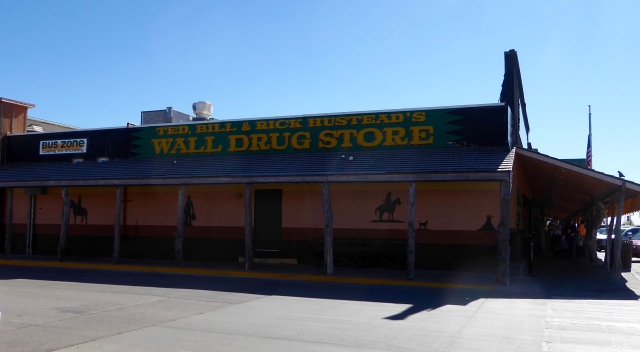 Wall Drug opened in 1931 and was barely profitable during its early years. The business thrived once they started offering free ice water to hot and weary travelers in 1935. 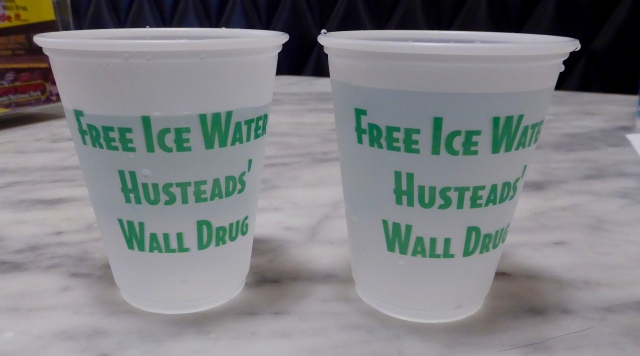 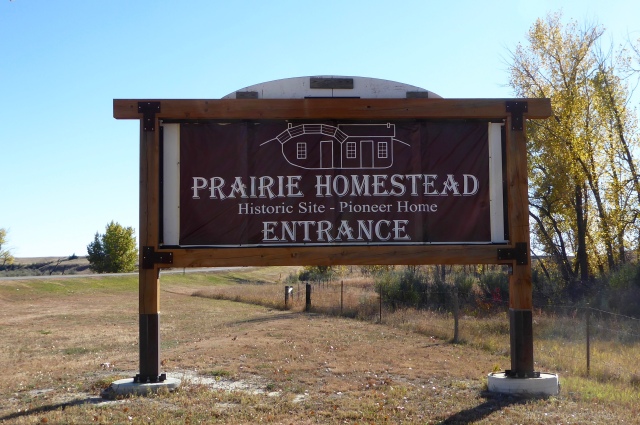 On our way back to the campground we stopped at the Prairie Homestead Historic Site.

The wooden portion on the right was a later addition.

This sod house was built in 1909 after Mr. and Mrs. Ed Brown obtained the surrounding 160 acres under the Homestead Act. Their obligation was to build a house, plow some acreage and live here for five years. 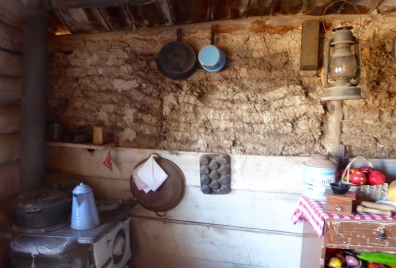 Because of the harshness of the land, less than twenty percent of homesteaders in this area were able to make a living and actually receive their land “patent.” Beating the odds, the Brown family lived here until 1936 and a renter worked the land and lived in the house until 1949.

Those who came west on the Oregon trail, or lived in mining towns, or lived in sod houses seem far heartier than we are these days!  But of course, I’m just speaking for Elko, Randy and me!