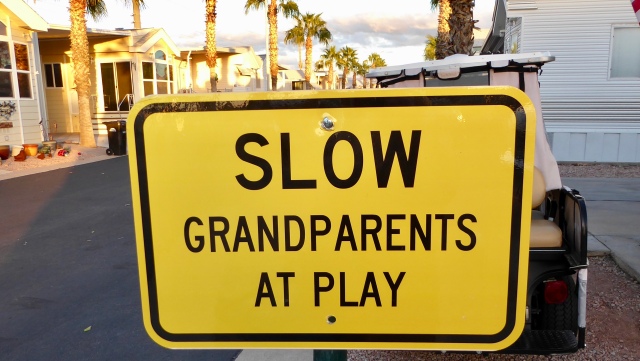 We spent Christmas Week in Mesa, Arizona at a 55+ Snowbird park. We were embraced warmly by the residents and enjoyed our stay. Valle de Oro is a very large park and only had room for us Christmas Week because many residents don’t arrive until after the holidays.   The park is at capacity during January, February and March at about 3700 residents. During the summer months, the population dips to about 200.

Randy enjoyed daily gab sessions with Duane, one of our friendly neighbors and a fellow Idahoan. 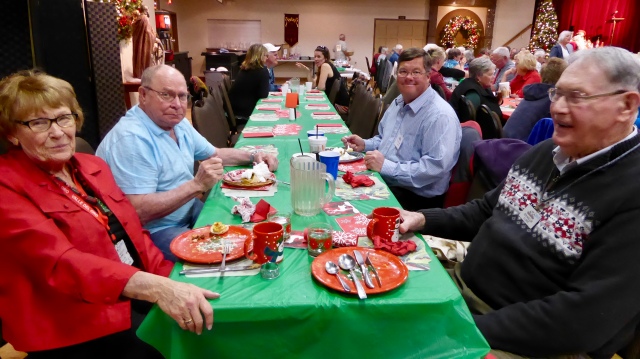 We enjoyed meeting and eating Christmas Dinner with our table mates here at the park. 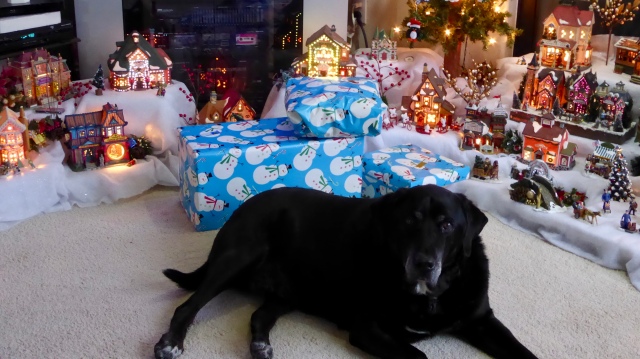 Christmas Eve found us with Randy’s brother Tim and our sister-in-law Yvette. Elko enjoyed lounging near Yvette’s Christmas display – this is just a small portion of the town!

Tim and I battled for fifth and sixth place in our eight team Fantasy Football league. Even though neither of us did well, it was fun to be together watching the games and our corresponding points. Yvette was the league Champion this year (whoohoo!) and Randy came in fourth.

During our week in Mesa we enjoyed some of the local attractions. We went to the famous Organ Stop Pizza Parlor. The big draw here isn’t the pizza, it is the organ that utilizes one full wall of the large building. The corresponding light and percussion show was impressive.

We enjoyed an evening at the Arizona Opry and their Home for the Holidays show. 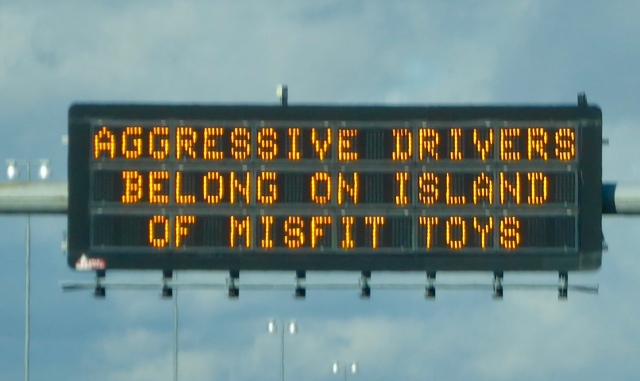 Someone in the Arizona Transportation Department has fun with highway signs.  We enjoyed seeing what was new each day when we were out and about.   On the day “Star Wars: Rogue One” was released, there was a sign about not letting your vehicle be a death star.

This is a view from the highway. It rained a lot during the week and there were puddles and pools in the desert. It seems so odd that the rain doesn’t soak easily into the desert!

There was some good weather too!   Randy enjoyed the sun! 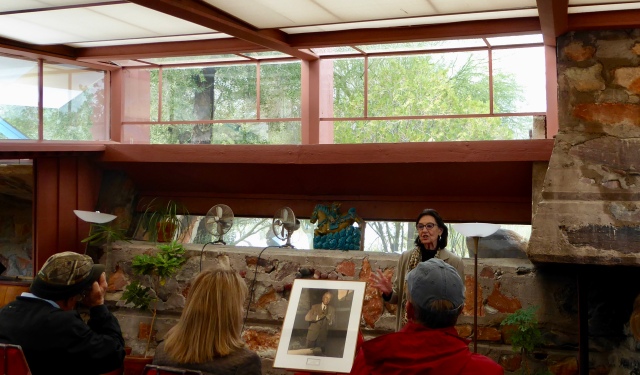 We toured Taliesin West (pronounced tally-essen), designed by Frank Lloyd Wright as his winter camp.  Built in the remote desert but now on the outskirts of Scottsdale,  Taliesin West is a national historic landmark.   Building began in 1937 and most materials came from the desert landscape.

“A building should appear to grow easily from its site and be shaped to harmonize with its surroundings if Nature is manifest there.”  Frank Lloyd Wright 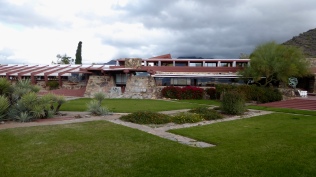 Taliesin West  was built and maintained almost entirely by Wright and his architecture apprentices (students) and was very personal for him. The Frank Lloyd Wright School of Architecture continues to have an enrollment of 35 apprentices, paying $40,000 per year to gain a Master’s Degree in Architecture.   Fees include room and board at Taliesin in Wisconsin and Taliesin West in Arizona.  The entire school moves with the seasons, just as it did when Frank Lloyd Wright was alive.

One of the hallmarks of the design at Taliesin West is Wright’s “embrace and release” concept. Doorways and entrances are small and open into large rooms. He was an innovator of the “great room” design. 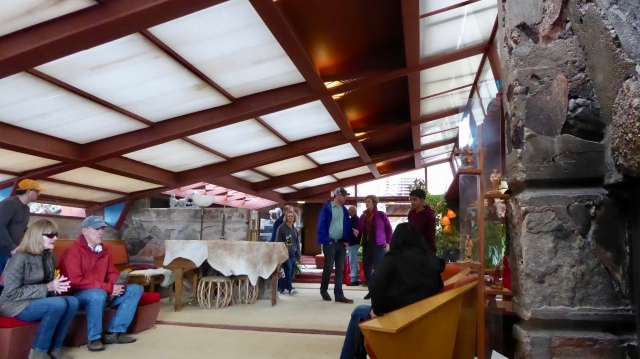 Our tour companions came from Canada, England, Brazil and all across the US.

We enjoyed our tour very much and will look for future opportunities to see more Frank Lloyd Wright designs. 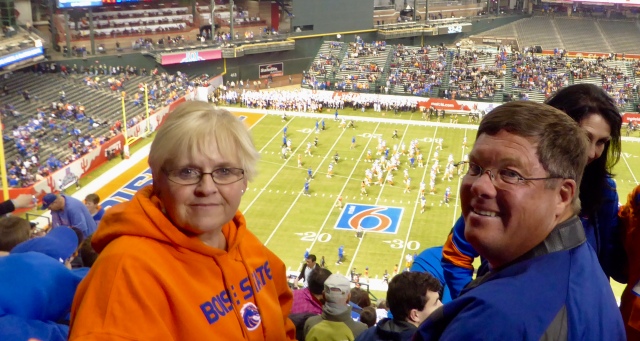 For years we have traveled following and embracing the Boise State Bronco Football team.   It was so nice of them to come to us this time!  They participated in the Motel 6 Cactus Bowl held in Phoenix.

The best part of the evening was pregame when the roof opened and skydivers came in carrying the US flag, the AZ flag, the Cactus Bowl banner and flags for both Boise State and Baylor.   Imagine skydiving above this huge city and gliding through an open roof into a stadium.   It was impressive!

So, the game was the worst beat-down Boise State has ever suffered in post-season play.  By the end of the game Baylor fans finally outnumbered Boise State fans because so many BSU fans left – but not in our row!

Our row of people, who didn’t know each other before the game, remained to the bitter end.  Any of us could have moved to have more room but we all stayed together nice and cozy.   The couple Randy is sitting next to have been to every home and away football game since 2007.   The couple I am next to came to their very first as a Christmas present to each other.

Randy thinks maybe we should be done with away games after this debacle but I think after we mentally release this game and season,  we’ll be ready to embrace them again next fall.