Planes in the Desert 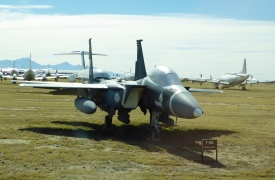 As our first big adventure in Tucson this winter, we took the “Boneyard Tour” at the Aerospace Maintenance and Regeneration Group (AMARG) Facility on the Davis-Monthan Air Force Base.  There were no bones but there were lots and lots of aircraft! 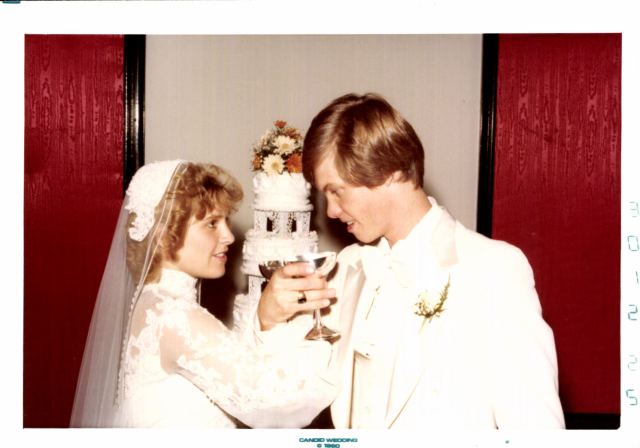 But first, a step down memory lane!

Randy hadn’t been on Davis-Monthan since our wedding reception in 1980 and I hadn’t been there since the week after our reception when I went to the base commissary to supply our first kitchen. I was quite nervous about that excursion since I’d been married for a whole week and wasn’t really a military dependent anymore. I am such a rule follower, it is surprising that I went at all. I have never forgotten my transgression….

Back to the tour!  After two ID checks, we boarded a bus and drove through a familiar part of southeast Tucson near Randy’s childhood home. A huge number of planes in “dry dock” have always been visible as you travel around the area and we were ready to learn more about them.

We entered Davis-Monthan Air Force Base where no photographs were allowed until we came to the “boneyard” operated by AMARG.  Although we were required to stay on the bus, our friendly docent narrated around the boneyard and told us about its establishment and purposes.   More than four thousand aircraft from the U.S. Air Force, Navy-Marine Corps, Army, Coast Guard, and several federal agencies including NASA are placed here.

Aircraft storage on Davis-Monthan began because the government already owned the land, the dry weather was conducive to avoiding decay and the caliche held up the planes.

Caliche is the hardpan a few inches below the surface of the desert floor. It allows the heavy planes to stay on the surface without sinking into the ground, even after decades. (This is the same material that doesn’t allow water to seep into the desert very effectively after a rain.)

The aircraft on-site are in varying degrees of storage, regeneration or recycle. AMARG operates the site as a money maker for the general fund.

When an aircraft is designated for placement at the AMARG site, it goes through a cleaning process and if high end electronics are present, they are removed.

A four layered rubber protectant, the last being white, is sprayed over  windows to protect the inside from excessive heat.

Some planes are scavenged and the parts sold.  These drums contain engines and other large components.

Some planes are stored with a target of eventual reinstatement, such as those for programs that were disbanded under sequestration. 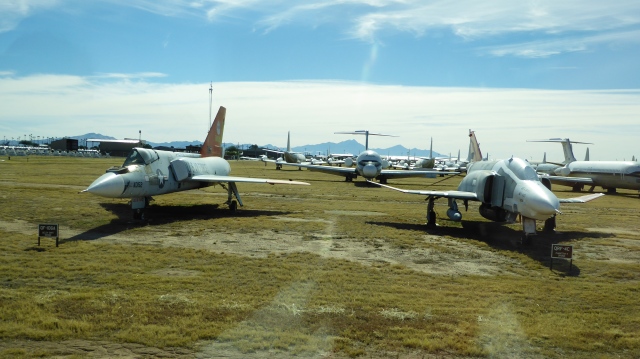 Many aircraft will eventually be designated scrap and cut apart for the metals recycle market.       A few are even released and sold on the used plane market.

And a few, like these B52s, will just sit out in the desert forever….

B52 model airplanes began flying in 1952. 744 planes were built between 1952 and 1962 and 78 are still on active duty with the US Air Force. The B52 carried nuclear weapons during the Cold War and the destruction of many were part of the Strategic Arms Limitation Treaty (SALT).  The B52s above were cut into five pieces, as per the treaty requirements, and are viewable by satellite for treaty verification purposes. The SALT-II treaty required that more B52s were destroyed, cutting those into three pieces.

The pictures don’t do justice to the massiveness of the facility.  4000+ aircraft take up a lot of ground space.  It was quite interesting and we’d recommend it if you travel to Tucson.

Security was pretty tight for the tour but my guess is these coyotes didn’t show ID!

2 Responses to Planes in the Desert