Is it Illegal to Steal an Illegal Cow? 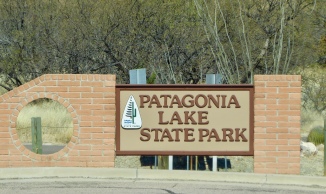 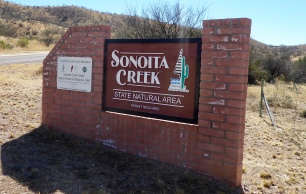 We have been hanging out at Patagonia Lake State Park and Sonoita Creek Natural Area (near the border in southern Arizona) for the last few days and have seen so many cows!! 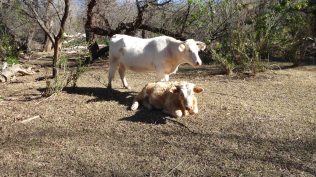 When we asked about them we learned that a rancher pays $1500 a year to graze 40 head of cattle on Arizona Trust Lands that surround the park acreage. Trust Lands are Arizona’s equivalent of federal BLM land.

For the privilege of grazing on public lands, the rancher is to identify and limit his herd to 40 head (his chosen designation is an ear tag), keep others off the range,  and maintain a fence to keep the cows off state park property. We are not exaggerating when we say that an average of only one in twenty cows had an ear tag. There are likely hundreds of cows out here and they are not staying off park lands.

When we asked about the rancher’s obvious violations, we learned he had been sent a letter asking for compliance but that no one enforces the contract. It was discouraging to see such blatant disregard and abuse of public lands.

So back to our question, since these cows are here illegally, would it be a illegal to steal one? Most don’t have ear tags and some don’t have brands. Anyone need a cow?

People don’t come here in the winter to look at the cows, they come for the birds!  The area is a bird mecca!  We went on our first official “bird walk” and Randy liked it. He’s got a new app to identify birds and walks around with binoculars. I liked the long, slow walk but was fairly ambivalent about the birds. But regardless, Randy may have a new hobby!

A new hobby is great as long as he doesn’t forget his Handy Randy hobby.  He had to go up on top to jury-rig a fix for our TV antenna.

There were so many people for the bird walk, they divided us into three groups. Our leader, on the left in the picture, did a great job of pointing out birds, and what features we beginners should look for.  Here are a couple of the pretty birds we saw. 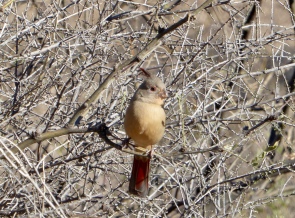 Most of the people come here looking for the Elegant Trogon (below left) and the Green Kingfisher (below right). The pictures below were taken by our guide when he saw them last week.  These birds were on everyone’s birding wish list. 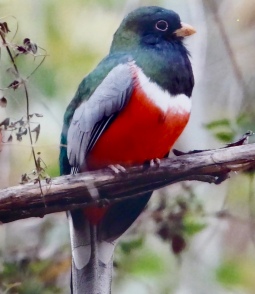 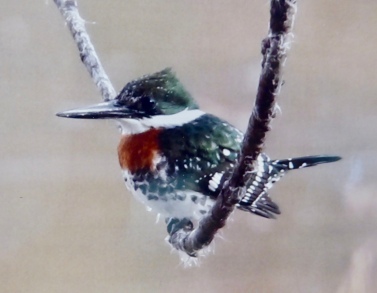 My wishlist for Arizona this winter was first, to not see any snakes and second, to see javelina in the wild. So far so good with the snakes…. and today we saw javelinas! 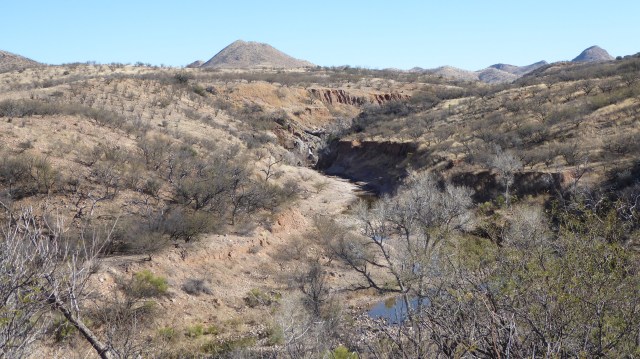 We went on a hike in the Sonoita Creek State Natural Area. 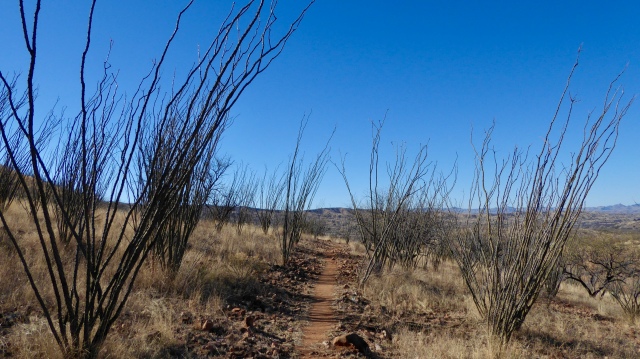 The trail was nice and would have been glorious if the ocotillo were blooming!

After about an hour Randy noticed a group of about six javalinas moving through the trees. I glimpsed the movement as well but it didn’t really feel like I’d seen them. We followed a bit and I had a good look at two of them moving up the hill. No time for a picture though… 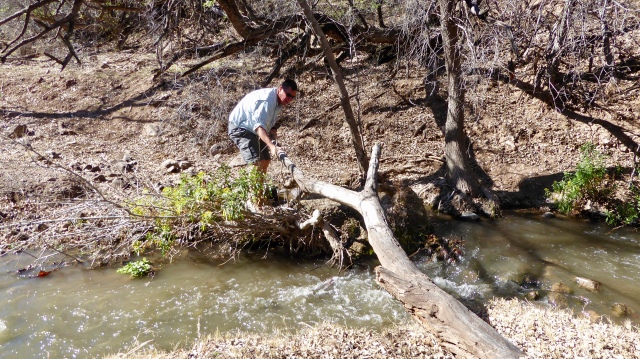 Randy figured out how we could cross the creek and we spent the next hour climbing through rocks and brush following a game trail in hopes of seeing them again. We got close enough once that Randy could smell them but we never did see them.  It was exciting!  More exciting than the birds or the cows, at least for me! 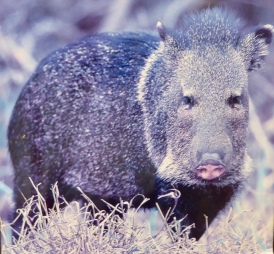 We enjoyed a cruise on Patagonia Lake. We learned the lake was man made (by damming Sonoita Creek) in the 1960s by developers who were trying to sell lake front properties.

This high bridge is for sailboats coming in and out of the still functioning marina.

The business venture failed but the lake is still here and now Arizona State Park property. The lake, out here where it doesn’t belong, is the attractant for all the birds, and birders.

The park has two distinct personalities, birders in the winter and water recreation enthusiasts during the summer months.   Patagonia Lake is the largest body of water in southern Arizona. 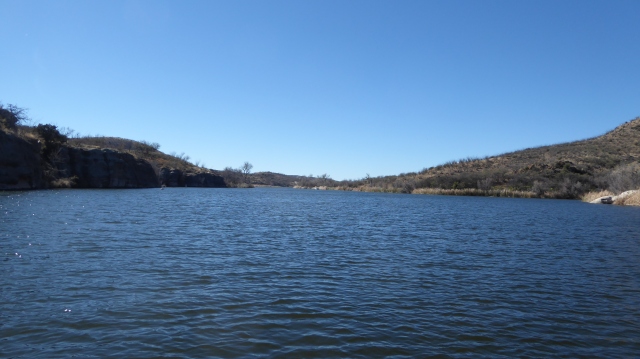 It has been nice to have this respite in nature for the last few days. Tomorrow we move back to a snowbird park, this time in Casa Grande. I am not expecting to see cows or javelinas there!  Hopefully no snakes either!

2 Responses to Is it Illegal to Steal an Illegal Cow?