Yesterday we headed west out of Boise on Interstate 84 – a route we have taken too many times before! Our destination is Vancouver, Washington but we had time to find a new route and a new stop-over.

Using a map and the website RV Park Reviews  I found what appeared to be a nice campground in Heppner, Oregon. I also found several ways to get there,  leaving I-84 at Baker City, North Powder, LaGrande, Pendleton or Hermiston.

Exiting at Baker City allowed for travel along an Oregon Scenic Byway. I checked on the ODOT website to see if there were any travel advisories due to weather or length of vehicle and found nothing. We were climbing and the scenery was beautiful. We had increasing snow alongside but the road was dry. 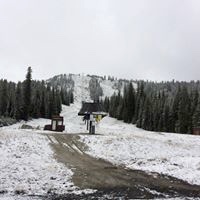 I neglected to get my own picture but found this one on the internet. I’m sure people snowmobiling were wondering what we were doing up there with a fifth-wheel!

Randy did a tricky back up and turn around maneuver (he’s good!) and we back-tracked 15 scenic miles to the interstate. So much for finding an alternate route this time of year! The camp-host had recommended leaving the interstate at Hermiston so we travelled the all too familiar miles and just went with that.

When we arrived at Willow Creek RV Park, we found a lovely little campground.  It appears to be connected with the Willow Creek Dam above Heppner but no one is here to ask so it is hard to know.

Willow Creek Dam was quite controversial when it was built in the early 1980s.  Built to protect the town of Heppner from a repeat of the deadly 1903 flood which killed nearly a quarter of the town’s residents, the Army Corps of Engineers used experimental roller compacted concrete.   Initial leakage levels were not encouraging, modifications were needed and an aeration plant was eventually installed in 2004.

At the campground, we began setting up.  I started opening the slides and heard wood splintering. That can’t be good! I looked to see if the rocking chairs were safe (the last wood heard splintering) but found it was the bed frame this time.

Those of you who have read the blog for a while may remember that Handy Randy redesigned our bed frame a while back.  Now a 12-pack of pop had shifted and lodged under the bed frame and jammed the frame and slide. Fortunately, the slide wasn’t damaged, just the bed frame.

After driving a long way, with bonus time for the detour, Handy Randy set about fixing the bed frame, which of course he did. What a guy to have around!

While he was fixing the bed, Elko and I walked around the campground and noticed that some sites had 50 amp power while ours only had 30 amp.  Randy decided we should move! It was a long day! 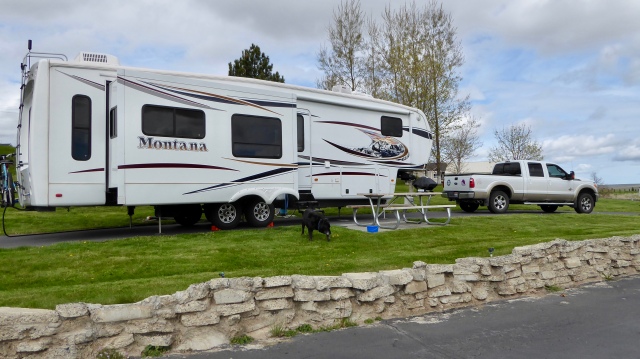 Our site with grass!  We don’t get to live on grass often enough!

This morning we took Elko for a walk around the area.  We found the ultimate green monster – the dam!  For those of you who aren’t baseball fans, the original green monster is the name of the left field wall at Fenway Park in Boston.

We also found the Masonic Cemetery of Heppner, Oregon. I opened my Find-A-Grave app and found that there were 46 open requests, a huge amount for this small town cemetery! 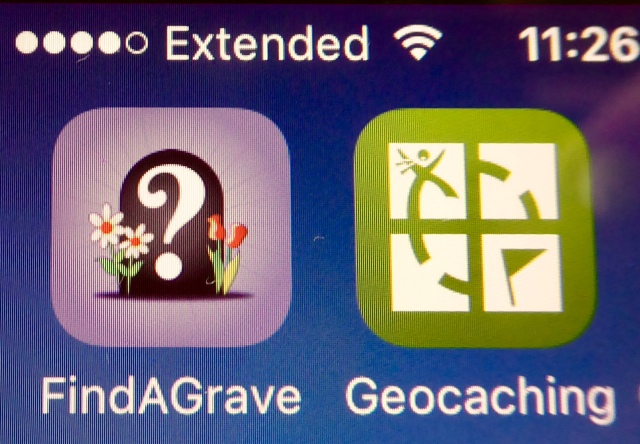 Find-A-Grave allows people to ask for a picture of a gravesite in cemeteries around the country.  I loaded the app over a year ago but hadn’t ever been at the right place at the right time to actually use it. We didn’t see a directory or anyone to ask, so we just started looking around.

The Grace A. Filkins Hayes being sought on the app was born December 28, 1873 and died May 19, 1908 but when I looked at the death certificate the death year was written over and unclear. Interesting and sad that Grace died at age 34 from tuberculosis pneumonia. I submitted the photo of the gravesite with the note about the year of death discrepancy.

Interesting the things you find living on the road! 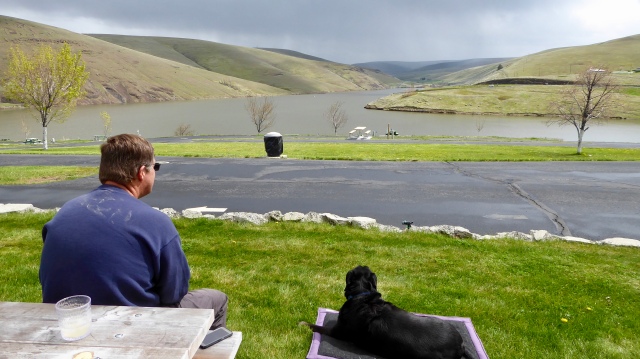 Sunday afternoon and almost everyone is gone – only one other occupied trailer. 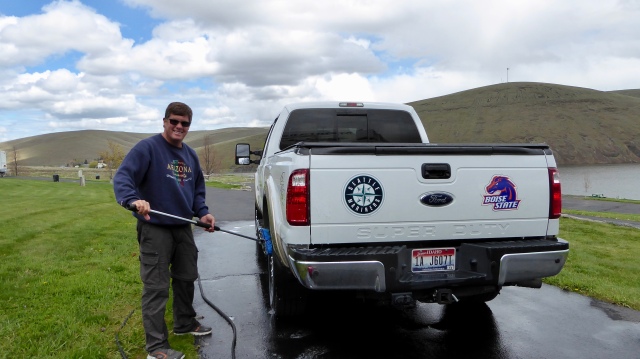 Randy is on a roll today….. cleaning the truck, the trailer cap, adding water to batteries etc.  As I said – a good guy to have around!  Maybe the ultimate good find!

Former full time RVers, transitioning to part time RVers. We've still got a map to finish! Home is the Arizona desert but we may not want to be here in the heat of the summer!
View all posts by Serene →
This entry was posted in Uncategorized and tagged Oregon. Bookmark the permalink.