The Spit, Slobber and Slime

After a visit with family in Vancouver, we took the opportunity to visit our friends Mark and Teri in Sequim (pronounced skwim) on the Olympic Peninsula in Washington State. We met them while volunteering at Farragut State Park in Idaho and have seen them in places around the west a few times since. 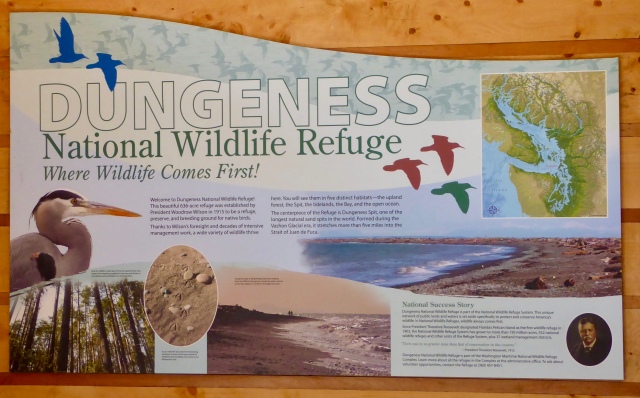 Mark and Teri are currently volunteering at the Dungeness National Wildlife Refuge. Access to Olympic National Park is nearby, but much is still snowed in. Fortunately, we have been there before so it wasn’t a priority this time.

At the wildlife refuge, we walked along the Dungeness Spit. A spit is “a narrow coastal land formation that is tied to the coast at one end.” 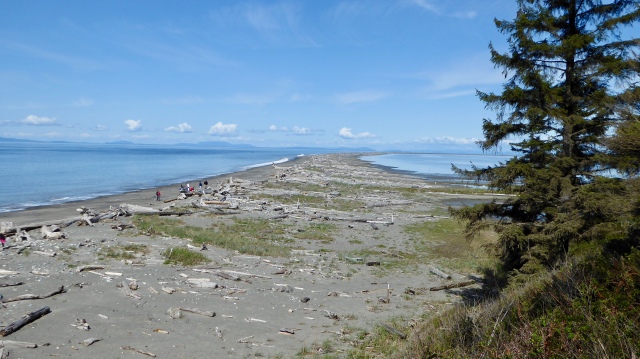 The Dungeness Spit is five and a half miles long, the longest natural spit in the country. 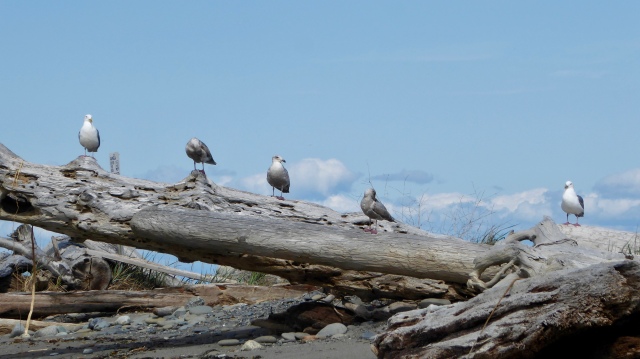 A posing of local gulls.  The white ones are the older adults with the darker ones being juveniles.

Three birders looking at birds while I look at them. 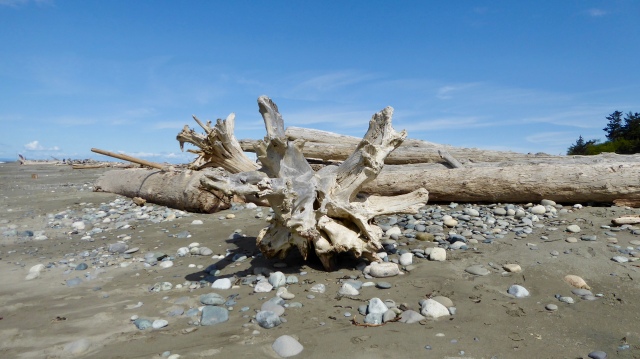 There is a large assemblage of large driftwood for miles along the spit.

Near the end of the spit is the Dungeness Lighthouse. Built in 1857, the lighthouse still assists navigation on the Strait of Juan de Fuca. A “lighthouse keeper” program allows individuals or families to pay to spend a week maintaining the lighthouse and giving tours to visitors. To be a keeper for a week costs $350 for adults. To “keep” the entire lighthouse costs $2250 per week. More information is available about this interesting “vacation” on the lighthouse website here.

So, that was the spit…now for the slobber and slime!

We visited the Olympic Game Farm. There are a variety of animals here including waving bears who didn’t feel like waving during our visit.

Several peacocks were in full fashion mode. We even heard him rattling his feathers, called “train rattling,” which is part of the male’s courting process. 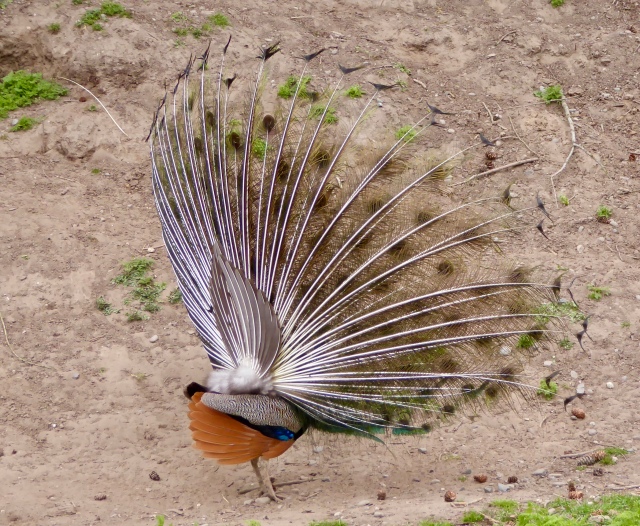 Even the backside is pretty. 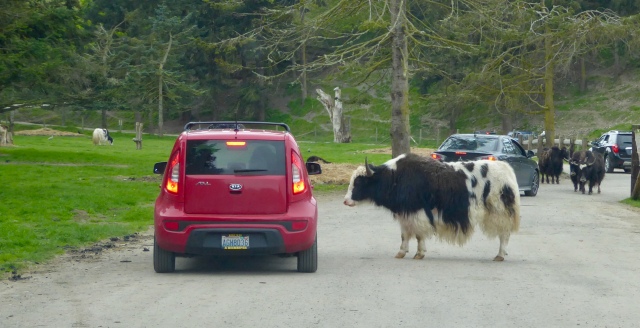 The highlight is feeding the large animals that come right up to your vehicle – kind of like a reverse drive up fast food window!

Although each animal is given a specific diet appropriate to its needs, the farm sells very soft whole-wheat bread loaves for $2 to supplement the animals’ diets and visitors’ enjoyment.  We bought two large loaves and could have easily given out more. 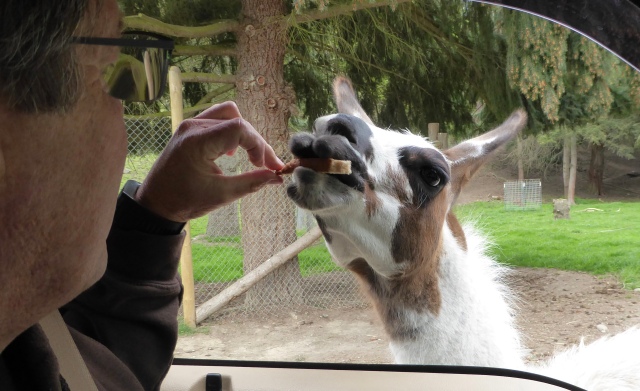 The llama knew what to expect and how to get it!

These yaks just space themselves in the road expecting a handout – which they get.

The animals get so close so quickly it is hard to take a picture!

It is far easier to take pictures of the cars in front of you!   Once you get to the elk and bison section, you are advised not to stop because the animals are pretty aggressive and can damage your car.  Unfortunately, the car in front of this one had stopped!   We didn’t get damaged but we sure got slime and slobber on both sides of the truck!

We were glad we had our big tall truck. It would have been really intimidating to have these two bison reaching their head in for food! The experience was a little bit unnerving at times, but a whole lot of fun!  I thought it would be scary to drive through all the animals but the animals are experienced and Randy said it wasn’t bad.

Lest you think Sequim is all about disgusting stuff (spit, slobber and slime), it is also one of the premier lavender producing areas in the world. There are nine lavender farms in the area which participate in a Sequim Lavender Weekend in July and Tour de Lavender in August.

We had an nice visit with our friends in Sequim, enjoying the spit, slobber, slime and lavender!

3 Responses to The Spit, Slobber and Slime