We Didn’t Even Clean Our Own House! 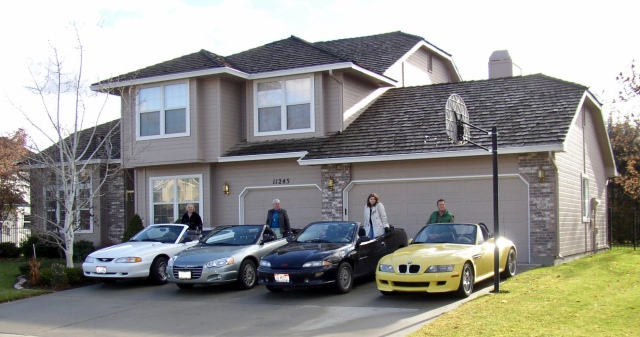 Me, my mom, Natasha and Randy in front of our Boise house.

Our house in Boise was usually clean but we didn’t clean it. We kept it tidy and Randy vacuumed occasionally but, when we were working stiffs, we valued our time more than our money and happily paid our friend Theresa to clean. She did an excellent job for 20+ years. 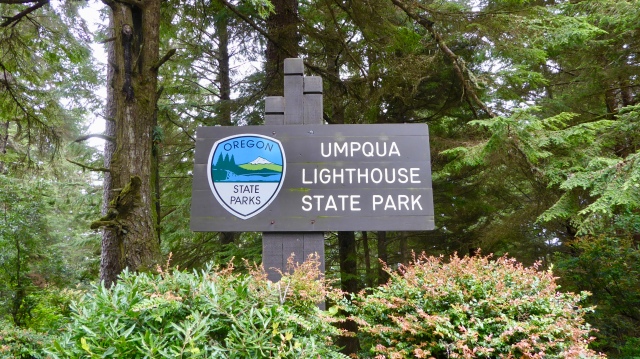 So, how ironic is it that, as volunteer stiffs, we signed up to clean yurts and cabins at Umpqua Lighthouse State Park? 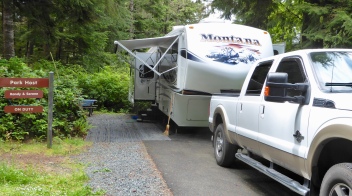 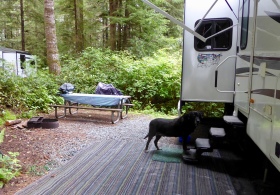 At Umpqua, we have a nice site with so many trees that sunshine is challenged and satellite TV is non-existent. There is no “over the air” TV and limited radio. This is life on stretches of the Oregon coast. At least we have decent Verizon cell and data service so I can listen to the Seattle Mariner games that I cannot watch.

Our campground has 44 campsites, two yurts and two rustic cabins. It also has six deluxe yurts that have a bathroom and small kitchen inside – the only such yurts in the entire Oregon State Park System. 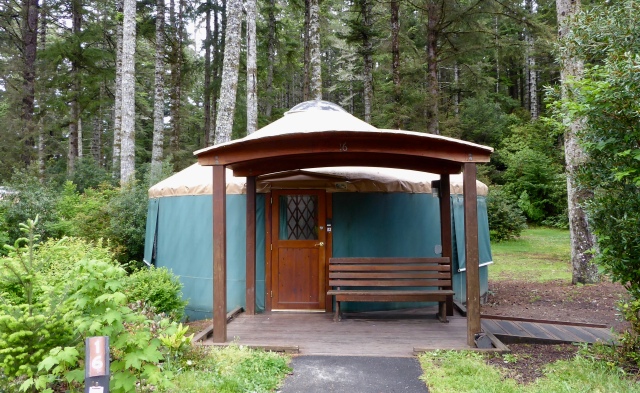 We cleaned this deluxe yurt this morning and it took 90 minutes with both of us working. There was a family in there for several days and it was likely dirtier than usual but we’ll see if it ends up as our longest clean. 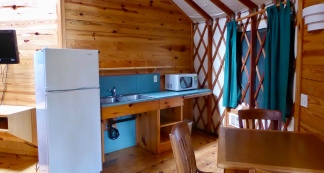 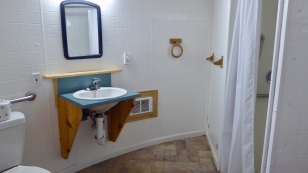 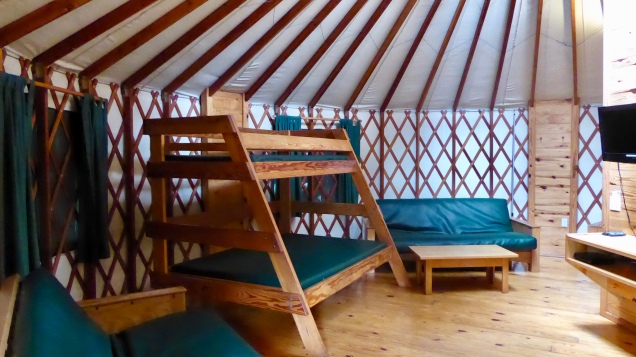 There are also two small yurts that rent for $41 per night. The small yurt below took us about 30 minutes to clean. 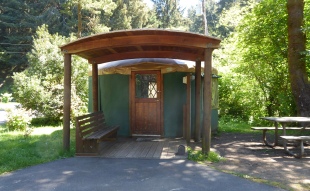 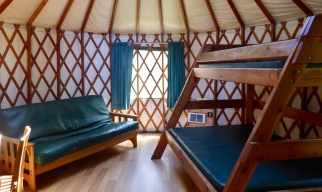 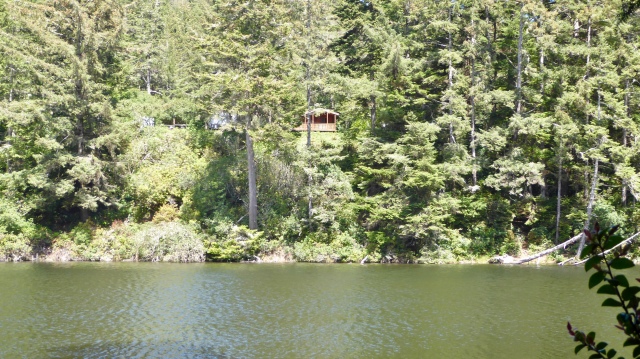 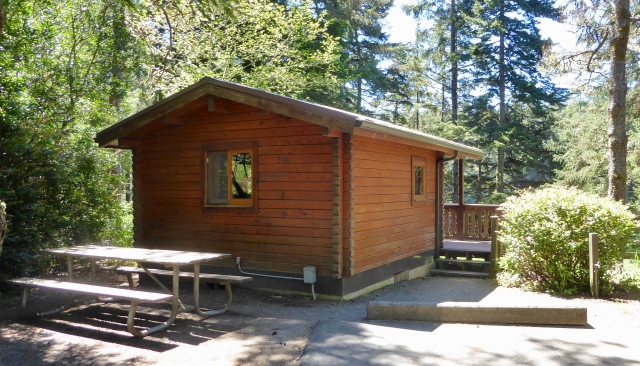 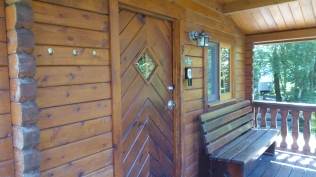 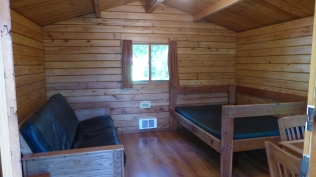 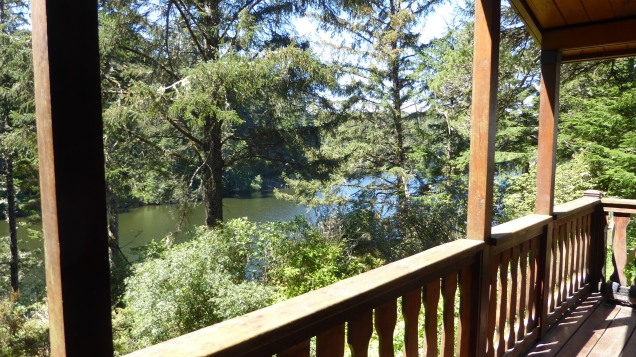 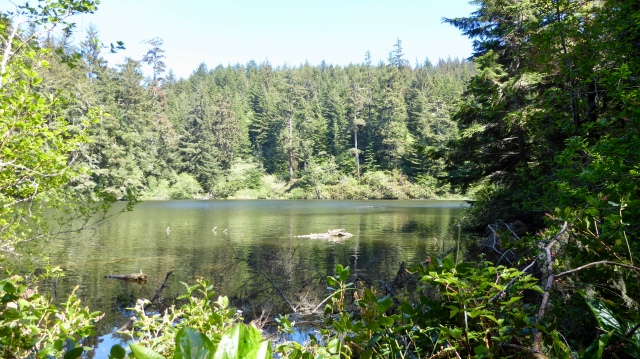 The other part of our assignment is walking and monitoring the Lake Marie trail.  We walk  the one mile loop once a day picking up trash and generally enjoying the scenery – even though we only are asked to do it once a week. 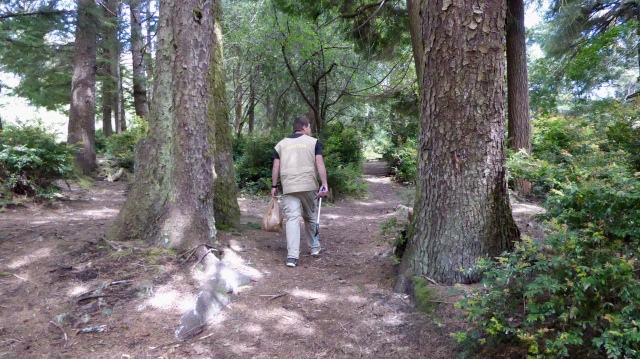 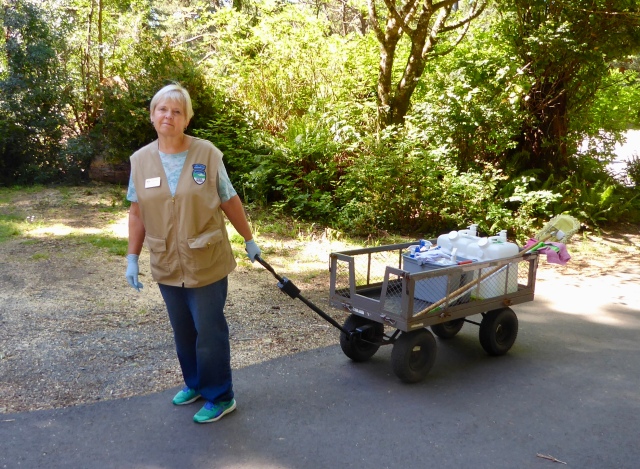 So-far, so-good with the cabin and yurt cleaning. We have camp-hosted in the past and enjoyed camper interaction but were intrigued by the idea of doing our task and then truly being off-duty. We think we are going to like this assignment and may look to do it again in the future.

So….speaking of the future. We had plans to volunteer in two other Oregon parks this summer but instead we are heading back to Boise in early June. While in Boise last month, Randy had his annual bladder cancer re-check and the darned cancer came back in a new and more serious form.

We are waiting (and waiting) for insurance approval and expect to begin treatments in early June.   It will be a six weeks on, six weeks off, three weeks on, nine weeks off schedule for about two years. Treatment is usually successful, and we have no reason to believe the treatment won’t be approved, but waiting is stressful.

Randy feels fine and has no symptoms.   His bladder needed to heal between the biopsy and treatments so being on the Oregon coast for this month is good.  It is keeping us busy for a few hours each day.  We are thankful that he had a little cancerous spot removed in 2008 and that his doctor has been looking ever since.  Prayers and good thoughts are appreciated. 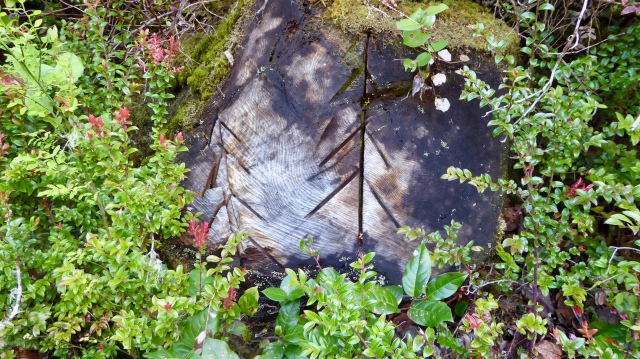 Until then, we will continue to clean away, make new friends, and explore this area of the Oregon Coast. We will read a lot, listen to podcasts and Mariner games, and go without TV.  We can do anything for a month.

15 Responses to We Didn’t Even Clean Our Own House!