When we came to the Oregon Coast we knew we’d be seeing our friend Beth again. We catch up with each other frequently on the road. We saw Beth at her volunteer site at Beverly Beach State Park and met her guy, Art.

We’ve been able to see Beth a few more times, including when she and her friend Kathy came by our place at Umpqua Lighthouse State park.

We also met some new friends here at our park. Sharon and Stu lived in Boise for many years and are new full timers. Sharon made a point of speaking to me because of our Ada County Idaho license plates.

Boise friends take a close look – some of you probably know Sharon and Stu. It was AMAZING how many times our lives might have intersected in Boise but didn’t. We lived in the same part of town. Their daughter went to a school I taught in. Sharon was a nursing professor at Boise State when Natasha was in the nursing program. Their girls went to the same high school as our daughter. We know some of the same people.

Funnier still is that they are annual lighthouse keepers at the Dungeness  Lighthouse I wrote about a few weeks ago in the blogpost The Spit, Slobber and Slime. They remember meeting our friends Mark and Teri on the spit in early March. It was so enjoyable to meet Sharon and Stu and compare lives over several evenings.   Hopefully we’ll have chances to catch up with them again on the road as well.

Stellar’s Jays are common here. They are beautiful but seem to be ornery. They are never around when I have the camera but are always flitting about when I am without it. I am on a campaign to get a good picture before we leave, but so far the birds are winning. Devious foes….

Randy’s Samsung takes better pictures than my iPhone, but still not as sharp as the camera! 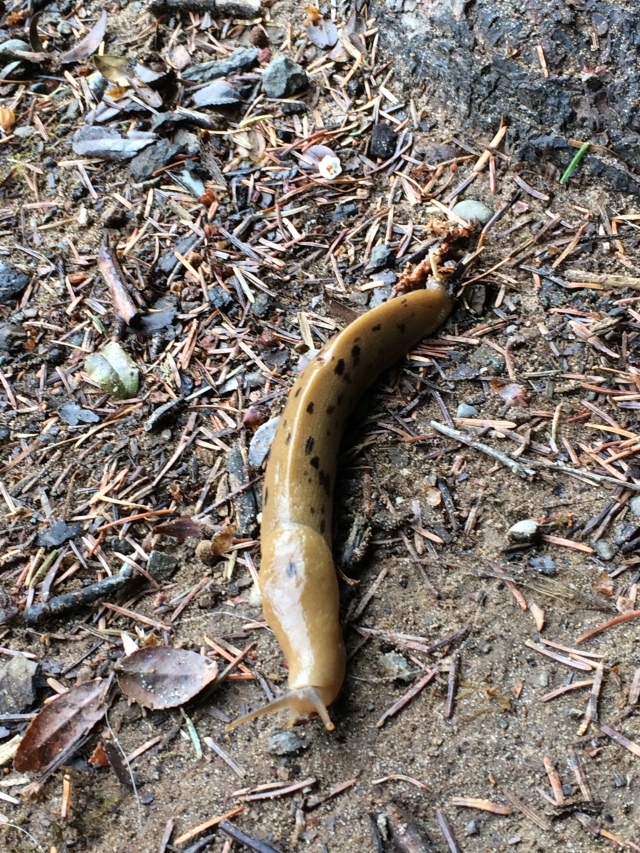 Slugs don’t do anything to bother me except exist.  Foe enough…. 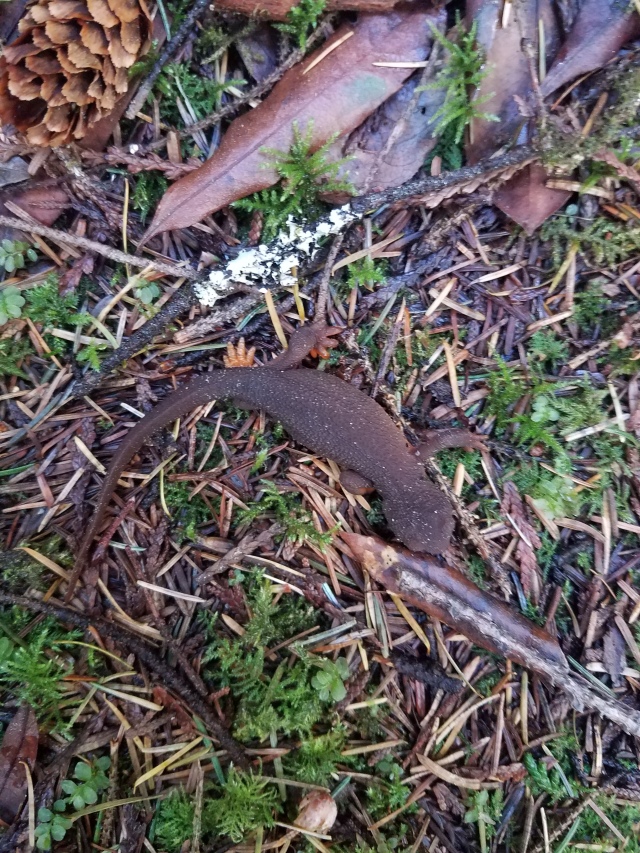 Not sure why my dad calls my mom “newt” as an endearment….

Randy spotted this Rough-Skinned Newt along our lake trail, a foe to humans and animals alike. These newt exude a strong toxin from their skin that acts as a warning to other animals. Touching one of these newts can cause skin irritation and even death if one is ingested.  Although I am not the least bit concerned I  will ingest one, I’m still not interested in tangling with this foe!

We went to the Darlingtonia Wayside, the only Oregon State Park dedicated to protecting a plant species. This botanical preserve is set aside for observing the carnivorous plant, darlingtonia californica. It is a foe to insects (and not humans) so we felt comfortable walking the boardwalk amongst the carnivores.

These plants feed by attracting the insect prey with blooms and confusing them in a maze of transparent areas. The insect falls, is trapped, digested and absorbed.  Darlingtonia, also called Cobra Lilly and Cobra Orchid, live in bogs in northern California and southwestern Oregon.

We have passed the halfway point in our month on the Oregon coast. Hopefully we’ll meet more friends, see no new foes, and finally get a good photo of those pesky birds.