What’s a Handy-Randy To Do?

Randy worked really hard on two campground fences and has been enjoying a bit of a lull before starting his last campground.   He’s mostly worked alone but occasionally has help from the rangers or seasonal workers. 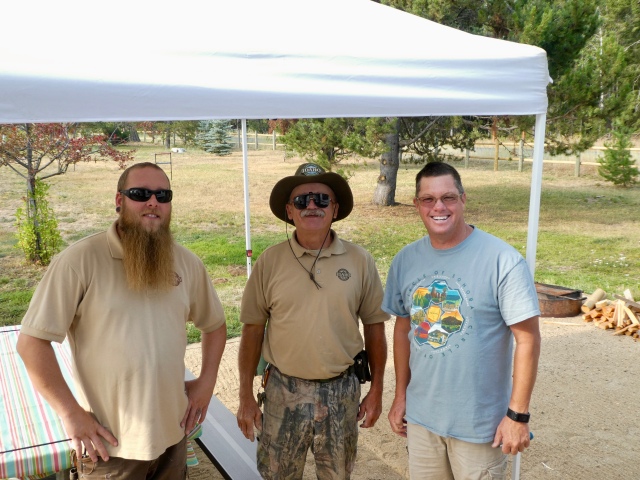 Randy has enjoyed getting to know the ranger and seasonal staff including RJ and Kenny.  When RJ and Kenny helped Randy install posts Randy wanted everything to be very precise.   One of them asked “Are you an engineer or something?”  They chuckled when Randy admitted that he was an engineer. 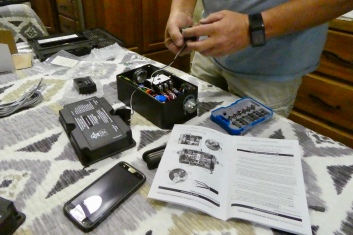 Given the lull, Randy tackled some trailer maintenance.  Our Progressive Industries Electrical Management System is designed to give information about electrical usage and provide warnings and protection if the power amperage is too low or surges.   All that was good until it started humming at a pitch that drove me crazy!   The hum started in May and we pursued a replacement under the life time warranty.  While waiting for it to arrive, we had a thunderstorm complete with electrical surge that took the hum away.   Recently the hum started again so Handy Randy switched them out. 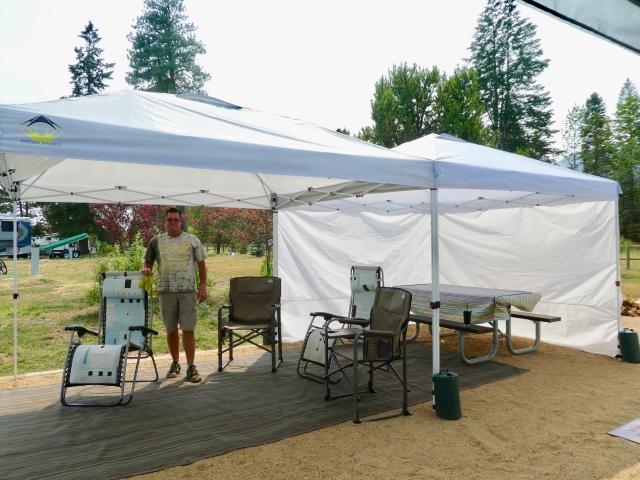 We had another company stand behind a product in an unexpected way.  We ordered a 10 X 10 canopy from Crown Shades on Amazon and it came and all was well until a microburst sent it flying and bent one leg.   I contacted the company to see if there was a way to purchase a replacement leg.   There wasn’t – so they sent us a brand new canopy.  We made it clear that the leg had not come damaged but they sent us a new canopy asking only for a positive review on Amazon.  We got to keep the old canopy and Engineer Handy Randy made the bent leg workable so now we have two.

Handy Randy repaired the rotating sprayer inside our black tank.  That was a smelly job. 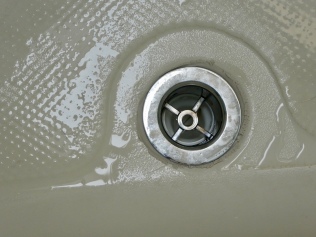 And he replaced a cracked drain in our shower tub.   There’s no end to what Handy Randy, the engineer, can do.

As a break from all that maintenance, we walked the Tamarack grounds and came upon a few abandoned construction sites.   Randy enjoyed these the way I enjoy museums! 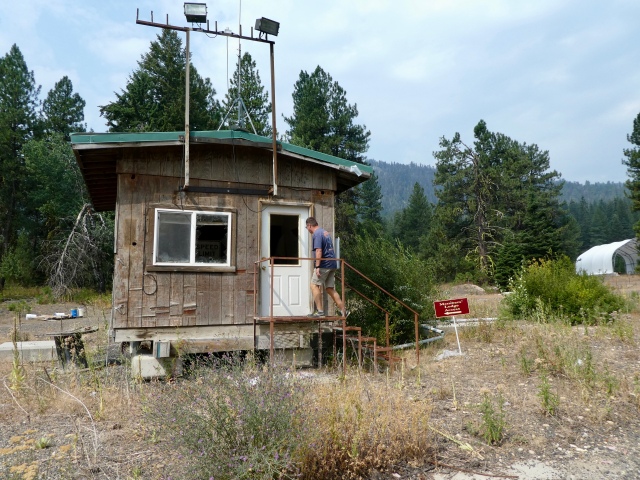 Randy never saw a closed (but unlocked) door he didn’t feel free to open…..at least in a place like this!

We found some interesting things.. like these Delvo pucks.  I had to research what they are used for.  They are recommended for use in slowing down the hardening of fresh concrete or stabilizing returned concrete wastewater.  Now you know… 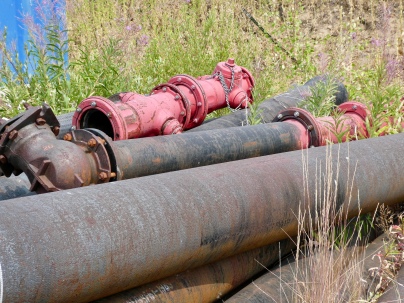 Handy Randy is good looking, capable, smart and very strong.  Look at him lift the massive styrofoam block!  There were dozens of them.

Kent, Pam, Randy and I started the day at the Donnelly Huckleberry Festival pancake breakfast! 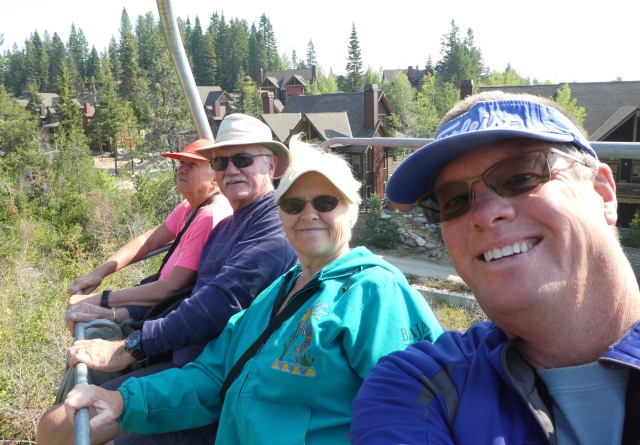 Then we went up the Tamarack chairlift to see what we could see.

We were hoping to see the Mesa fire on the other side but that involved an additional three mile hike uphill so we didn’t.

We did come across this 4000 gallon water tank.   Kent, former engineer for the Public Health Service and the City of Boise, quizzed us on water usage.   He explained that nationally households use about 5000 gallons of water per month.   It was interesting to have that 4000 gallon visual.

Who is providing salt licks and why are they different colors?  Even the engineers didn’t know.

We’ve had so much fun with Pam and Kent this summer! 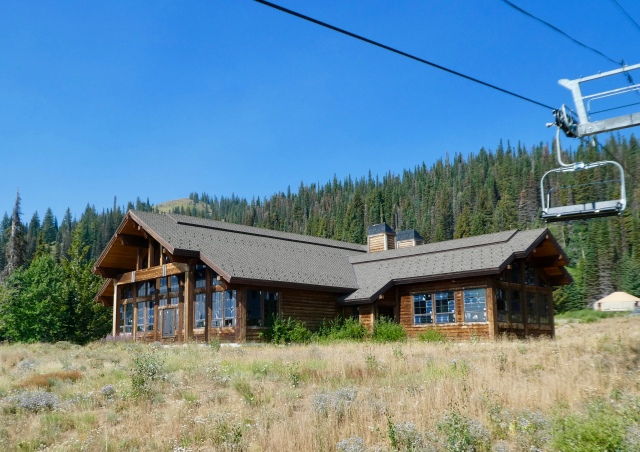 This upper lodge was never completed.

The hazy, smokey view of Lake Cascade from up top. 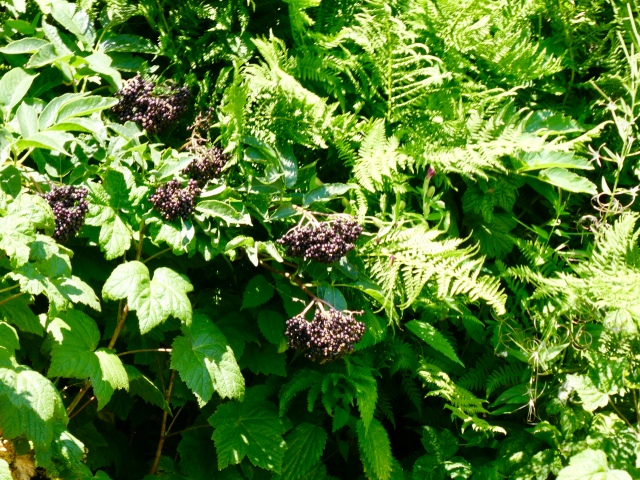 We saw lots of elderberries but had no way to get to them. 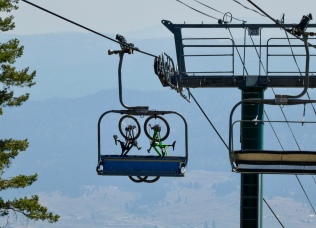 The only wildlife we saw were the human variety riding the chairlift with their bikes and then racing downhill.  $169 for a season pass for human and bike.

On the way down… enjoying the mountain biking wildlife.  We left the top on the chairlift at the same time this group left on their bikes.  They went a lot faster and covered more ground and we arrived at the bottom at the same time.

2 Responses to What’s a Handy-Randy To Do?