The Eye of the Storm

If chemotherapy was the frontside and surgery is the back side, we have been enjoying relative calm in the eye of the storm.  We’ve had about six weeks in which Randy has gained strength and resumed some level of normalcy.  He still has headaches and fatigue but overall he has done well.  That has allowed us to enjoy some visiting and take a couple road trips.

Our first road trip was to Tucson to visit Boise friends Warren and Connie.  They live in a  very nice 55+ community that is on our short list of places we might land. 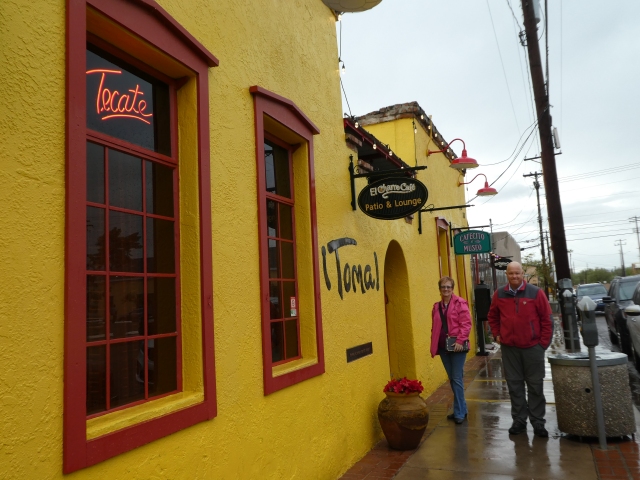 While we were there we went to El Charro in Old Town Tucson.  It is the oldest (1922) Mexican restaurant in the US that has been continuously operated by the originating family.

On the way back to Mesa, we stopped for a visit in Casa Grande with Oregon State Park volunteer friends Jess and Jean.

Boise friends Bryan and Debbie joined us for a couple days in Mesa and we went to Organ Stop Pizza.   Randy and I have been there a few times and the organ is the draw, not the food.  We had given up on the pizza and had pasta this time.  Next time I’m having salad and mozzarella sticks. 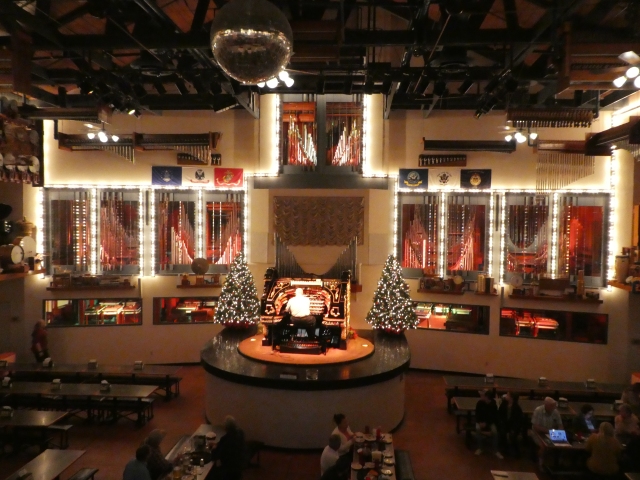 But the organ is very cool, taking up an entire wall of the restaurant.  It is the largest console organ Wurlitzer ever made with 276 keys, 975 controls and nearly 6000 pipes.

A few days later we took off for Yuma on another road trip.  One of the notations in my 177 page “Things to Do” document referenced a restaurant en-route in the little town of Gila Bend.  Usually a town you just drive through, we stopped at Little Italy because Prince Harry dined there in 2011. 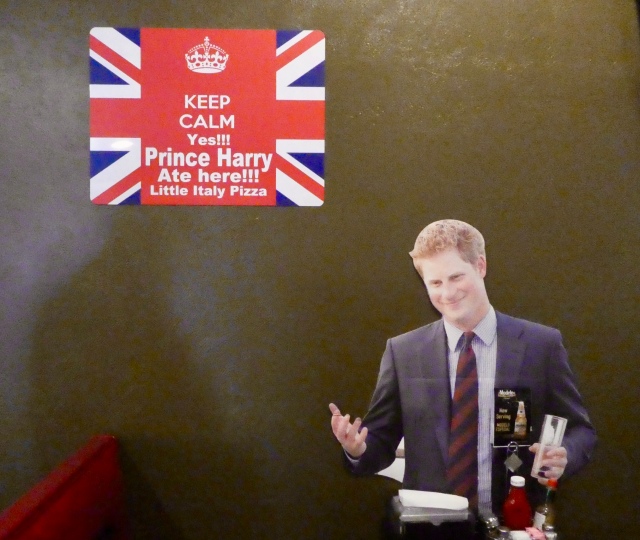 He was in the vicinity for helicopter training and supposedly declared their Meat Pizza the best ever.  The restaurant is still taking full advantage of their unlikely royal visitor! 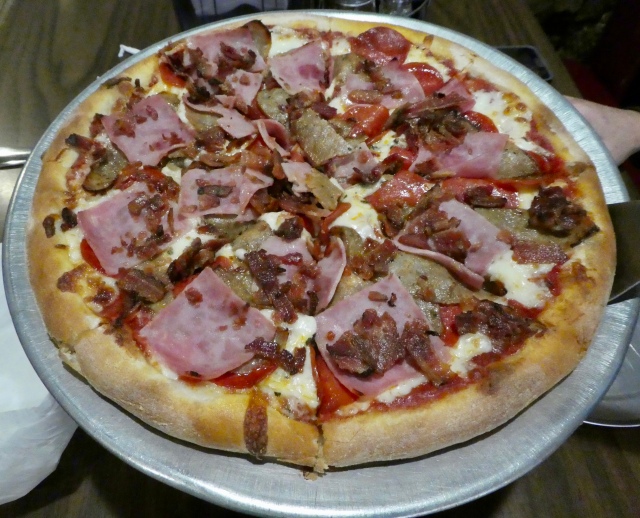 We tried Prince Harry’s choice and it was a little too meaty for me.

We enjoyed days in Yuma with our Canadian friends, Linda, Catie, Gord and Dave.   We had most recently seen them on Vancouver Island last spring.   Randy golfed nine holes with the guys and was pleased his game hasn’t gone away in the last few months.

Once again stopping for lunch in Gila Bend,  on the return trip, we ate at the Space Age Restaurant.

Nothing was remarkable except the alien sunglasses we bought to send to our grandson.    We wore them when we were skyping with them this afternoon and he is excited to get his glasses.

Back in Mesa we are preparing ourselves for the backside of the storm.  Randy has two more pre-op appointments Monday and my mom flies in.  Our friend Beth will also be here to offer support.  We all check into the Residence Inn near the Mayo Hospital and get ready for go time on Tuesday morning.  (Medical updates will be on the CaringBridge.org site, Randy’s Bladder.)

We can’t say we are looking forward to any of it but….let’s get that stinkin’ thing outta there, get through the recovery, and be done with this storm.  Or at least as done with it as we’ll ever be.

5 Responses to The Eye of the Storm