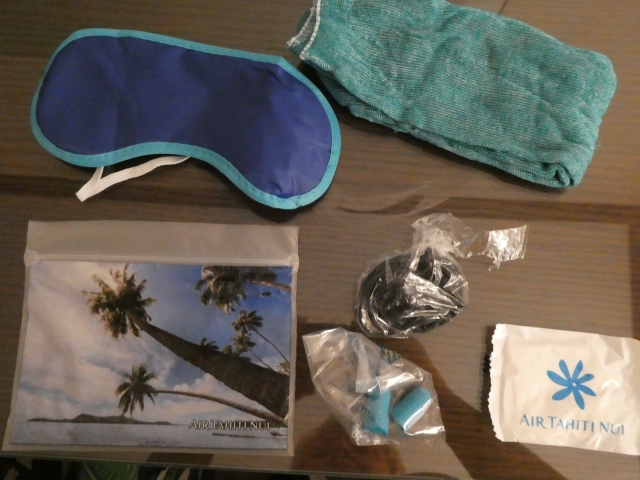 We landed in Papeete, Tahiti at midnight and went straight to the hotel and bed.  We enjoyed a breakfast buffet and free time the next morning.   Tahiti is the largest of the 118 islands in French Polynesia.

We took a short ferry ride to Moorea.

We were quite happy with our garden bungalow at the Intercontinental Moorea. 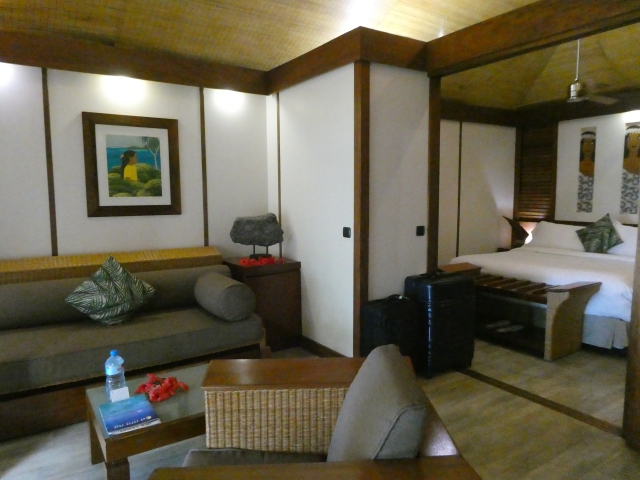 Because of renovation work being done far away from our bungalow, we received complimentary dinners in addition to the breakfast buffets.   That was nice because everything in French Polynesia is expensive.  Throughout our stay we were surprised by the number of young couples and families visiting the islands.  They surely have different spending priorities than we did at that age.  Good for them!

The resort has a Turtle Hospital and Sanctuary.  There are a range of care levels from full human support to minimal support before release.    Two hundred and thirty three turtles have been treated and released since 2004.

There were 12 turtles in residence including the mascot Tortilla.  She arrived in 2004 with a severe floating problem caused by a damaged or diseased shell.  She was unable to move effectively and feed herself.  Tortilla is about 60 years old and is a permanent resident.

There was also a Dolphin Experience on site with three resident dolphins. We enjoyed watching others but didn’t feel compelled to partake ourselves.

A Man and His Dolphin

We purchased a tour for snorkeling with rays and sharks with lunch.  Several tours were leaving from the same dock and, because we speak no French, we didn’t understand where to wait and when to leave.  We were told to watch and follow one particular man.  It was a very humbling experience. 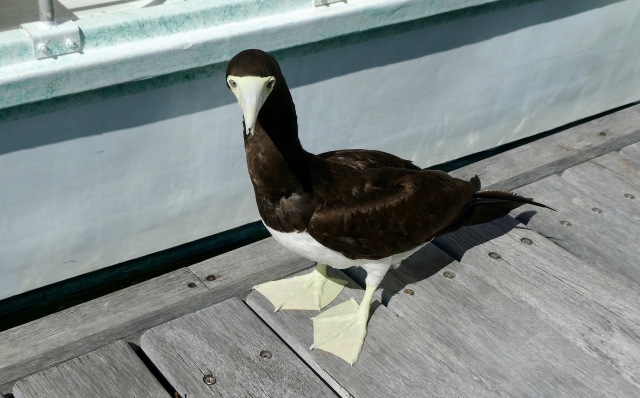 While we (and 30 of our closest French speaking friends)  were waiting to leave, this Brown Booby showed us that he was not intimidated sharing HIS dock with humans!    Thanks to our friend Mark for the bird identification.

We made it on the right boat!  Boat personnel feed the sharks and rays to gather them.

Randy snorkeling with the sharks! 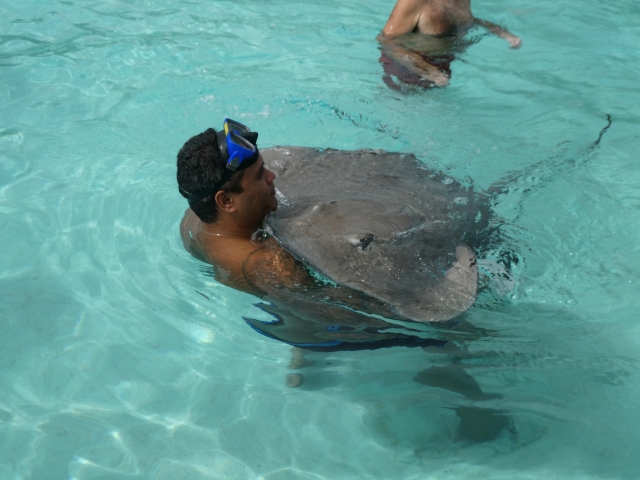 We had our own ray experiences but not quite this close! 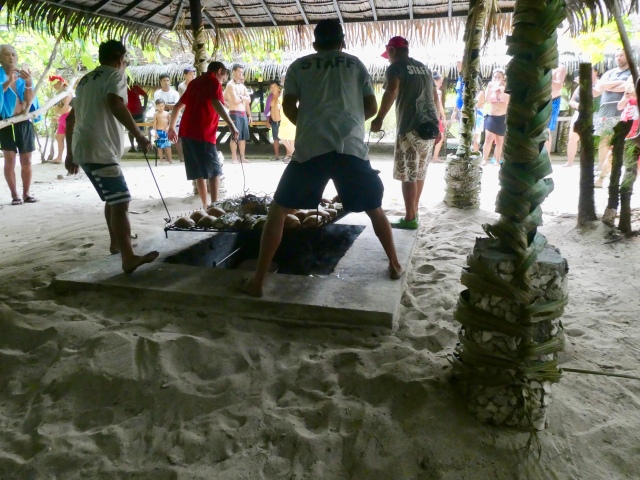 Our tour included a polynesian lunch cooked in traditional fashion. 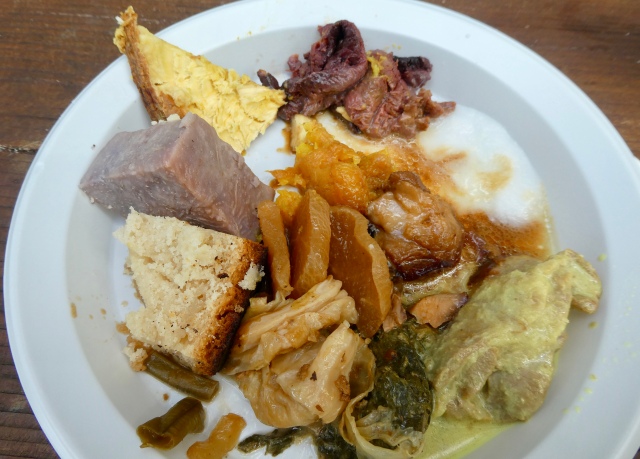 Our captain tried his best to tell us what we were eating.  It was mostly delicious.

We came back from snorkeling to find most of our tour companions had left!  Our captain was still there.    He indicated we were okay and would go back on a smaller boat.   While traveling we have always depended on someone speaking passable English or our basic Spanish. This was a whole new level of uncomfortable.

The ride back was some kind of beautiful!

Salt water has its perks, like sharks and rays, but we prefer to swim in fresh water pools.

Our complimentary dinner benefit included the Polynesian Dinner Show!  We ate to the tunes of the ukulele and percussion ensemble.  Similar groups are everywhere in French Polynesia.

Chicken varieties are everywhere and help clean restaurant floors immediately.    This one wanted to help us clean our plates!  We enjoyed their presence.

After three nights on Moorea we headed to the airport and Bora Bora.  Our driver spoke great English and gave us a bit of a tour.  Two diesel generators supply Moorea with power costing about $250 a month.  He said island life is expensive for tourists and locals.  People fish and grow a lot of their own food.   He spear hunts for wild boar. 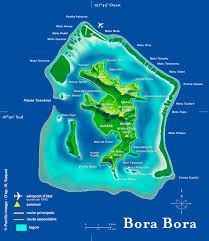 Bora Bora is an island surrounded by coral reef and smaller islands called the motu.    The airport is northernmost on a motu island so airport transfers are boat rides.  The Intercontinental Bora Bora is near the southern point of the main island.

An iconic image of Bora Bora!

This is another iconic image!   We kept wondering which of the many over-water bungalow resorts we passed was going to be ours.   Staying in an overwater bungalow was part of the bucket list event.  We learned later that about two thirds of all Bora Bora accommodations are overwater bungalows.

We finally arrived and it was so exciting to go out on the docks and see our bungalow!

This is looking down into the water from directly above the glass topped coffee table.  The top slides open to feed fish.  It is especially nice when lit at night. 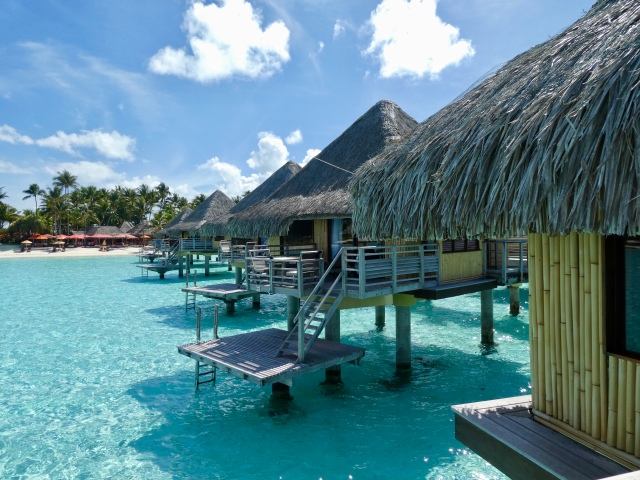 This is the neighborhood view from the upper back deck.   There are two, one at the bungalow level and one nearer water level.  A ladder lets you go from your bungalow right into the water.  And then when you get out, there is a fresh water shower on the lower deck!

They have done a nice job of creating coral stands to attract fish.

And the occasional ray and shark.

Randy found this nice shell while snorkeling and then noticed it was still occupied.

He put it near the coral reef under our bungalow but it left us. 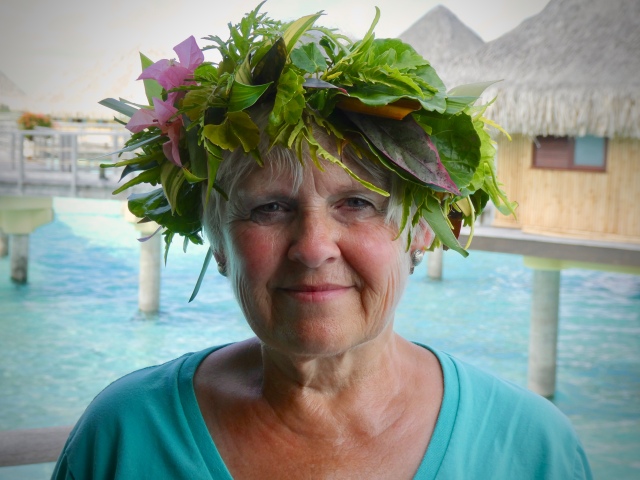 We made our own Tahitian crowns!

I learned a variety of ways to tie a pareo and we kind of learned to weave palm leaves. 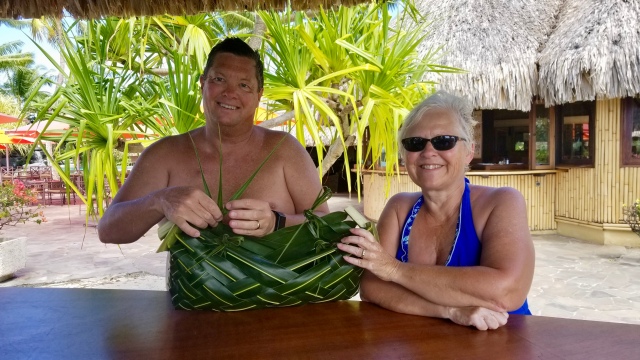 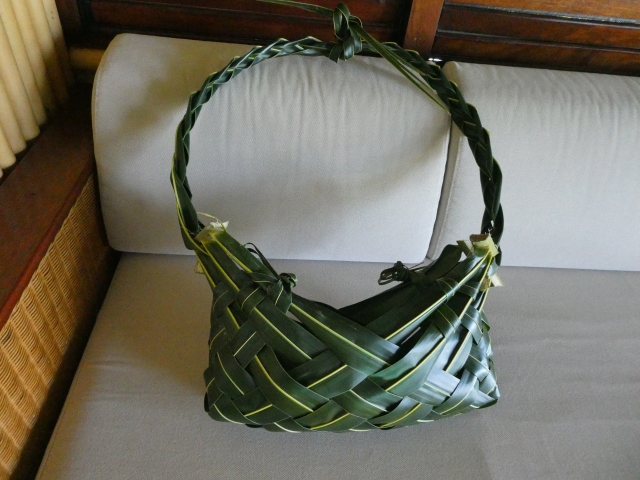 Mostly the teacher did it for us.

An enjoyable spot for morning coffee.

We had complimentary breakfast buffet late each morning and usually ate just once more. Randy usually opted for typical American breakfast items.  I preferred an eclectic international mix and had it day after day:  Fruit, crepes, bread and brie, and fried rice with corn. 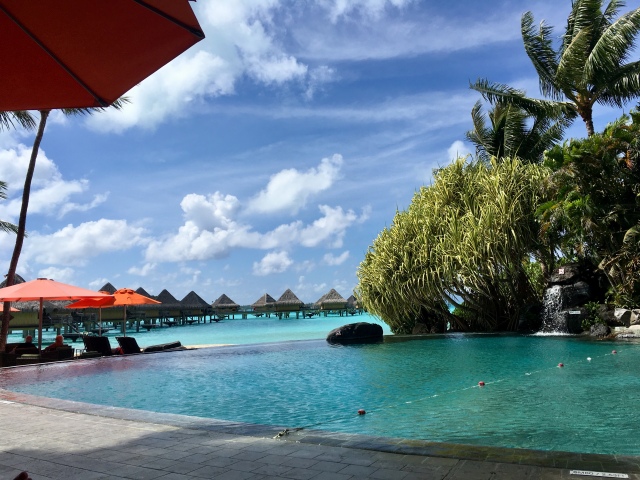 Most afternoons we ended up in the fresh water pool overlooking the lagoon.

With no complimentary dinners at Intercontinental Bora Bora, we branched out.  We ate at the nearby Lucky House several times.  They have yummy, reasonably priced pizza.

Another night we went to the famous Bloody Mary’s.  We didn’t actually know it was famous until we saw the signs of all the famous people who have been there! 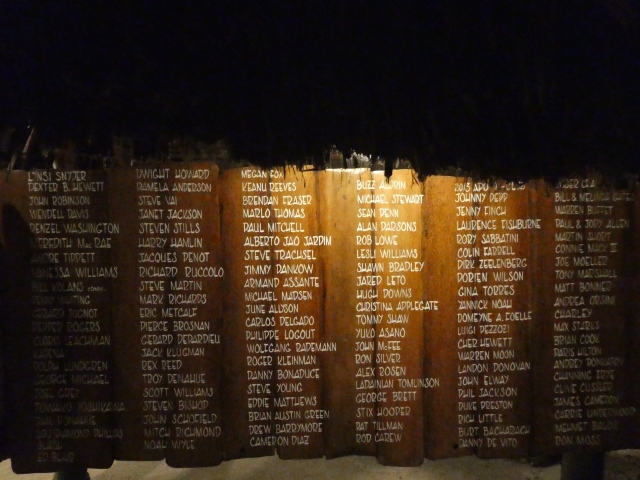 This is only one of the signs!

I think this was the first time we’ve ever ordered Happy Hour Bloody Marys!

You order your meal as you enter.  Both the ribs and tuna steak were delicious.

We took a Jeep tour to experience the island beyond our resort area.  Bora Bora is the oldest of the French Polynesian Islands and was created by a volcano.   At the current rate, our guide said the islands will be lost because of rising seas in about 2000 years. 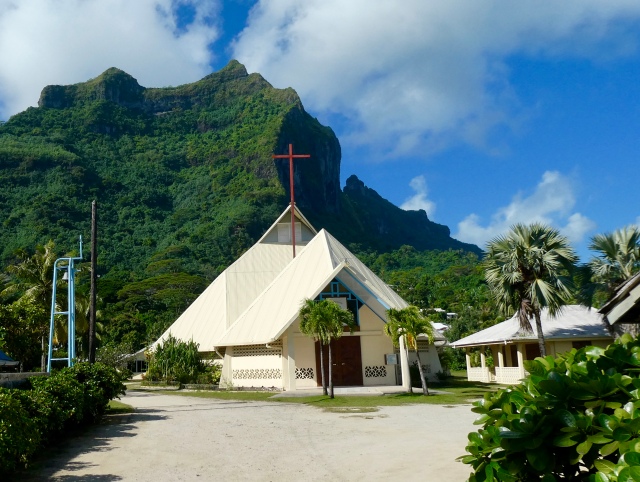 Our guide told us the islands are 95% protestant thanks to missionaries from England arriving  222 years ago.  An earthquake struck the island on March 3, 1797.  When missionaries arrived the following day, the islanders connected the events and welcomed them.

We were shown a variety of flora and this plant is quite special.  The blooms begin the day yellow, change to pink during the afternoon and finish the day red – and then they are done.  The leaves of the same plant are multi use, including stacking for plates and use as toilet “paper”. 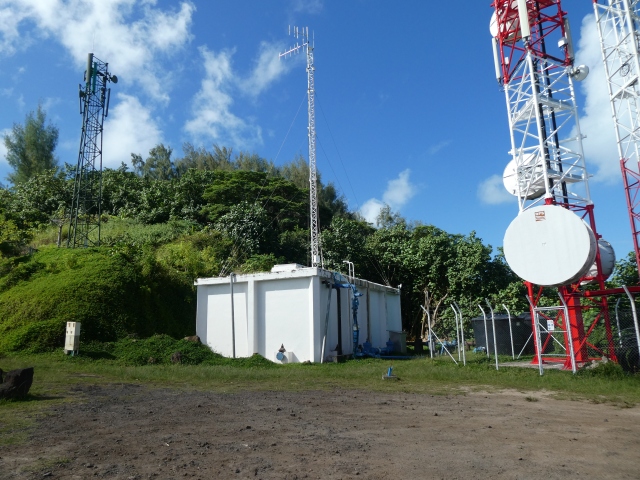 This is a water collection station but the water is not drinkable.  Water at a restaurant costs you the bottle rate, usually from Australia. 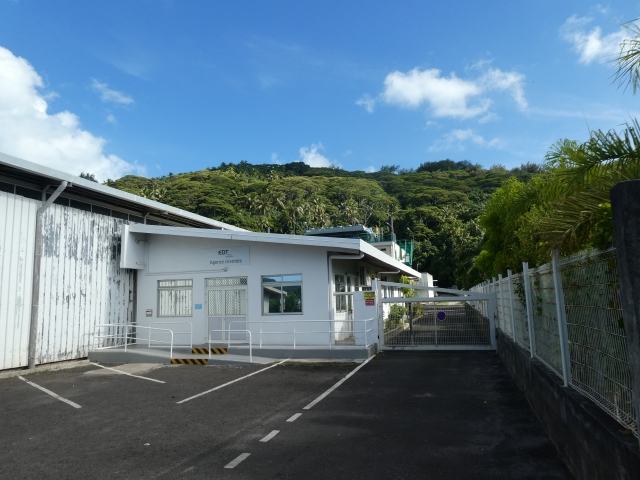 The building behind this one holds the diesel power generator.  A single generator supplies power for the 10,000 island inhabitants.  Our guide did not remember the last time it failed. 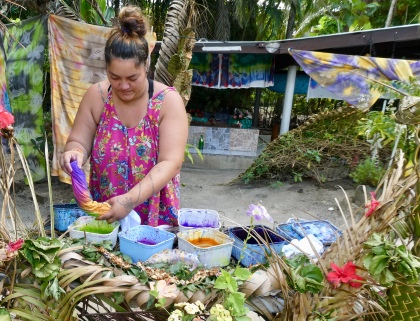 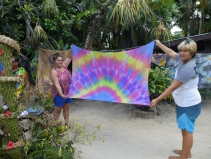 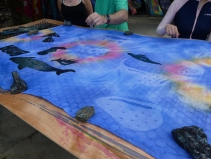 Our guide took us to a family operation making pareos.  We saw how they dye the cotton cloth and use stencils and the sun to add a picture.  I found one to buy!

Alex was a great tour guide! 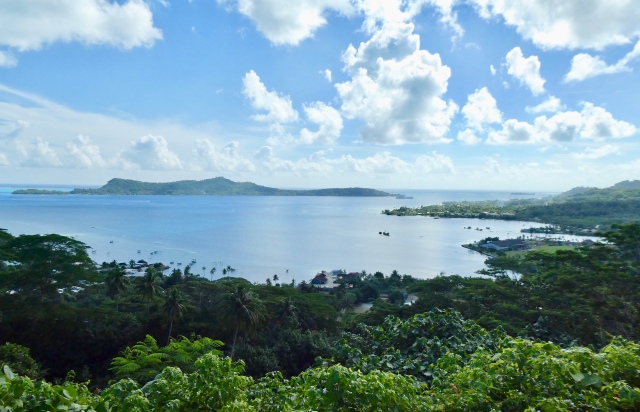 Remember the map with the island, reef,  and motu?  There is just one way into the interior and because of that Bora Bora became a strategic location for America after Pearl Harbor.  Within a few months American soldiers arrived and built the 22 mile road around the island, still in use today. 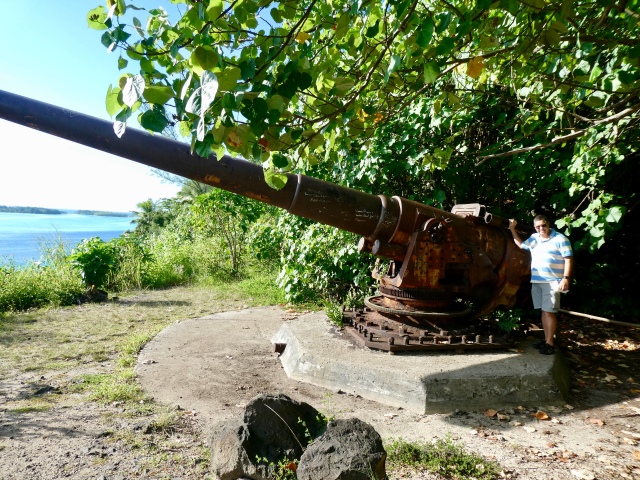 They brought and installed eight cannons around the island but they were never fired.  With only the one entrance, the Japanese never tried to engage at Bora Bora.

Alex said islanders in general have good feelings about Americans and what they built and left on the islands.  Many natives have some American blood because of the soldiers stationed there.  Thankfully, the mixed race children were accepted without issue in Bora Bora.   He said the French came in after the Americans left and at least he isn’t happy about it.   We couldn’t see any visible signs of acrimony toward France in French Polynesia, but we may not have understood it if it was right in front of us either!

We left our overwater bungalow in Bora Bora at 10:30 am on Saturday and arrived in Surprise, Arizona at 6:00 pm on Sunday.  That included some waiting around the pool time and waiting at the airport time but it was still a long trip.   But it was still awesome!! It was well worth the distance, expense and difficulties.

My bucket list trip is a cruise to Norway to see the Northern Lights – already booked for the fall of 2020.  We can only hope it will go as well as Mom’s bucket list cruise through the Panama Canal and Randy’s to Tahiti!

May your bucket list dreams come true as well!