Our trip had a rough start.  We knew intellectually we would be trading trailer problems from full time use for problems due to inconsistent use but we didn’t expect so many so fast.  In frustration Randy even said the words “It’s time to sell the trailer.”

Driving to northern Arizona was fine but while setting up I noticed that a rock lodged under our kitchen slide tore the vinyl flooring.   Then our new house based DISH receiver, that was supposed to work with our current satellite dish in the trailer, didn’t.  Randy and DISH technical support eventually determined the problem and the part fix.

Finally, and most problematic because you can live with a torn floor and no satellite reception, a valve in the water system broke and we were without water.  Randy eventually kluged a fix so we had some water in the trailer while using the pump but it is a very temporary fix.

Most of the next morning was spent trying to run down needed parts.  It took hours but a plan for eventually acquiring the parts emerged so we could go have some fun!

We visited Petrified Forest National Park and found way more than we expected!   We began at a visitor center with an orientation film and museum.

The museum showed us how this currently barren landscape looked during the Triassic Period, with forests, plants,  fish, dinosaurs and reptiles.  Think Costa Rica because that is where northern Arizona was before continental drift!

The area that is now northern Arizona was near the equator when the land was one continent called Pangea.

Plant and animal life were fossilized through continental drift and climate change.  The forests were buried by layers of sediment absorbing ground water, volcanic ash and minerals.  The minerals are responsible for the varied colors. 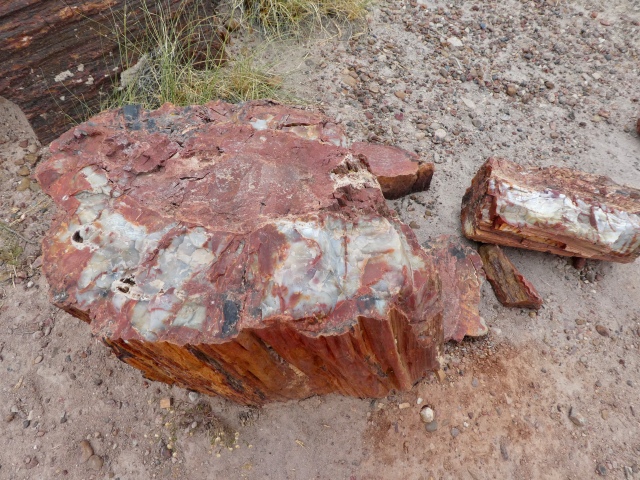 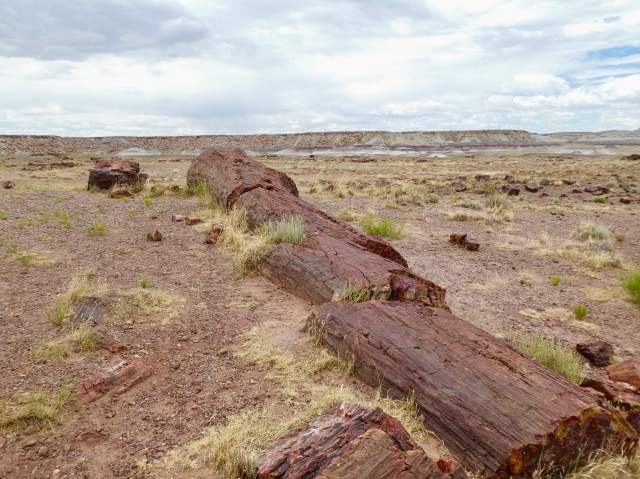 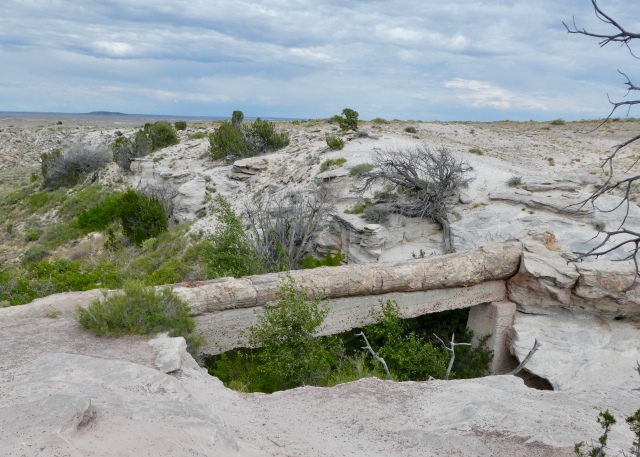 Agate Bridge is a 110 foot petrified log spanning a gully.  In 1917 park personnel placed the concrete support but it is expected to eventually fall due to the stream below creating change.   It is no longer allowed to walk across the bridge. 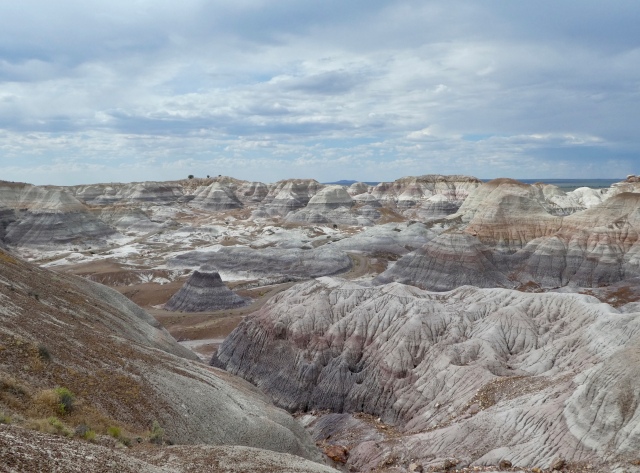 There are amazing landscapes along the  26 mile park road with overlooks and hikes to explore.  This area is called Blue Mesa.

This area is called The Tepees, showing the layering so prevalent in the park.  There are an abundance of fossils contained in the layers, another of the park’s area of focus.

There are over 1000 archeologic sites related to the ancient peoples who traveled through and lived in the area for thousands of years.

There are single and multi room pueblos.

There are petroglyphs and solar calendars. 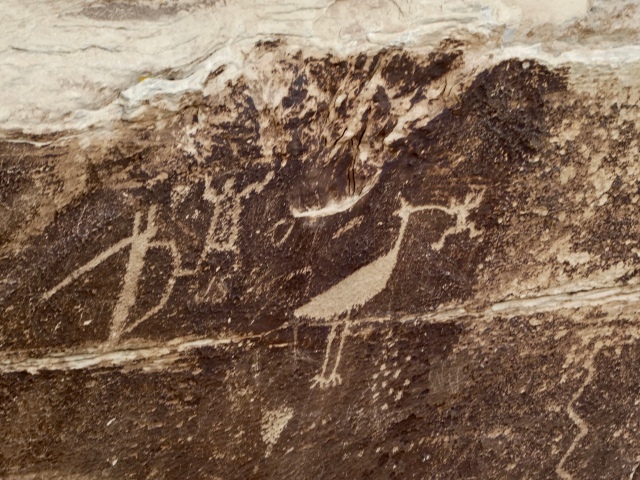 See the bird with the frog!

More recently, Petrified Forest National Monument was established in 1906 after a request from the Arizona Territorial legislature.   The CCC worked in the area from 1934 to 1941. The monument gained national park status in 1962.

This is one of the original entrance stations.  Over time these stations were used as restroom facilities and museums.  They now provide a cool breezeway with information placards. 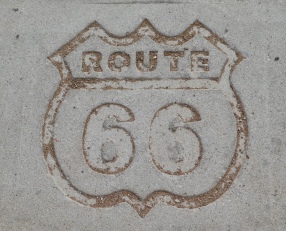 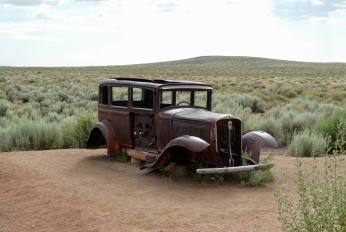 Route 66 went through Petrified Forest National monument and it is yet another area of park emphasis. 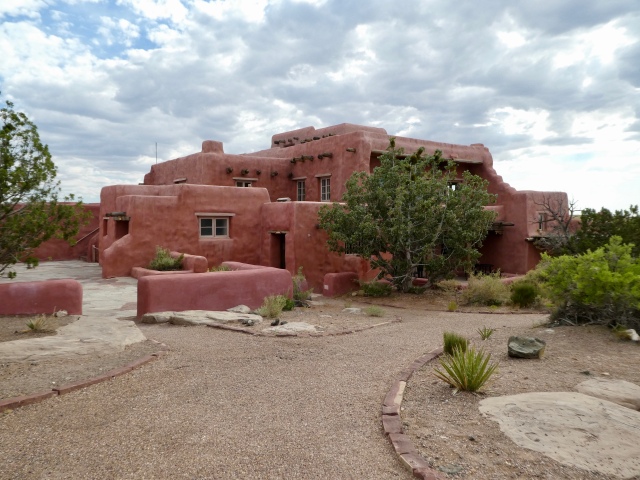 Travelers could spend the night or have refreshment at the Painted Desert Inn.  It is now a museum featuring the inn,  route 66 and the Harvey girls but was unfortunately closed by the time we arrived.  Another day….

We had enjoyable hours exploring the park but could have spent days   There are so many hikes and overlooks we just didn’t have time for.   Petrified Forest National Park is so much more than just petrified trees!

One of the reasons the Arizona territory wanted national protection for the area was concern about rocks and artifacts being stolen.  The current park position is to debunk the idea that there was massive theft and vandalism but there were a couple letters on display from people returning rocks.