Ordinary Americana – Worth the Trip

Like the pioneers of western migration, we are traversing the Great Platt River Road but we are doing it in reverse, going east instead of west, and on Interstate 80 instead of a flat river plain.  At an interstate rest area we saw an exhibit where wagon ruts had been covered and commemorated in brick.

The topography is very different in Nebraska than in our home state of Idaho but an advantage of the barren west is that Oregon Trail ruts are still visible more than 150 years later. We have seen miles of ruts thanks to our friend Jerry who has a passion for the Oregon Trail and took us on field trips over many years.

Our daughter Natasha and friends Christina and Elizabeth walking Oregon Trail ruts, circa 1995.

Our eastern migration destination for this day was Pioneer Village in Minden, Nebraska. It holds the country’s largest private collection of “Americana.” Opened in the 1950’s, Pioneer Village was awarded “Best Pioneer History Collection” in 2013, 2014, 2015 & 2017! We were prepared to be impressed! 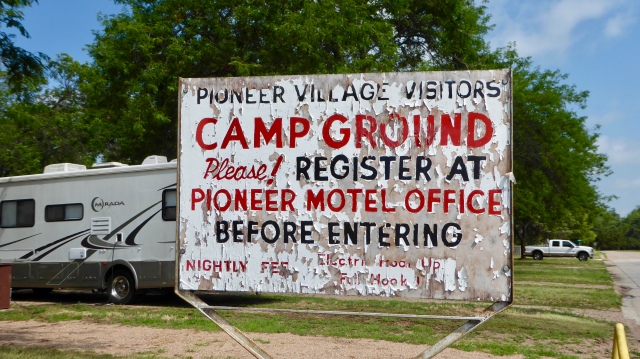 When we arrived at the Pioneer Village campground, we were not impressed.  After roaming the mostly abandoned motel grounds to find the office, our expectations were plummeting. 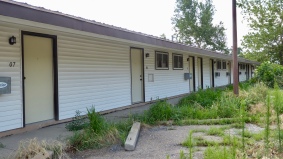 We checked in (after signing the required damage waiver) and found our site. 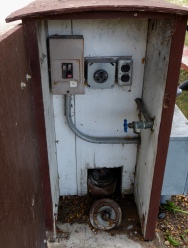 While I spent time picking up trash, Randy hooked us into very suspect looking utilities. (In fairness, the utilities worked great. The electricity was stable through a thunderstorm our first night and through the hot and muggy next day.) 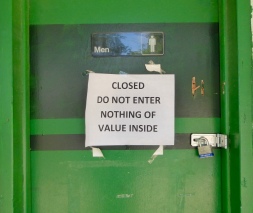 It’s good that we are self contained because restrooms were unavailable. 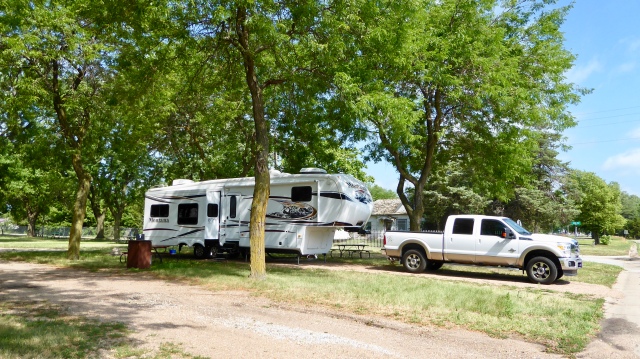 The site turned out alright once you got past the very rough first impressions.

We spent most of a day exploring the vast collection of Americana (over 50,000 items) in Pioneer Village.  I appreciated that groupings were displayed chronologically – and there were groupings of SO MANY THINGS! 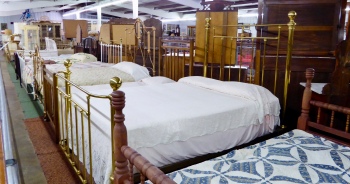 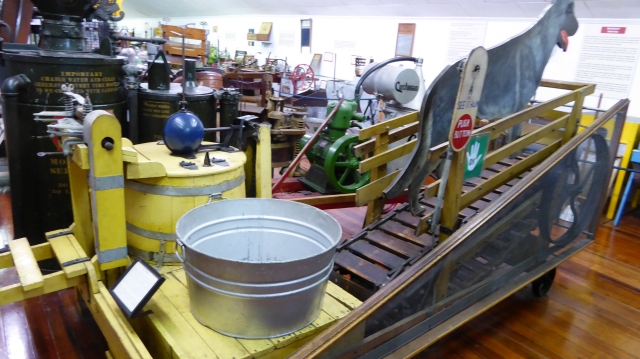 This is a dog powered washing machine.  We’d never make Elko work for our clean clothes!

There were old computers and a punch-card reader just like Randy used at Northern Arizona University about 1980. 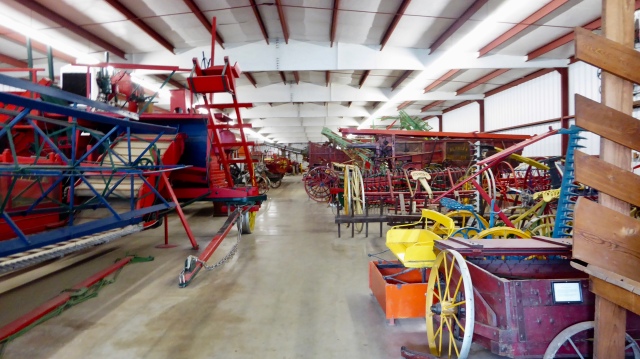 We skipped most of the farm equipment and antique tractors.  There was just too much to see.

We didn’t skip the wagons, buggies and automobiles  but couldn’t possibly give them all their due because there were so many of them – over 350 autos displayed chronologically. 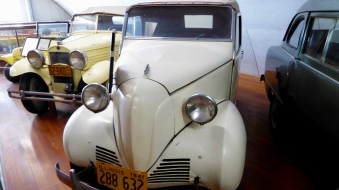 We had just had a conversation about how many cars there were that we had never heard of when we saw a 1978 poster listing 2600 U.S. automakers operating between 1898 and 1978. Only eleven companies manufactured automobiles for more than 40 years. Those eleven were Buick, Cadillac, Chevrolet, Chrysler, Dodge, Ford, Lincoln, Mercury(2011), Oldsmobile (2004), Plymouth (2001) and Pontiac (2010) and the dated ones have since discontinued. 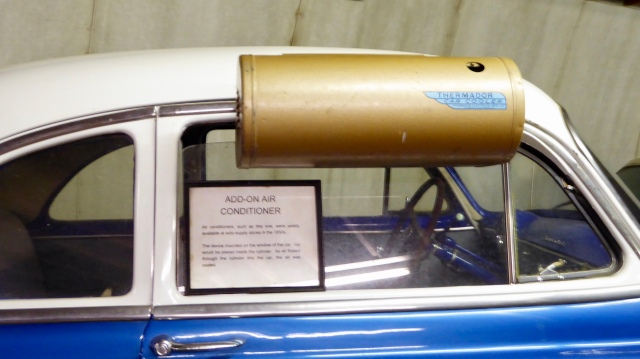 Interesting add-on air-conditioner from the 1950s!

My favorite part of the village is the displayed kitchens, bedrooms and living rooms across generations between 1830 and 1980!  Every actual sized room had so much detail.

Randy’s favorite part of the museum was just the fact that Harold Warp and his family went to so much effort to gather and present “ordinary aspects of American life for future generations to understand and enjoy.”

Harold Warp was a plastics pioneer. His company invented Jiffy Wrap and was the first to make plastic garbage bags. Products were marketed as Flex-O-Glass and Warp Plastics. 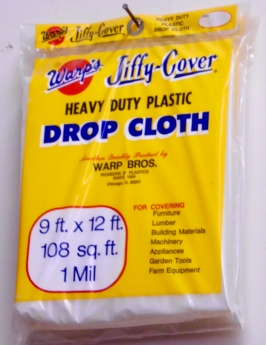 His goal was to preserve articles that made America grow and he traveled the country for decades purchasing and collecting the artifacts now on display.  He has since passed away and a private non-profit continues the mission.

Reviews on Trip Advisor for Pioneer Village were very good but a few expressed concern over the condition of the village.  It was somewhat confusing until we experienced it ourselves. We totally agree.  Pioneer Village is absolutely worth the trip because the collection is marvelous –  but you may want to come sooner rather than later.

6 Responses to Ordinary Americana – Worth the Trip