We came to Farmington to hike in the Bisti Wilderness, see the alien egg formations and then explore Chaco Canyon. Since the heat wave followed us that just didn’t sound fun.   So we went with plan B: Durango Colorado, 60 miles away, and up in the mountains!

Our destination was the Durango & Silverton Narrow Guage Railroad, D&SNG, built 1881-82 to transport supplies north and mining ore south between Durango and Silverton.   Given the 45 mile mountainous route with elevation increasing from 6522 to 9318 feet, the train was an engineering marvel. 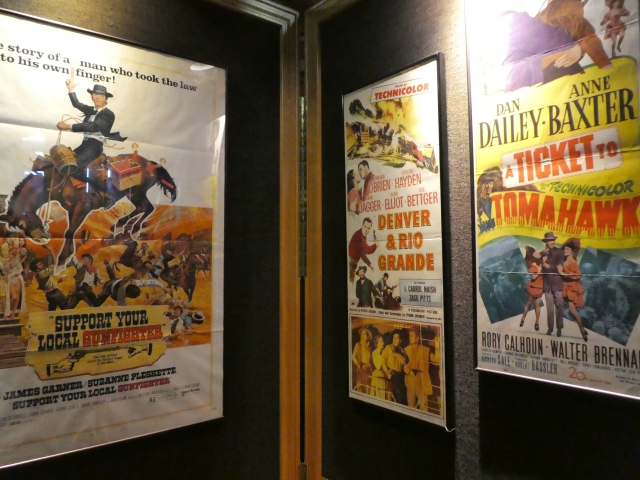 When mining became less profitable after World War II the train’s future was at risk.  Hollywood provided a bridge as many films were made using the train and surrounding areas.  Tourism followed.

Over time, disrepair and neglect threatened the line again.  Charles Bradshaw, a railroad historian, purchased D&SNG in 1981 upgrading the rails and equipment, and tourism grew again. 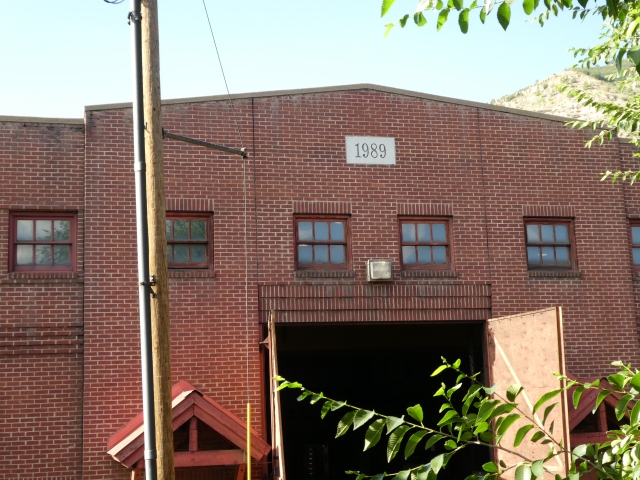 In 1989 a fire swept through the round house destroying infrastructure and damaging locomotives and cars.  Once again Bradshaw invested in the Durango and Silverton and the line was saved again.

There are several options to ride,  all with assigned seating.  We opted for an open air car. 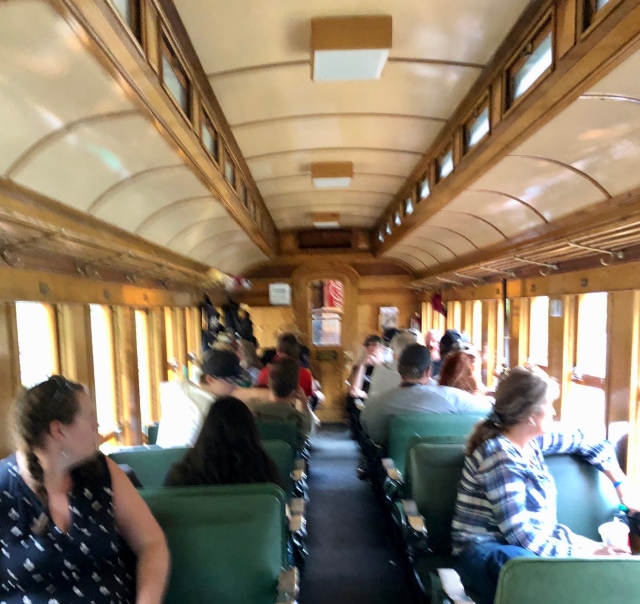 This ‘train was rocking’ blurry picture shows another option.

There was a concession car. 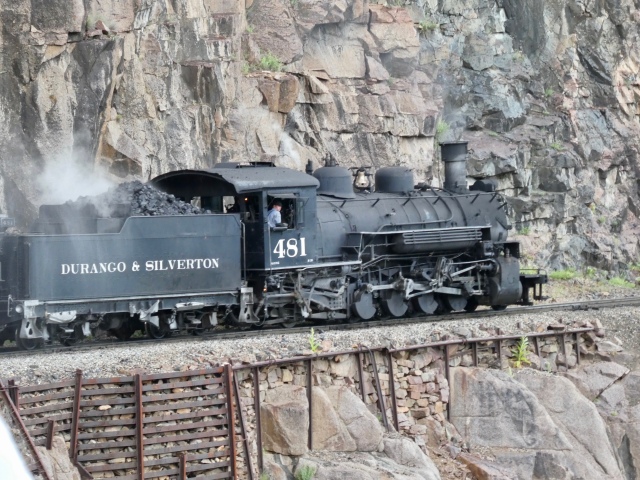 Passengers on the other side of the car were pleased with their view as we began.

We had the mountain side and sometimes it was very close! 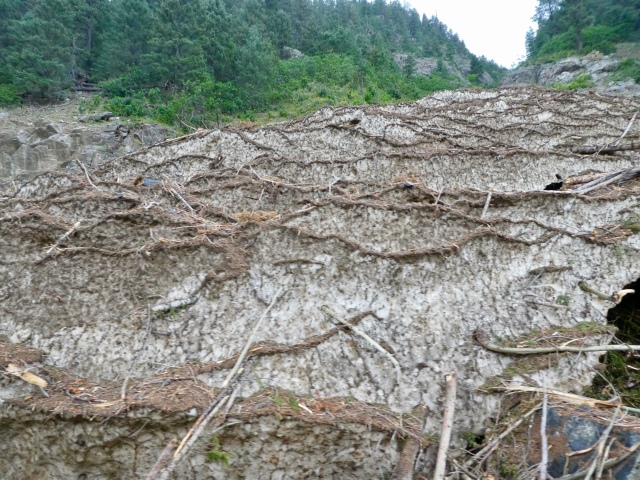 We had interesting snow on our side.

During our 3.5 hour ride up the canyon we crossed the Animas River several times.

We also stopped to take on water several times. 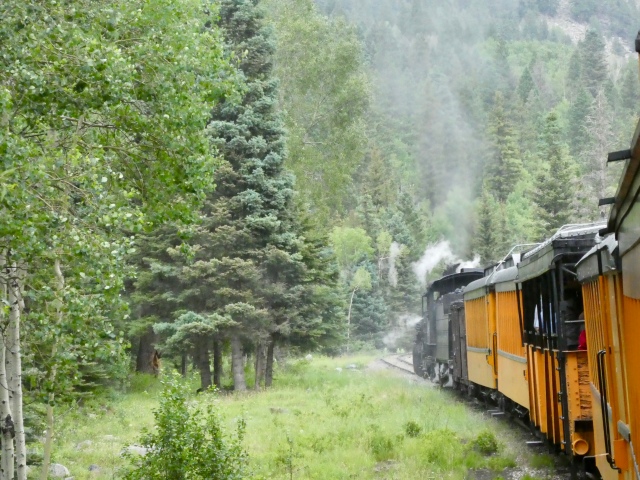 Occasionally we saw steam coming horizontally out of the locomotive.  That was to fine tune the water spray for optimum production. 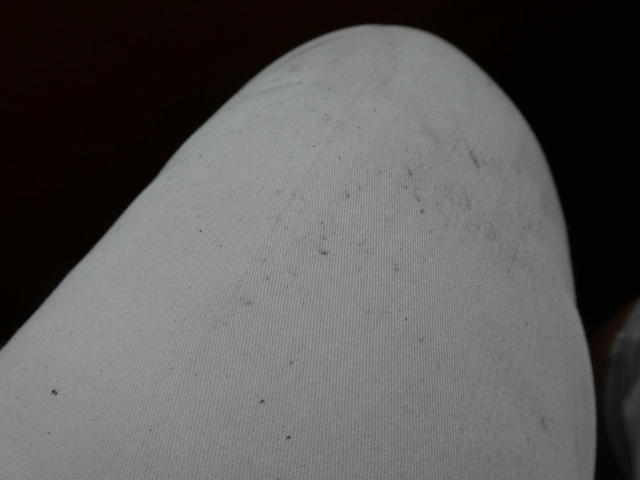 The locomotive had a sooty discharge.  White pants weren’t ideal – even 6 cars back!

Coal locomotives have risk of escaping cinders.   A  special “car” follows with 30 gallons of water to douse any stray ember.  Another 500 gallon car follows that one.

And if those efforts fail, a helicopter and bucket is available.

What wasn’t clear is how many of these precautions have always been or how many are in place now because of the 2018 “416 Fire.”  Government investigators found the Durango & Silverton Narrow Gauge Railroad and current owners, American Heritage Railways, responsible for the fire that destroyed 54,000 acres, crippled the local tourism economy and cost $25 million to fight.   Litigation is pending….

On a happier thought…Old trains seem to make people happy.  Throughout our ride we saw people taking pictures and waving.

We saw one of the old mines as we approached Silverton.

After arrival, train guests are guaranteed 90 minutes before return departure.  The other option is to take the bus down which allows more time in Silverton and still gets into Durango before the returning train.   We opted for the latter since we had more fun planned. 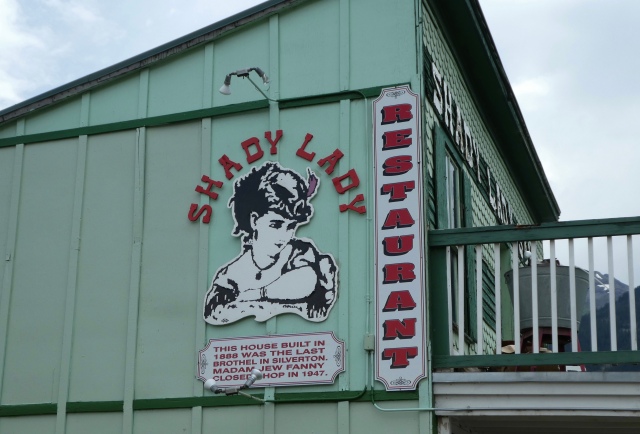 Our first task was to find lunch.  There are a number of restaurants available including the Shady Lady, site of the last Brothel in Silverton, closing in 1947.

We opted for Natalia’s, also a former brothel, with a sign that read:  Natalia’s is home to one of the oldest standing bordellos in town built in 1883.  Sorry, that service is no longer provided… but the food is great. 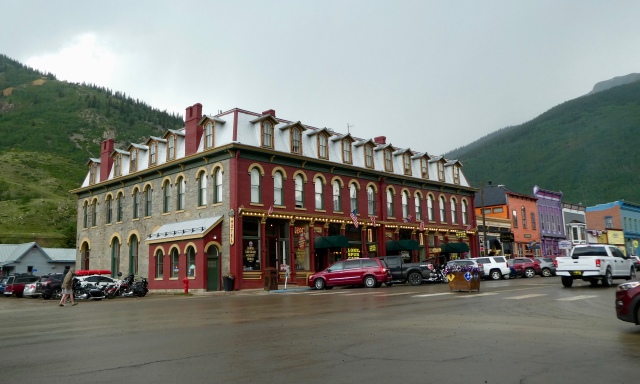 Hunger quenched we set about exploring.  We learned between 300-500 people winter in Silverton when temperatures can dip to 30 below zero.  Most businesses operate from Memorial Day to Labor Day. 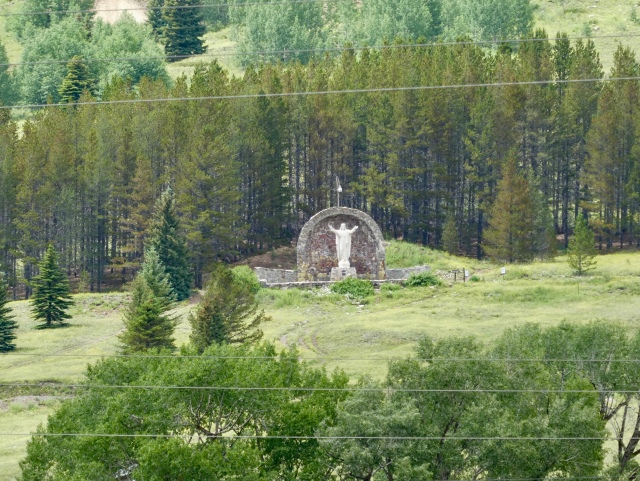 We saw a shrine on the hill and went part way up.  I later tracked down the story.  1950s Silverton was struggling with many mines closing.  The men’s club from St. Patrick’s Catholic Church was looking to honor Christ and decided to build a shrine.  County commissioners agreed to donate the land and owners of a dismantling local brewery donated the stone.  That excited the Italian stone masons and others and the shrine on the hill became a community effort.

The community raised $6,000 to buy and ship the Christ statue from Italy and celebrated when it was put in place.

Three miracles are attributed to the Christ shrine.  First, shortly after installation a uranium company purchased one of the mines reviving employment in the area for a time.  Second, 1000 seedlings donated by the Forest Service, planted by the community, and watered three times weekly for a month and a half before the rains came, survived their first winter and flourished.   The third attributed miracle came years later, in 1978, when Lake Emma burst through the mine when no one was present, thus no one was killed or injured.

A “near the shrine” view of Silverton. 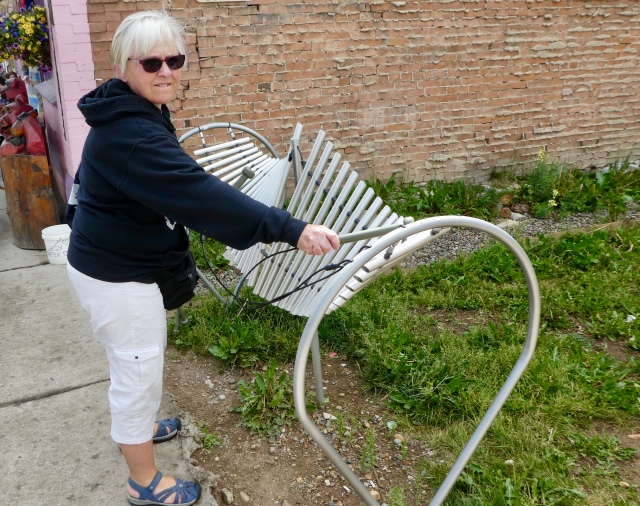 In town we found Freenote Harmony Park.  These parks are the project of grammy winning musician Richard Cooke.  His mission was to build Global Musical Parks on five continents, including all 50 states in the US.  I appear to be concentrating way too hard!

The bus ride down the mountain took 90 minutes and was sporadically narrated.  We arrived in time to welcome the train that came in before ours. 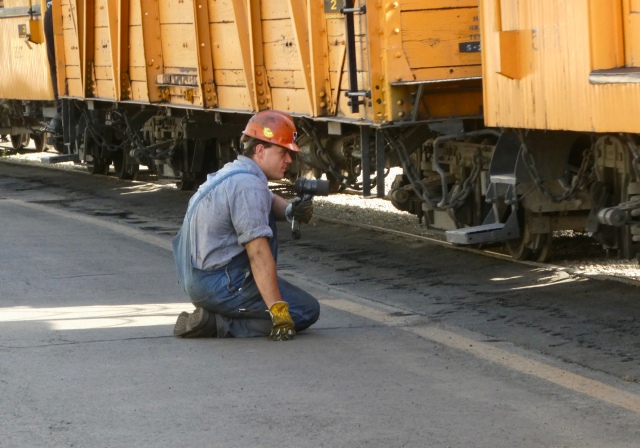 We watched as workers knelt on either side and peered under the train as it went by.  We were told they were watching every axel and break pad.  They do so for every train coming and going.

We thoroughly enjoyed the train part of our day! 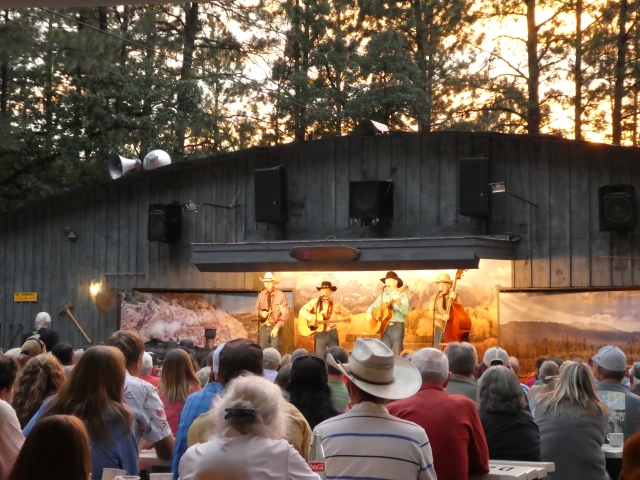 Next up was the BarD Old West Music Show and Chuckwagon Supper.   We’ve been to quite a few of these over the years and this one was outstanding.  BarD has been in operation since 1969 with shows nightly from Memorial Day weekend through Labor Day.

We had a great day in Colorado and even had to wear a jacket for part of the day.  Imagine a train whistle celebration for that!

10 Responses to Plan B:  Colorado!